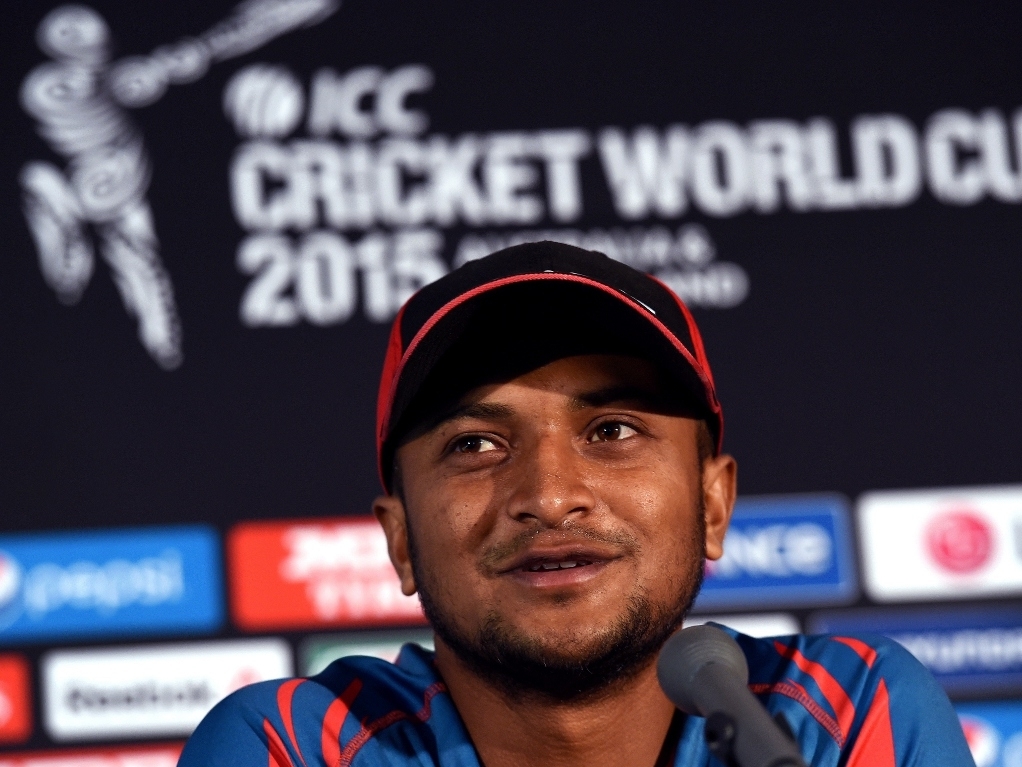 India may be unbeaten so far in this World Cup, on their way to defending their title, but Bangladesh star Shakib-al-Hasan knows they can beat the world's richest side, as they've done it before.

They just need to play without fear, Shakib feels, as they head to their quarter-final clash, and recalled their win over India in the 2007 even in the Caribbean. The Tigers reached the quarters this year thanks to a thrilling win over England.

Shakib said of their win over India in 2007: "I think we played fearless cricket and we all want to play that brand of cricket that we played.

"And, so far in this World Cup, I think we're doing it. If we do exactly what we did against England or New Zealand, I think we'll have a very good game.

"It depends on the day, we need to start well. Whatever we do and if we keep doing that and we keep the momentum in our favour then anything is possible."

He continued: "India have a very good team, they are the defending world champions, they've got some world class players but we're doing well in this World Cup, our confidence is high enough and we're up for the match.

"Obviously, on pen and paper, India is a better team than Bangladesh, no-one has any doubt about it.But on the day it's a one-off game and if we have a good day and they have a bad day, you never know."

The all-rounder conceded that the expectations from the fans back home were very high, especially after beating England, but they were prepared to live up to that, and play well even if they ended up losing.

He said: "In the subcontinent, people always expect a lot from you and because we're playing well there is some expectation.

"But we need to focus on the game and how well we can play the game, that's the key thing.

"And if we do that I think the result will take care of itself. It doesn't matter, win or lose, if we play our best cricket, that's the key thing."