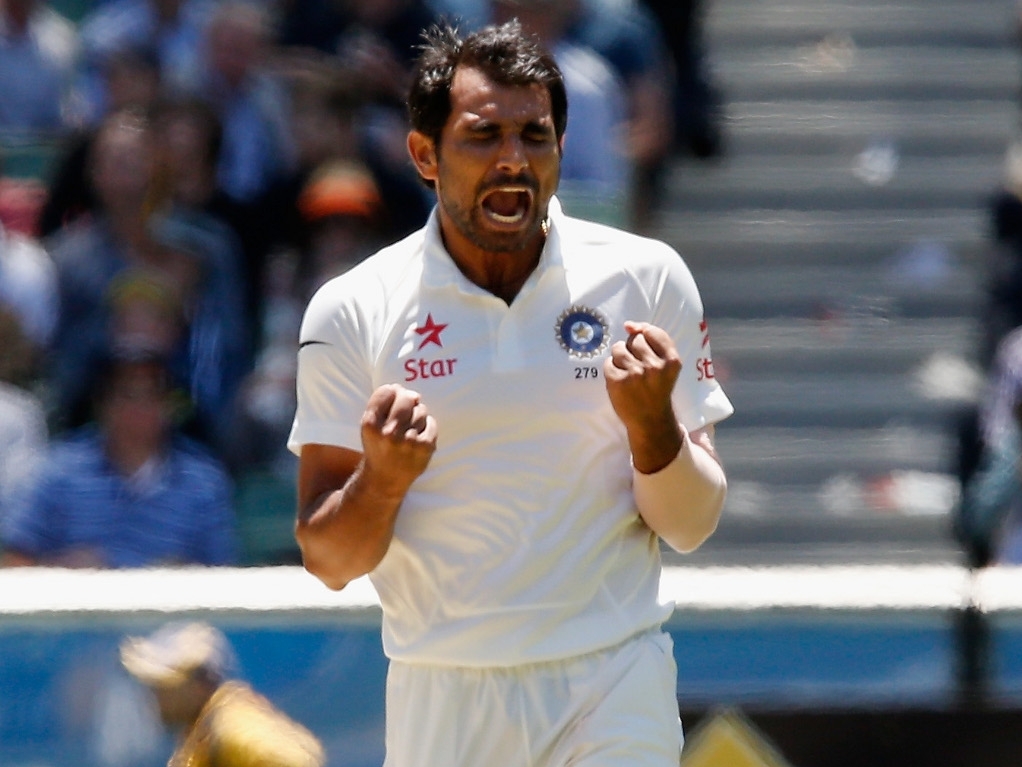 India fast bowler Mohammed Shami has described his quest to regain his fitness after being out of international action for over a year, saying he gave his trainers carte blanche to work him back to bowling shape.

Shami was injured from March last year to this July, and says he picked up 15 kilos in that time, which he needed to get rid of before coming back into the Test side against the West Indies.

He has been back to his best upon his return, taking eight wickets in two Tests, and has praised his physical trainers for getting him back to tip-top shape.

Shami said on the BCCI website: "I could not walk and was on crutches for two months (after knee surgery).

"I had decided that in my comeback game for India, I should have the same bowling rhythm as my last game. It required a lot of hard work.

"I had gained 15 kg and was weighing 90 kg. My biggest concern was shedding the extra kilograms that had piled up. It took me four months to lose 14 kg and now I weigh the same as before.

"I kept working in the gym for up to six hours every day. I was overweight, I had to get back in shape and after that, the challenge was to bowl in the same manner as I used to.

"It was a really tough phase it required tremendous hard work. Thanks to the Almighty that I have achieved the same rhythm as before.

"I had given full freedom to our trainers and coaches. I told them, 'You put me through any sort of discomfort and I am ready to bear the pain. Treat me the way you wish to, but make sure I am back to my best'."

When asked if he had been afraid about getting re-injured upon his return, Shami added: "I had taken so much load in the last eight months that fear inside me was killed.

"Nothing scared me anymore. I gave it all in my rehabilitation and thus was fully prepared for the first Test in Antigua."

The third Test of the series starts on 9 August at Gros Islet.