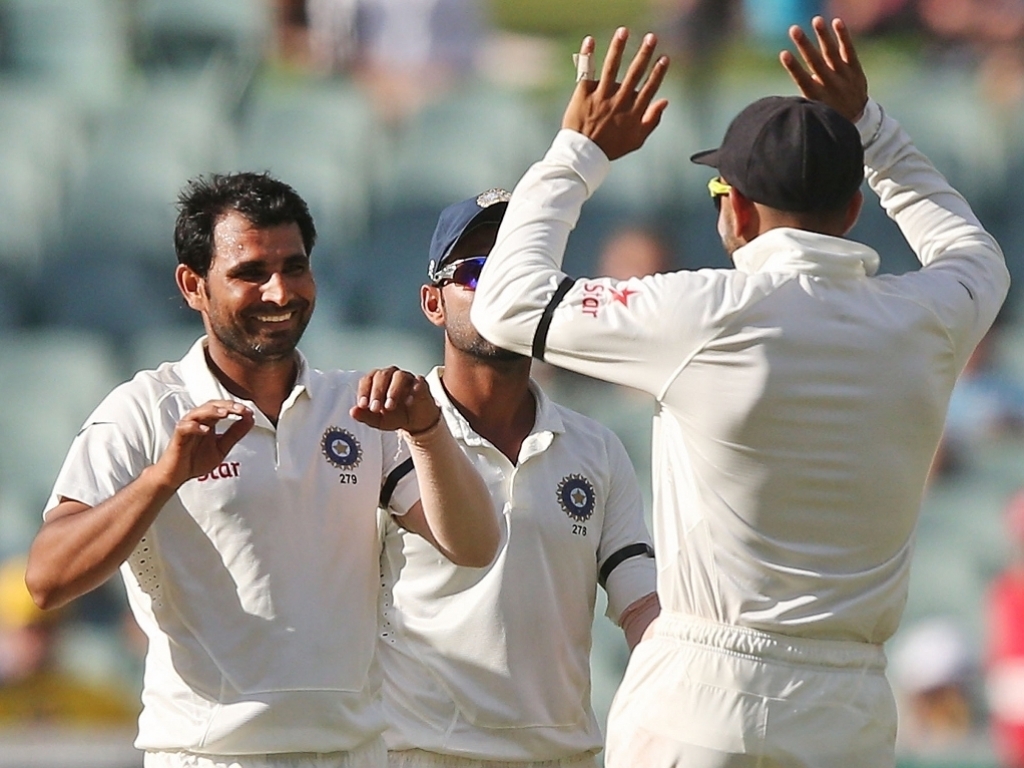 India fast bowler Mohammed Shami believes India need to bowl Australia out early on the second day if they want to press home any advantage they gained on Day one of the third Test at the MCG.

Shami, who came into the side to replace Varun Aaron, gave praise to the his fellow bowlers for sticking to the game-plans and not letting Australia get away from them.

Australia ended the day on 259 for five with skipper, Steve Smith still at the crease on 72.

India's bowling attack has struggled to contain the host's batsmen in the series as Australia won the first two matches, in Adelaide and Brisbane, in the four-match series.

Shami said: "Throughout the series, our intention has been to bowl to a plan, to bowl line and length. "But plans don't always work out. Sometimes it isn't the bowlers' day, so line and length goes awry.

"Sometimes you don't get wickets or give away runs even when you bowl well. The focus today was on line and length, and I am glad that today we did that."

The right-arm bowler recovered from a slow start to end the day with figures of two for 55 in 17 overs, and seemed happy with the effort he put in, even though he left the field with an injury during the day's play.

He said: "My effort was to focus on line and length in the morning. If a bowler can achieve that then there is nothing difficult for him. I didn't focus on pace because the conditions weren't right and I only do that when I get help from the pitch.

"Otherwise I focus on line and length."

Shami said of his fitness: "There is no question on my fitness. Niggles keep happening on the field all the time. There is no problem as such. I just strained my left thigh and went out to avoid any injury.

"I stretched and came back to bowl the last over. I am fine now and will be bowling tomorrow."

He concluded: "We will come out tomorrow to bowl Australia out early. If we can finish their innings in the morning session, then that will be good for us."