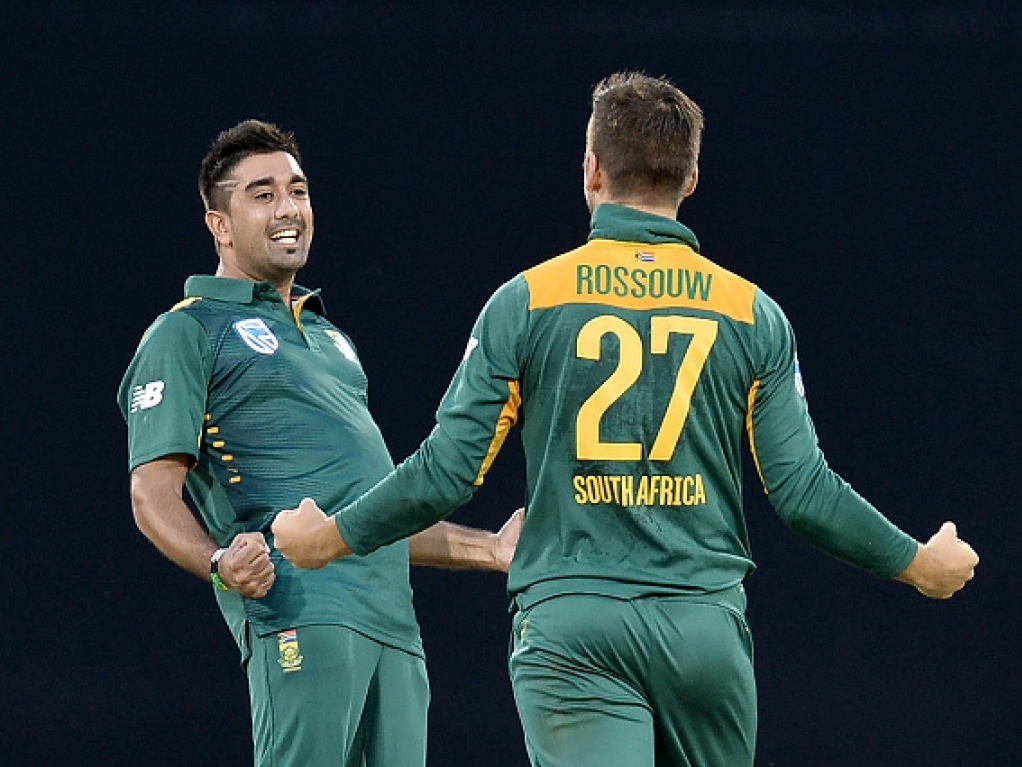 South Africa spinner, Tabraiz Shamsi, is expecting a return to the status quo when the triangular series moves to Basseterre on Saturday.

Modern cricket, generally, favours the batting side, something tweaker Shamsi is aware of as South Africa prepare to face Australia in St Kitts and Nevis on Sunday.

Runs were hard to come by in the spinners paradise of Guyana, but Shamsi told ESPN Cricinfo that he doesn't believe this will continue at Warner park, joking: "They say cricket's a batsman's game, and this leg showed they're probably just making us bowlers feel good before they start giving us some big hits again,

"That was nice as a spinner – to get a turning track with a big field to go with it. But if you're given a small field, you've just got to make the best of it and come up with a plan. Hopefully, it works."

Shamsi knows the Warner Park ground well, having featured for the St Kitts and Nevis Patriots in the 2015 season of the Caribbean Premier League.

This experience coupled with a solid debut may see Shamsi retain his place in the side even though the Proteas are expected to reduce their spin contingent in Sunday's contest.

South Africans will remember Warner Park as the ground where Herschelle Gibbs smashed six sixes in an over during the 2007 World Cup, while the conditions should promote easier run scoring Shamsi still believes spin will play a role, saying: "In the Caribbean, all the pitches turn. I played here last year, so I know the surfaces are quite friendly towards spinners,

"Anywhere we go in the Caribbean, spin will definitely play a role."

It seems likely that Shamsi will be retained alongside Imran Tahir, with Aaron Phangiso set to make way for Morne Morkel.

Should this transpires it will give Shamsi and opportunity to work with mentor Tahir up close, Shamsi praised his veteran teammate: "Imran has been a world-class performer for many years. He has been a big help for me, not just on this tour, but over the last couple of years,

"I'm always on his case, asking for tips, because he's performing at such a high level and that could only help my game."

Tahir and Shamsi have both garnered reputations for exuberant celebrations, something Shamsi was criticized for by Australia opener David Warner during the IPL.

The young spinner doesn't want to lose his love of the game though, saying: "As you grow older and get into the professional environment, there's a lot of pressures based on performances.

"There's a lot of people scrutinising you. So we tend to forget that fun factor,

"That's one thing I never want to forget. Ultimately, we play the game because we love it initially.

"That's something I always want to remember going forward into my career, however long it may be."

South Africa meet Australia on Saturday at Warner Park, before taking on the hosts West Indies on June 15 at the same venue.