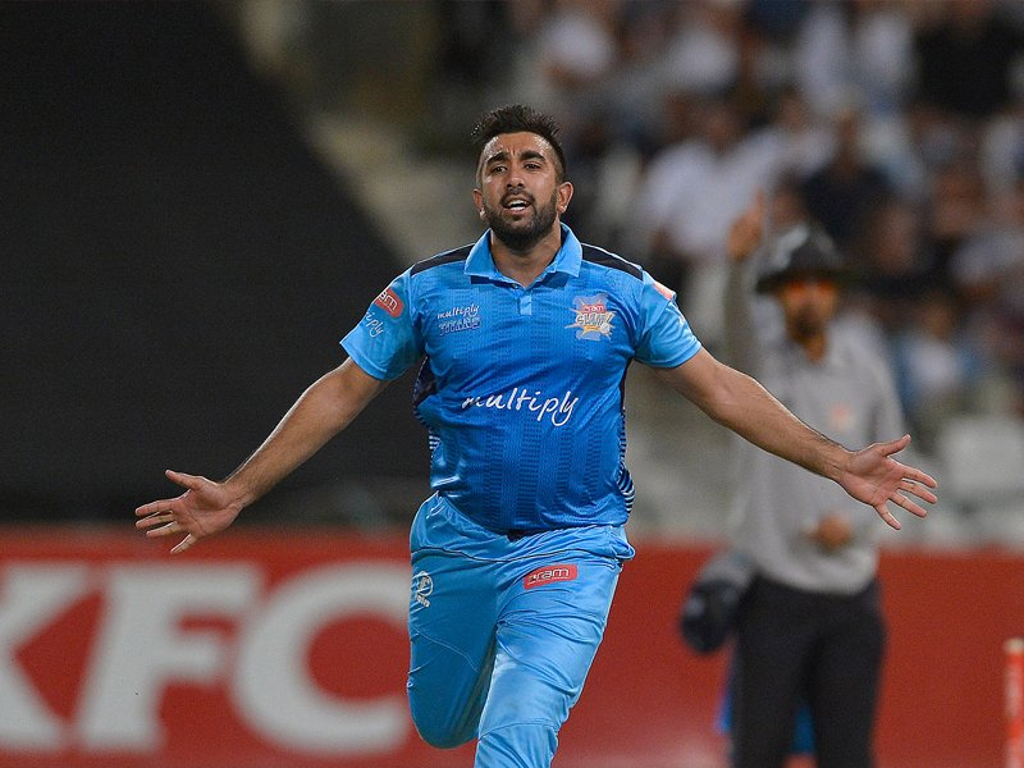 Tabraiz Shamsi’s best-ever RAM SLAM T20 Challenge figures helped the Titans book their ticket to this weekend’s final with an emphatic eight-wicket win over the Warriors at SuperSport Park in Centurion on Wednesday.

The Proteas spinner grabbed four for 32 as the hosts and defending champions dismissed the visitors for just 143 in 18.1 overs, before unbeaten half-centuries by Aiden Markram and AB de Villiers eased them to victory with a whole 4.4 overs to spare.

The result means that the Titans will host Saturday’s final and now await their opponents, which will either be the Dolphins or Cape Cobras, who meet in the second semi-final on Thursday.

Whoever the Pretoria-based franchise play, though, they will be the favourites on current form, which had seen them emphatically take the number one spot during the league phase of the competition.

The Warriors had entered the game on Wednesday high on confidence after three successive wins, but after losing the toss and being put in to bat, they were under the pump from the outset.

They were successful to a point, having added 63 for the third wicket, before Markram (1/30) broke the stand.

It was then the Shamsi show as he sliced through the middle and lower order, before Junior Dala (2/18) mopped up the tail.

The Titans lost Quinton de Kock (1) cheaply, and after Heinrich Klaasen – a late inclusion in the team after an injury to Henry Davids in the warm-up – made 24, De Villiers struck 54 (36 balls, 2 fours, 4 sixes) and Markram crashed 56 (38 balls, 5 fours, 3 sixes) in an unbroken 101-partnership for the third wicket to take their side to a resounding win.