Shane Warne to be rightly honoured with state funeral 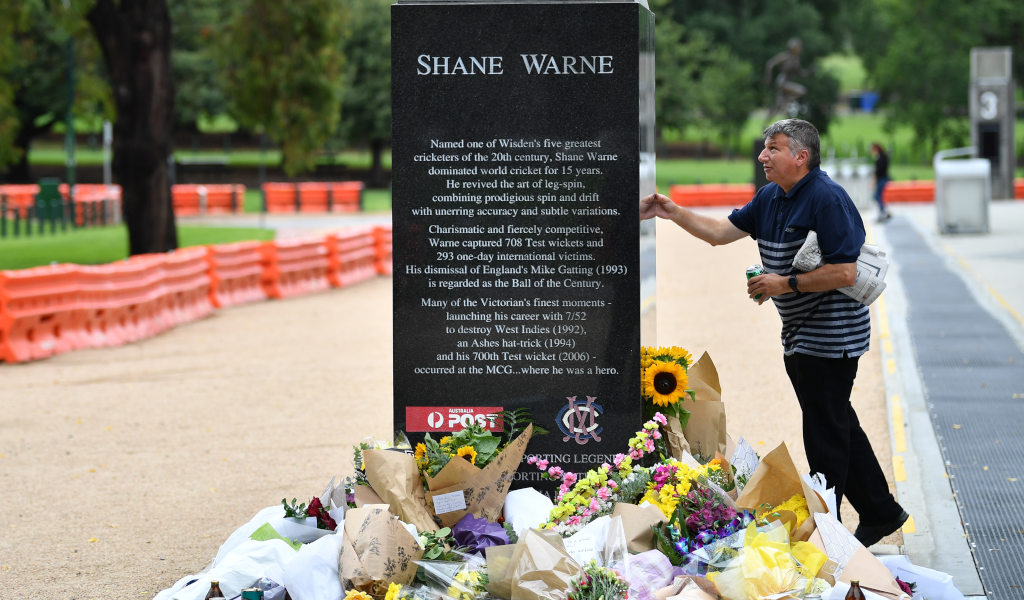 Australia will hold a state funeral for Shane Warne government officials have confirmed this weekend.

The Warne family have accepted the offer of a public funeral for the cricketing great, who died of a heart attack aged 52 on Friday.

It is unclear when the funeral will take place as Warne’s body is still in Thailand.

Warne family allow the public to mourn with them

Australian MP Daniel Andrews, the Premier of Victoria, said on social media that the occasion would be an opportunity for the country to honour the sporting superstar.

“I’ve spoken with the Warne family again today and they have accepted my offer of a State Funeral to remember Shane,” Andrews posted on Twitter.

“It will be an opportunity for Victorians to pay tribute to his contribution to his sport, to our state and the country. Details will be finalised in the coming days.”

Shane Warne will be missed

Tributes have flooded in from across the world following the shock death of one of sport’s most charismatic and loved figures.

Fans have continued to lay floral tributes and other offerings at the Melbourne Cricket Ground’s Shane Warne statue, while the stadium’s Great Southern Stand will be renamed the SK Warne Stand in the spin king’s honour.

Warne shot to global fame with the ‘ball of the century’ to flummox and dismiss Mike Gatting in the 1993 Ashes series against England.

He went on to claim 708 Test wickets, the second-highest haul in history, in a 15-year career spanning 145 matches.