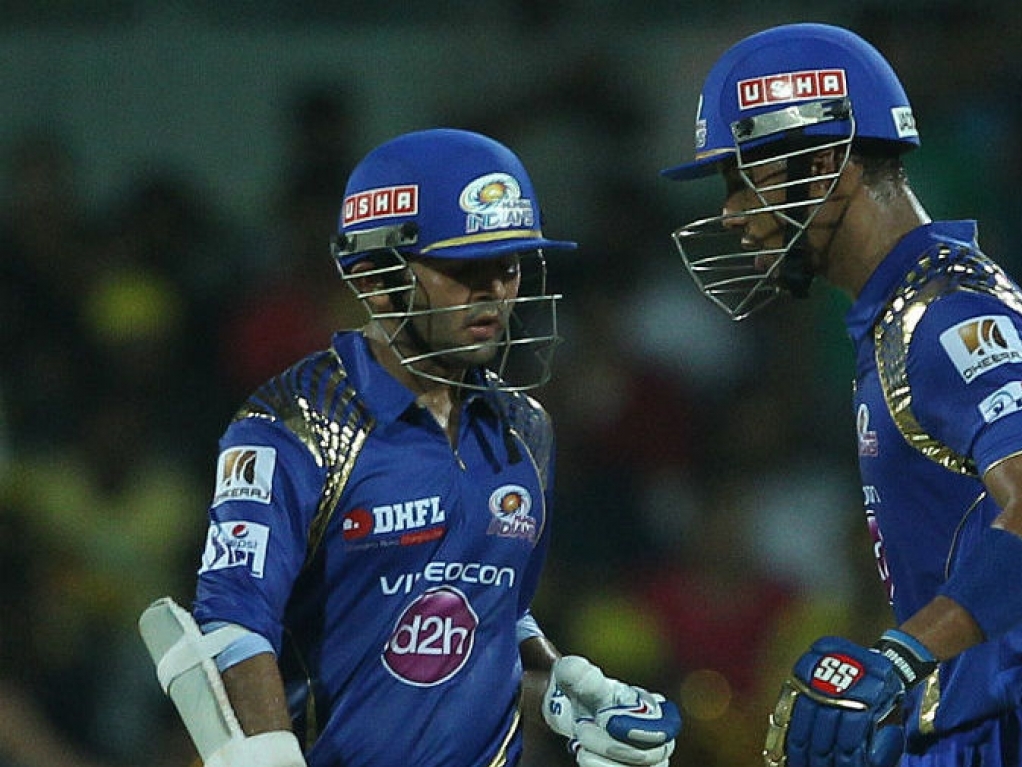 Rohit Sharma and Joss Buttler did most of the damage as the Mumbai Indians beat the Kolkota Knight Riders by six wickets in the IPL on Wednesday.

KKR set a formidable target of 188 for victory, but captain Sharma carried his bat for Mumbai to guide them over the line with five balls to spare.

Following the early dismissal of Robin Uthappa, Guatam Gambhir and Manish Pandey combined for a superb 100-run partnership to set the perfect platform for Kolkota as they were sent in to bat first.

Pandey was eventually caught and bowled by Harbhajan Singh, but Andre Russell also provided plenty of support as he and Gambhir kept up run charge.

Mumbai would chip in with a few late wickets and a run-out at the death, but by the end of the innings Gambhir (62), Pandey (52), and Russell (32) had combined to set a very respectable total.

Sharma and opening partner Pathiv Patel added 50 runs in quick time as Mumbai started their innings, but the chase seemed to falter after Patel's dismissal, as the likes of Hardik Pandya and Mitchell McClenaghan came and went without troubling the scorers too much.

It was only when Buttler joined Sharma at the crease that Mumbai's chase really caught fire.

With the Englishman smashing 41 off 22 balls and Sharma ending unbeaten on a superb 85 off 54, the duo constructed a fantastic partnership that brought their side to within eyesight of the finishing line.

Buttler was dismissed with nine balls remaining and 13 runs left to chase, but Sharma took Russell to the cleaners straight after, smashing three straight fours at the end of the 19th over to allow Pollard to jog through for a single at the start of the 20th and wrap up the victory.