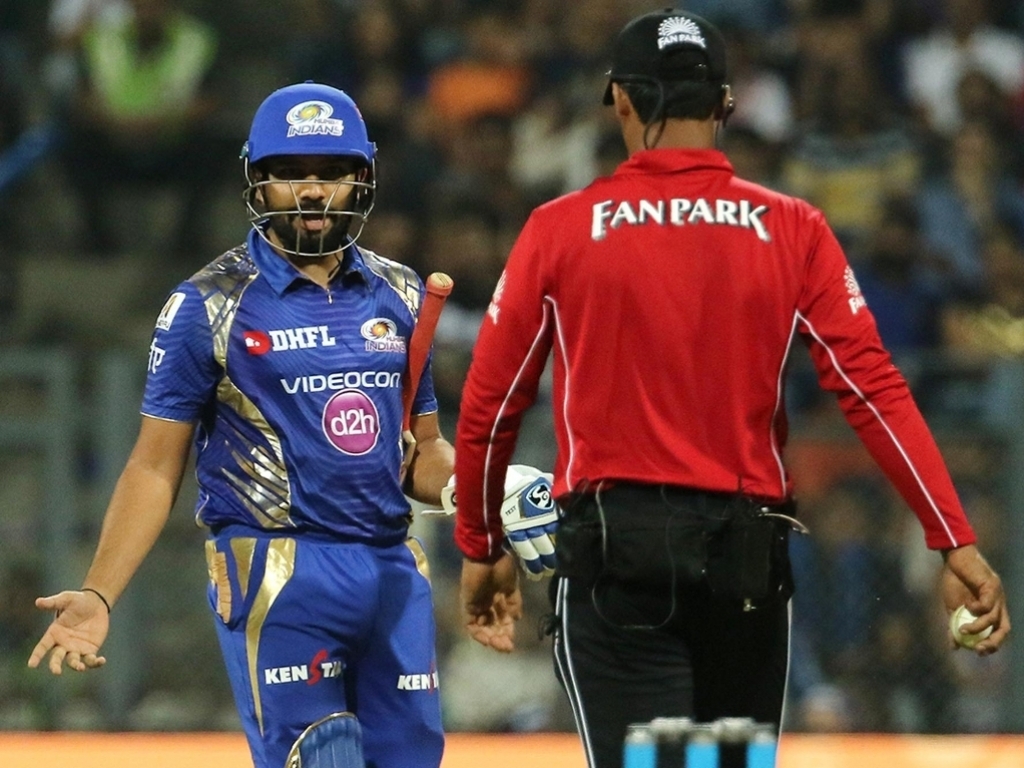 Mumbai Indians skipper Rohit Sharma has been given an official reprimand for showing dissent to an umpire’s decision during his side’s four wicket win over the Kolkata Knight Riders.

Sharma was given out leg before despite getting a thick inside edge on the ball which the cannoned into his pads.

The Mumbai franchise’s captain then engaged in a brief yet furious discussion with the umpire while gesturing to his bat.

The IPL issued a media release that read: “Rohit Sharma, the Mumbai Indians captain, was reprimanded by the match referee for showing excessive, obvious disappointment with an Umpire’s decision during his team’s contest against the Kolkata Knight Riders at the Wankhede Stadium.

“Mr Sharma admitted to the Level 1 offence 2.1.5 of the IPL Code of Conduct for Players and Team Officials.

“For Level 1 breaches of the IPL Code of Conduct, the Match Referee’s decision is final and binding.”