Home Countries India Shastri: Dhoni’s retirement a ‘bolt out of the blue’

Shastri: Dhoni’s retirement a ‘bolt out of the blue’ 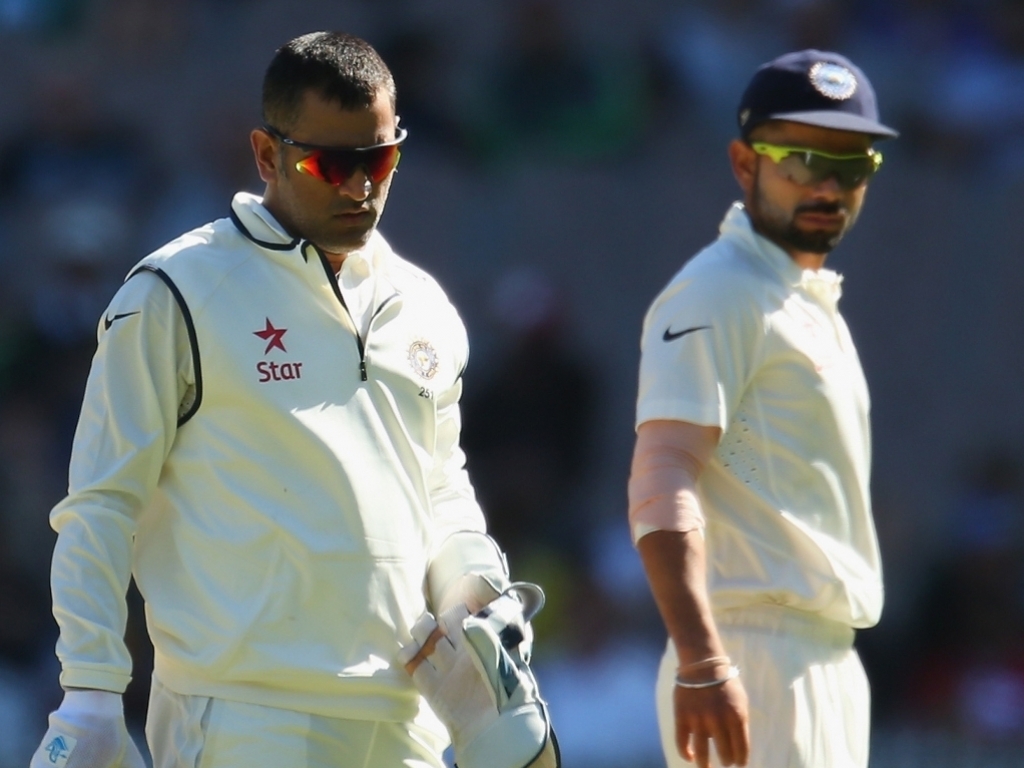 India team director Ravi Shastri has revealed that Mahendra Singh Dhoni's retirement from Test cricket last week came as a shock to him, and he didn't think Dhoni had even told his family about his plans.

Dhoni announced his retirement just hours after the third Test against Australia ended in Melbourne, saying he was leaving with immediate effect, and left Virat Kohli in charge of the side for the fourth and final match.

When asked if he had any idea that the announcement was coming, Shastri said: "None. It came like a bolt from the blue.

"Not till after he returned from the post-match presentation did I come to know when he had a quick word with me, then the players. I understand he had not even spoken to his family about it.

"It was an unexpected decision no doubt, but a courageous one. In my esteem Dhoni has gone up by miles. He hasn't waited to complete 100 Tests and all such pointless statistical stuff.

"He didn't want any farewell fanfare. That shows his character. He's different and quite remarkable."

Shastri also laughed off the idea that Dhoni had felt the pressure to retire because those inside the dressing room wanted Virat Kohli to be captain, and said such an idea was 'trash'.

He added: "You guys have no idea of the respect Dhoni commands, not just from Virat but every member of the squad, support staff and administration."

And now Kohli must lead the side, and Shastri was asked about the young batsman's comments about Mitchell Johnson earlier in the series, when he gave an aggressive and outspoken press conference about the Aussies.

Shastri was unconcerned, saying Kohli's personality was clear to everyone for years, and that he tended to lack a filter when he was upset, and he'd learn from his mistakes in time.

He said: "That's his personality. He is aggressive, passionate and wears his heart on his sleeve. But he's also prepared to walk the talk.

"Remember also, he's only 26 and still getting used to captaincy. With a little luck, the score line could well have been different. This is a young team that has acquitted itself very creditably."