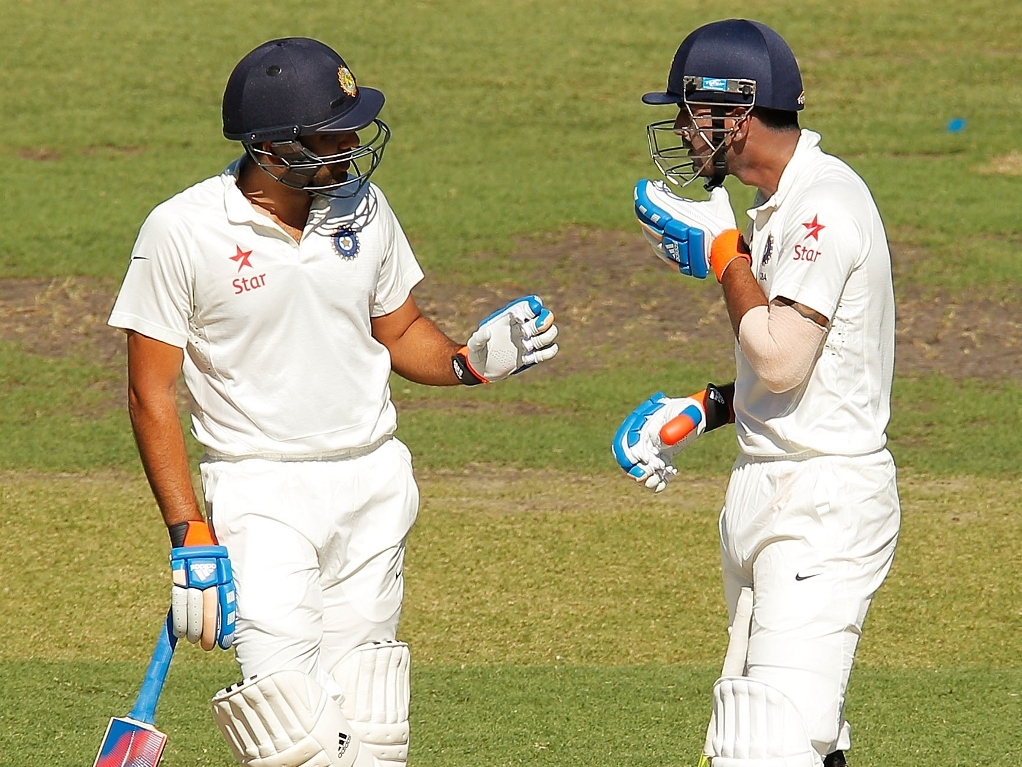 India team director Ravi Shastri is happy about the competition for batting places in the India team ahead the upcoming three-match Test series against Sri Lanka starting on Wednesday.

With India's new Test captain Virat Kohli insisting that his side play five specialist bowlers, there is only room for five batsmen.

The number three position is causing the India management the most headaches with Cheteshwar Pujara and Rohit Sharma battling to come in at first drop.

Rohit is the man in possession as he played in the last Test against Bangladesh in June but only scored six in a total of 462.

When asked if Pujara will play in the first Test against Sri Lanka, Shastri was very cagey about team selection but from what he said it certainly seems that he prefers Rohit to play.

Shastri said: "We will have to play our five best batsmen. If he [Pujara] fits into that he will play, if he doesn't, he won't. As simple as that.

"We have to understand why he is getting out. Is it lack of concentration or a lack of mindset where he gets defensive and doesn't want to dominate the bowling or keep the tempo going."

"We know he [Rohit] has the game for it and let's hope he clicks because it will be exciting from Indian fans' point of view if he gets cracking.

"It's just a case of him smelling the coffee. Spending some time in the middle and getting a start and then we know what he can do."