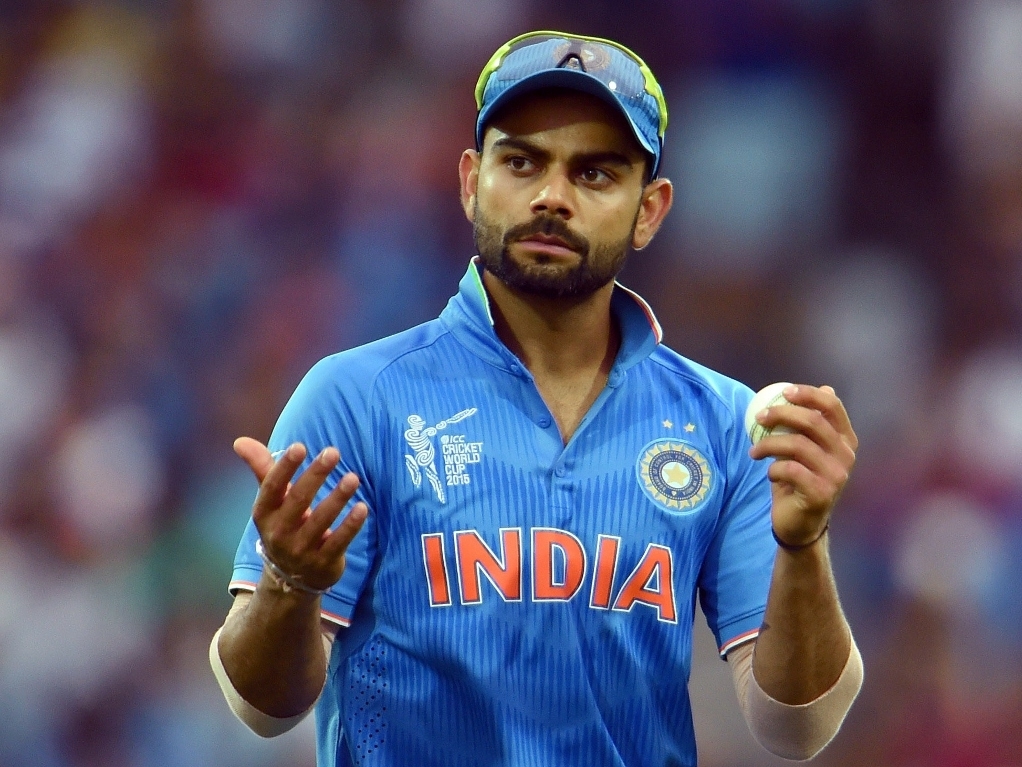 India team director Ravi Shastri has given a dead bat to the idea that batsman Virat Kohli's girlfriend, Anushka Sharma, was to blame for his performance in the World Cup, saying the idea was ludicrous.

India fans were heavily against Anushka's presence in Australia for much of their four month tour, blaming her for Kohli's drops in runs, but Shastri said Kohli scored four centuries in the Tests, as well as one in the World Cup, so that reasoning did not make sense.

Shastri scoffed to PTI: "If it was so, Virat wouldn't have got 700 runs and smashed four centuries in Tests in Australia. His work ethics is as good as any I have seen. His heart beats for India.

"It's a pedigree you don't see often. And to tell you the truth, he isn't a finished article yet.

"It's not the size of the dog in fight that matters. It's the fight in dog that counts."

India's bowling in the World Cup was light years ahead of what it was in the Tests and tri-series before it, and Shastri praise pacemen Mohammed Shami, Umesh Yadav and Mohit Sharma for their efforts in getting them to the semi-finals.

He added: "I call Shami nawab of Kolkata; Umesh the one of Vidarbha and Mohit Sharma as Haryana Express faster than the Rajdhani. They bowled like fast bowlers.

"The Indian medium-pace trio was as good as any in this competition. How many times you see a Hashim Amla and a Younis Khan ducking into a short ball and fending a catch to fielders inside a circle?

"They bowled with the mindset of a fast bowler. They are young, fit and hungry. They are ambitious. People don't realise this tour of Australia has done their confidence a world of good. It would keep them, and India, in good stead."

The boss was also full of praise for skipper MS Dhoni, who he felt would continue to improve in ODIs now that Test cricket is off his table: "He would only get better now that he has retired from Test cricket.

"He would be fitter and would have time to work on his batting. He would still have a lot of time to torture bowlers around the world."