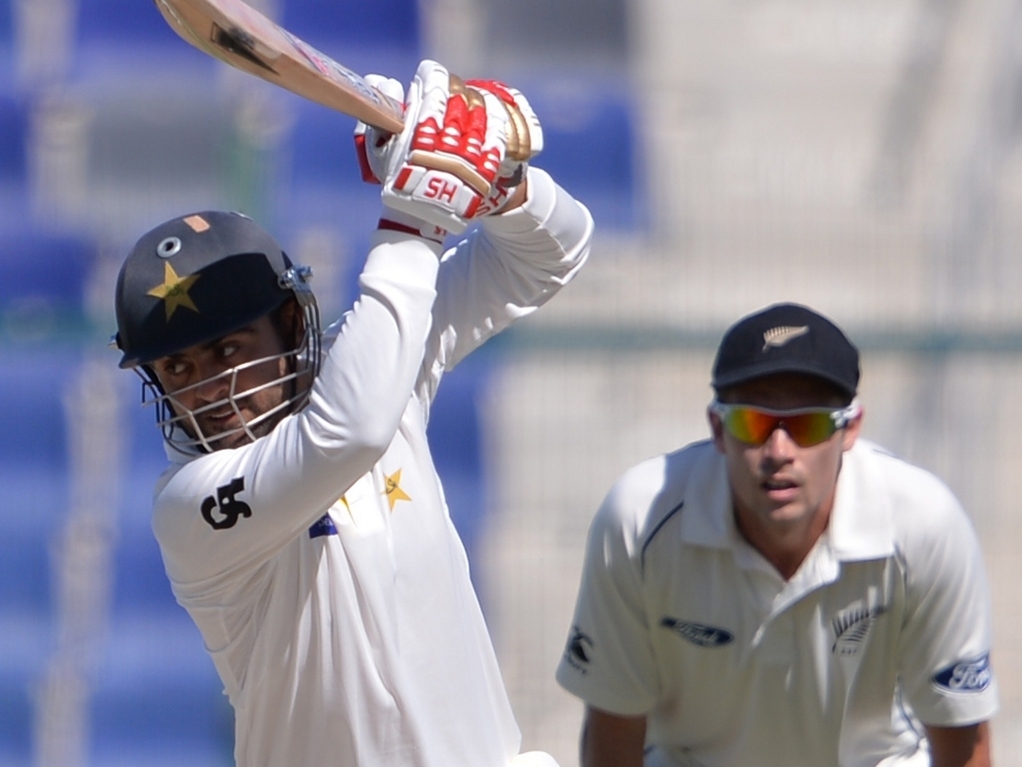 Pakistan opening batsman Ahmed Shehzad hopes his century in the first Test against New Zealand in Abu Dhabi, as well as his previous efforts against Australia, have done enough to cement his place in the Test side.

Shehzad recorded a ton on day one against the Kiwis, his third in the format, as was happy to be breaking away from his short format reputation. He's playing in his eighth Test, with 51 ODIs and 27 T20s in the bank.

Shehzad said: "I was working really hard and I came back into the T20s, if I remember, a year ago. I always wanted to play Test cricket and I was really working towards it.

"I still remember when I played against Sri Lanka, I was as determined as I was today. I had a lot to prove.

"Test cricket is a real test for any cricketer. I have been always trying to get my place in Test cricket, and these days, the competition is always tough. You have to keep performing in every game to be in the reckoning.

"Swapping the formats is very tough and this is what Test cricket is all about and I really enjoyed it."

He went on to discuss the conditions and opposition, praising the Kiwi bowlers but also giving credit to his opening partner Mohammad Hafeez, who made 96 in a stand of 178.

Shehzad added: "The New Zealand bowlers were very disciplined with the new ball and bowled in the right areas. The credit also goes to (Mohammed) Hafeez bhai as well. The way he batted and we managed to survive the first couple of sessions.

"And when we got those chances, we capitalised on that. The bowlers didn't give us any free flow of runs and kept it very steady. Overall, we are very satisfied but we haven't finished the job yet.

"The surface is almost similar to what we played against Australia. We will get some spin here as well. It was expected that there won't be much turn on the first day. It was always going to be more comfortable for the batters as the day goes on.

"By the third day, we will get a bit more bite. I wanted to stay at the crease and give the team a good start for the remaining four days ahead."