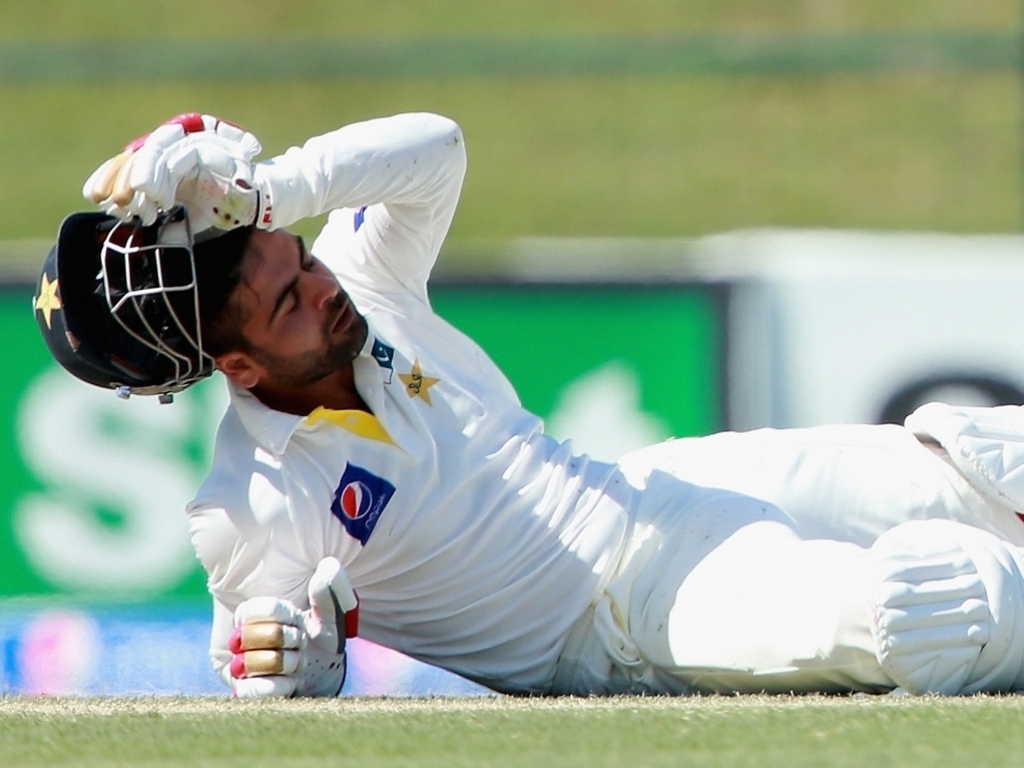 Pakistan received some good news on their injured key players Saturday with opener Ahmed Shehzad set to return for the limited over series against New Zealand.

Shehzad, 22, suffered a minor skull fracture during the first Test against New Zealand in Abu Dhabi on November 10 after being hit by a bouncer from seamer Corey Anderson.

Shehzad made a career-best 176 in the match.

He was ruled out of the remaining two Tests but Pakistan Cricket Board (PCB) said he would be fit for the two Twenty20 matches and five one-day internationals which follow the Tests next month.
"Shehzad was examined by a surgeon on Wednesday with regard to injury which showed he has mild tenderness over the fracture site. On inspection, there is no obvious asymmetry although there is mild swelling," the PCB said in a statement.
"A review has been planned on Monday. He has been advised to avoid contact sports for a period of six weeks but he can start his physical workout from next week."

The first Twenty20s against New Zealand will be played in Dubai on December 4.

However middle-order batsman Sohaib Maqsood has been ruled out of the limited over series due to a wrist injury sustained while playing for Pakistan 'A' against the United Arab Emirates last month.

Paceman Wahab Riaz has recovered from the knee injury he received in a one-day match against Australia last month and will be available for the limited over series.

Riaz will have a fitness test next week before being considered for limited overs series against New Zealand.

Fellow paceman Junaid Khan will also have a review of his knee injury next week. He also got injured during the one-day series against Australia which Pakistan lost 3-0.