Home Countries Australia Siddle: A lot more tricks in the bag than I had

Siddle: A lot more tricks in the bag than I had 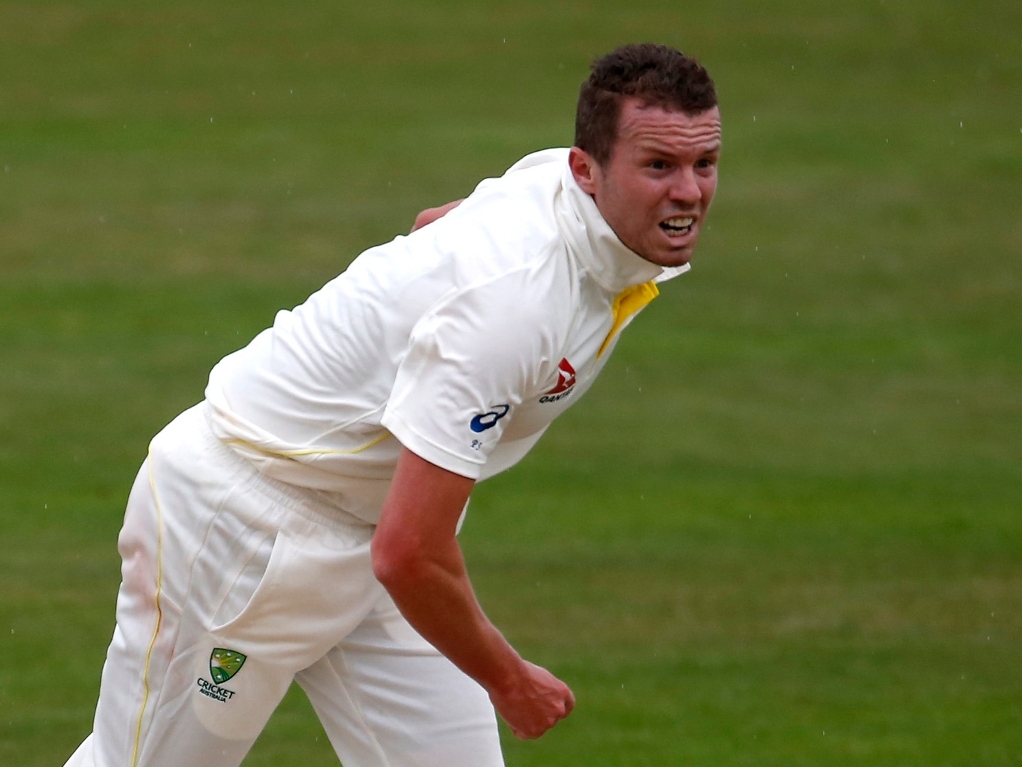 'Come onnnnnn!' The familiar guttural roar of Peter Siddle, right index finger aloft, charging past a defeated batsman and into the arms of his 'keeper and slips to mark each of his 192 Test wickets.

Ten days ago it was unclear whether it would be something we would ever see again. An Ashes tourist, sure, but already at 30 years of age giving off the impression of a man who had been overtaken by too many others to realistically feature in calculations for this series.

Fast forward to Lord's – the sudden retirement of Ryan Harris and an injury scare to Mitchell Starc, coupled with a timely reminder of his maturity as a bowler – and all of a sudden the Victorian looks as integral to the Ashes defence.

Of course, if Starc doesn't come up from his ankle injury in time for the second Test it'll be significant, and there's no overstating that. A 'wicket taking machine' Ricky Ponting described him, which neatly sums up his 2015 output to date.

World-class numbers, added to with a stoic second innings showing in Cardiff bowling through obvious pain, highlighting that he's irrefutably Australia's most valuable asset over the next six weeks.

There's no like-for-like replacing a bowler with that kind of potency. However, throwing the ball to Siddle in his place wouldn't simply be a case of going to the next fit guy, it would also represent a tactical tweak to deploy the most appropriate arsenal for the slow-to-dead tracks that seem inevitable for the duration.

Siddle's pace, or relative lack of it, became a point of fixation over the year leading up to his removal from the Test side in South Africa last year and then more permanently after the Adelaide Test of December 2014.

Being told he wasn't fast enough, and the inevitable (if tongue in cheek) suggestion that it related to his vegan eating, must have frustrated. But alert to the opportunity that exists in the four Tests ahead he's now owning that critique, sprinkling it with some later-career guile for good measure.

"I'm never going to bowl 145-150kph again, that's past, but what I've got now is a good skill set and being able to build pressure, a lot more tricks in the bag than I had in the past, that's a big positive," he said when offered to the media in the lead up to this game (instructive of itself).

"As I've got older and matured a bit with my game… it is a big key in England to be patient, the wickets are going to be a little bit drier, a little bit slower, which is a bit like the subcontinent so you just have to take your time and be patient."

In the aftermath of Cardiff both the captain and coach cited disappointment in the bowling group’s ability to apply sustained pressure on England, a story Siddle is more than happy to let run; the perfect narrative to his re-entry.

"England spoke about playing aggressive and they came out and played that way. We didn't adapt and didn't bowl consistently enough in the right areas to build pressure.

"We let them off that way and that got them the score they got, which at the back end put a lot of pressure on us."

Siddle was Australia's most consistent quick for the five years spanning 2009 to 2013, his calendar year average never going above 30.21 in that window. This included two very solid foreign away Ashes campaigns for 37 wickets.

In the 2013-14 whitewash he was the perfect foil to Mitchell Johnson and Harris claiming 16 wickets at 24, and before joining Australia’s tour of the West Indies he already had 21 wickets under his belt for Lancashire at 23.

As important as those credentials and experience, not least on the Lord's slope, was the way Siddle bowled in the two tour games before the First Test.

At Essex in particular, while his figures didn't show it, he was the most consistent of the bowlers by roaring consensus. In short: he's in good nick.

Upon arriving in London last month he pledged to still had plenty to offer. After all, at 30 he's the same age as Harris was when he debuted, he was quick to remind also.

It reflects the impressive, unflappable attitude he has taken from the outset to his reduced standing. From attack mainstay to a player rejected for a national contract in the space of a year, players have lost their bundle for less. Not Siddle.

The reward for his perseverance is a second chance to roar again a lot earlier than expected. You suspect it won't be one he gives up in a hurry.

Adam Collins is an Australian cricket writer and broadcaster