Home Countries Australia Siddle stoked to be part of the action

Siddle stoked to be part of the action 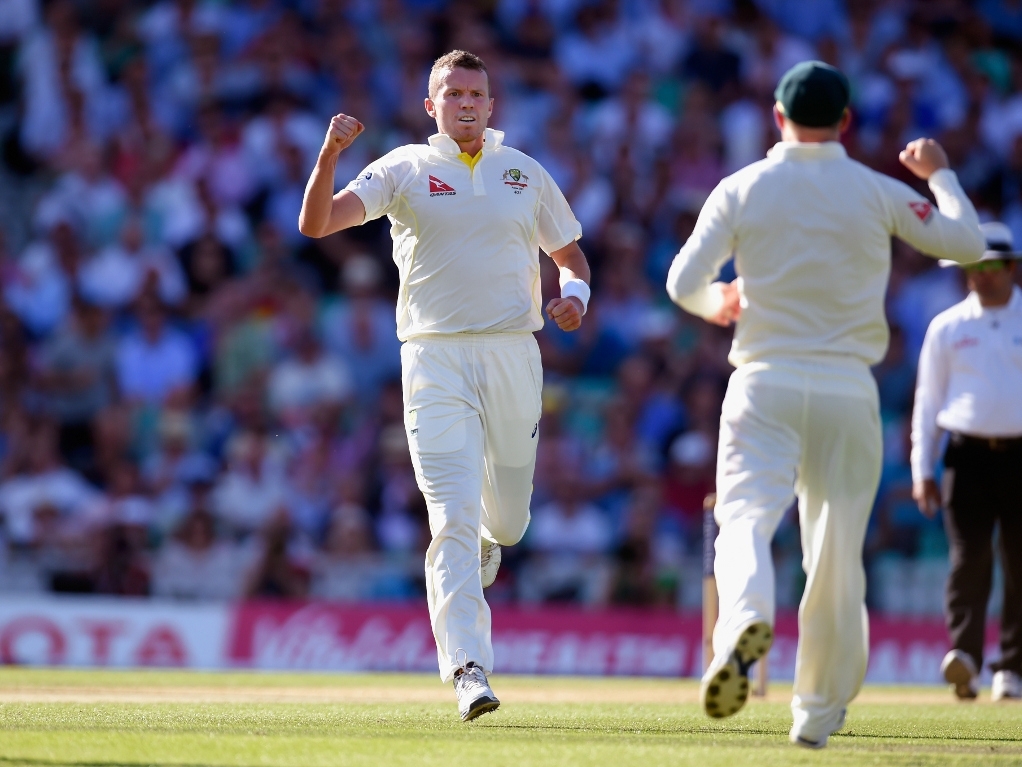 Australia fast bowler Peter Siddle is delighted to finally play a part in the Ashes series, having been left on the sidelines for the first four games, and is pleased to be proving his critics wrong.

It was a slightly controversial call to put Siddle in for The Oval ahead of the younger Pat Cummins, with people like Shane Warne feeling Cummins should have played, given the series had alredy been lost.

But Siddle showed his worth, taking two wickets in the first innings as England were all out for 149, and then bowling five maidens in a row and removing Adam Lyth on day three, with England having followed on.

Siddle said of his efforts: "I've been carrying a few drinks which has been disappointing, but it's nice to be out here in this Test match and being able to contribute at some stage.

"It's been disappointing – I’ve played a bit of cricket over in England and I would have liked my chance but I think tour matches sometimes you need to put in a few performances, and I couldn’t grasp a few wickets and probably didn't bowl as well as I could.

"I’ve been ready to go and feeling good and I guess this match has shown that. I felt good, you work hard in the nets but it’s never the same as a game.

"You want to get it in the right areas and build some pressure – that’s been key for the last 18 months, two years, and that’s what I’ve been able to build for the team and I think this game has shown that; I’ve been able to keep the runs down and get a few wickets at my end."