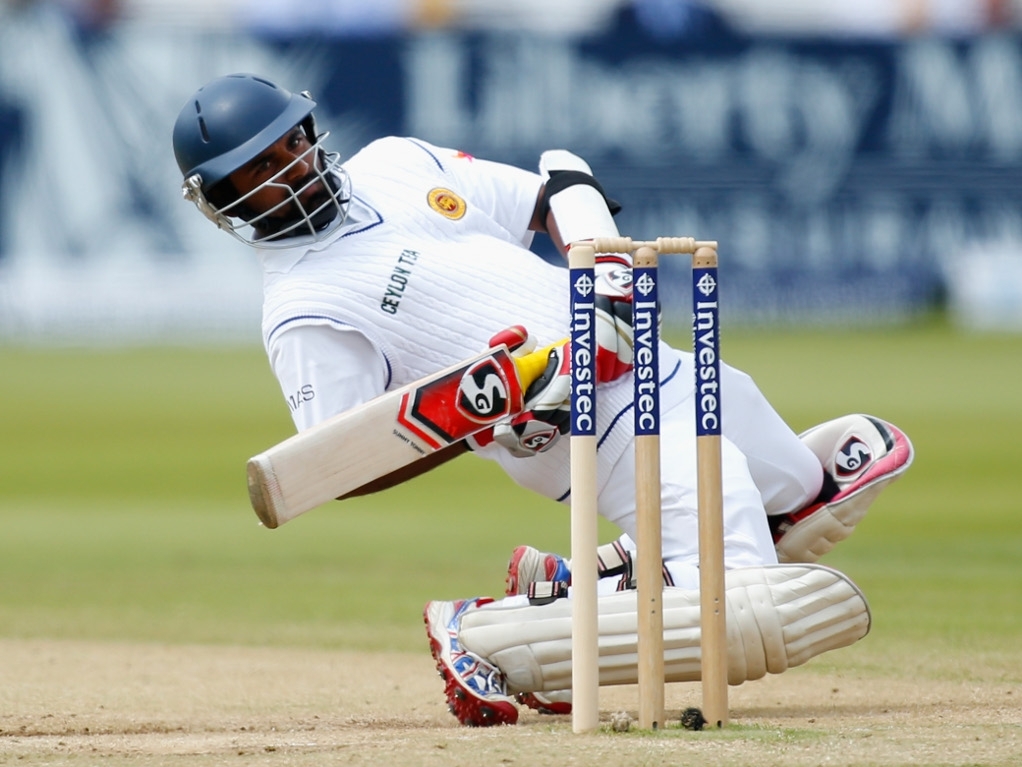 Sri Lanka opener Kaushal Silva is hoping to add another century to his record when he faces New Zealand in the second Test in Wellington, and is aware that his conversion rate is not ideal for an opener.

Silva has scored just one century in 15 Tests, but has racked up six other half tons and knows that such a poor conversion rate negates his other efforts. He has 30 tons at first class level, and 42 fifties, so he knows he is capable of big scores.

Silva said: "I'm not satisfied with just hitting fifties. I want the hundreds. I've done that at the club level and A team level, so I'm desperate to get over that hurdle here. Maybe there's a lack of concentration sometimes.

"I remember sweeping to get out after I'd hit 95 against Pakistan, and another occasion when I played a bad shot in the 80s. But in those situations, I need to go on for the team's sake."

His opening partner Dimuth Karunaratne scored his maiden century in the first Test, making 152, and even though it went in vain as the Black Caps won the game, Silva was pleased for his long-time friend.

He said: "I've batted a lot with Dimuth at SSC, and he's a batsman who has hit a lot of big hundreds at the A team and club levels. I'm very happy for him about his first ton. It's great for me, as we're always talking about how we should negotiate those early overs.

"Watching him do that is a big challenge for me, because I'm thinking I have to do really well in the next Test as well. I've also been hitting 30s and 40s, and so the next target is something much bigger. I want to score heavily."

The opener added that they would be looking to rotate the strike as much as possible at theBasin Reserve, thus throwing the Kiwi pacemen off their game, and allow for a big opening stand.

He continued: "The opening combination is very important to the team in a place like New Zealand, because we set things up for the whole batting line-up.

"We really saw that in the second innings, where the tone for the innings was set by the partnership between me and Dimuth. In England we were able to have a few good partnerships at the top, and that was a reason for our success there.

"As an opener, my plan is to somehow negotiate the first 15-20 overs – to make the new ball old. The two of us were talking a lot about batting out that period.

"In these conditions, Trent Boult and Tim Southee are very good, but we thought if we rotate the strike and take quick singles, they won't be able to bowl at a single batsman for a long time.

"Their rhythm can change then, which might lead to more scoring opportunities for us. That's what our plan was in the second innings, and that's what we will try to emulate in Wellington."