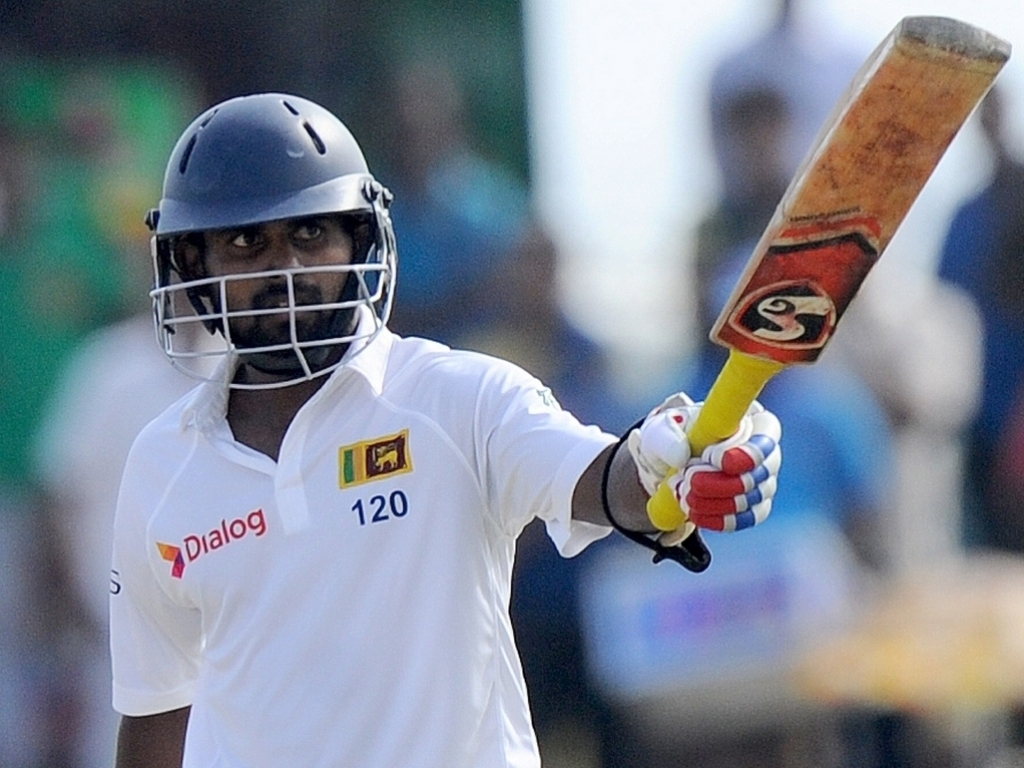 Sri Lanka opener Kaushal Silva thinks his side are in a 'solid position' after the second day of the second Test against India at the P.Sara Oval.

Silva scored 51 as the home team reached 140 for three at stumps in reply to India's first innings total of 393 all out.

The right-handed batsman said after the day's play: "I think we are in a solid position. The first hour tomorrow is going to be crucial for us. That session, if we bat without giving a wicket, then we can put pressure back on them.

"We need to bat positively and we need to take steps to do that right."

The 29 year-old said he was disappointed not to convert his fifty into a big century but did add that the pitch was slow and tough to bat on.

He was out trying to sweep legspinner Amit Mishra less than 10 overs before the close of play.

Silva said: "The wicket was quite slow. It was a bit tough. We had to stay there and fight hard. We had a good partnership going on and my wicket was bit too much and at the end a loss for us.

"At that point I was trying to put pressure on Mishra. He was bowling well. Had I executed that shot I would have achieved my target. But I failed. I need to work on that."

Sri Lanka are one-nil up in the three-match series after winning the first Test in Galle.