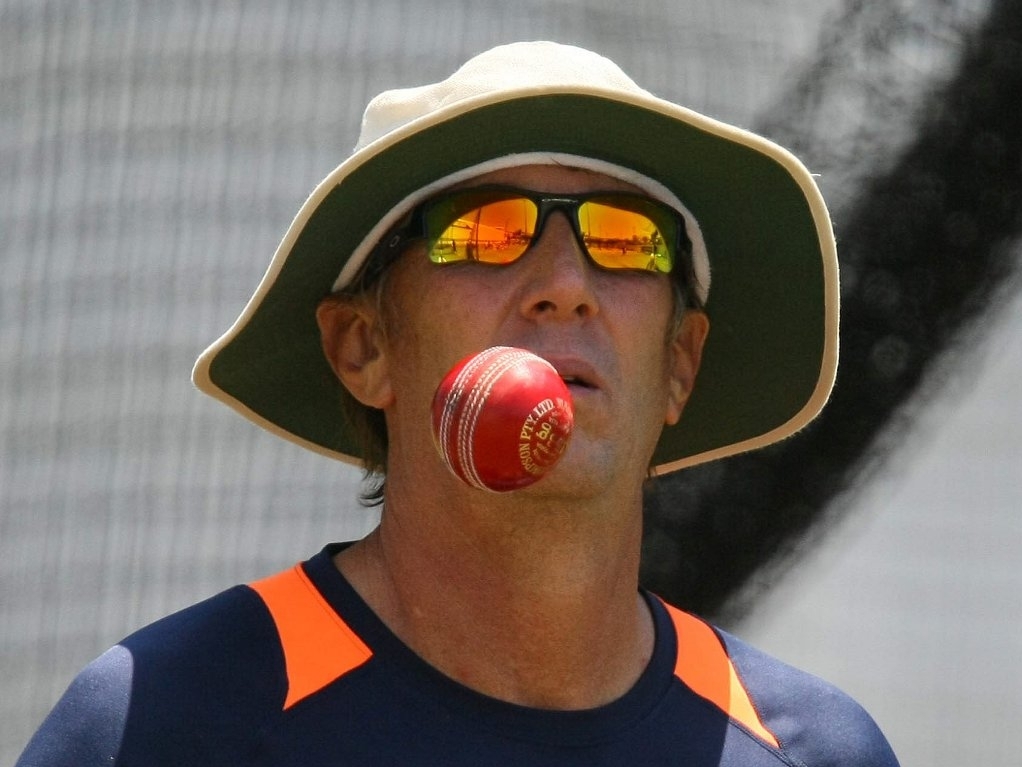 Former South Africa all-rounder and coach Eric Simons will be coaching the new Caribbean Premier League side, the St Kitts and Nevis Patriots, this season, and he had a chat to Cricket365 about the CPL, IPL, MSD, KP, etc.

What have you been up to? We haven't seen much of you in the news.

That's fantastic! I do property development in Cape Town, so I'm not just a cricketing person, I do other things! It's certainly kept me busy outside of cricket for the time being.

It must be nice to have a six-week jaunt in the Caribbean and then come home and live your regular life.

It's a great privilege. It's one thing I've always enjoyed, I've never taken for granted the job that I do and the privilege that comes with it. There are supporters involved, and it's not just a cliche, people have expectations and I want to meet them. I'm exciting about going across to the West Indies, it's a great place to travel to and I enjoy touring there. It's a new challenge from every perspective.

You're taking charge of a brand new team. Are you excited about that?

That's always a good place to start. They were the core of Antigua (Hawksbills, now defunct) for last year and they didn't do particularly well, so there's great excitement from the team in the past and some new signings too. I think it's always nice from a coaching perspective to take over a team that's a challenge, that you can have an influence on.

It must be better taking over a team that has upward potential, rather than say the Chennai Super Kings and you have to live up to what Stephen Fleming did with them.

I think you have to, it's a more exciting challenge. The coach's role is to influence players so hopefully I can do that. Then you step back and let the team take shape, and it's very much driven by the senior players. Even if you asked Stephen Fleming, he'll tell you that having a good bunch of seniors is a key part of coaching. The first week for me will be to get to know the players and understand them, and see what role they'll have, and that they understand and I understand what's expected.

I always say I don't coach cricketers, I coach people, and it's very much the character of the person that interests me and excites me as a coach.

It must be rewarding, as you probably found with Delhi in the IPL, that you get to influence the young players in the region, and hopefully build them towards international success.

I think it's one of the great things about it, but also one of the more frustrating things. You want to have more time. You go there for six weeks and you hope you plant some seeds, but those things need to be nurtured and watered. Hopefully you do have an influence, that they learn things, but you have to recognise that you only have them in your set-up for six or eight weeks, and that they play with other coaches most of the time. For me it's very much about trying to understand the players in my team, rather than trying to reinvent the wheel in six weeks.

Your international set, Afridi, Samuels, Martin Guptill, they're very different from each other as personalities…

Yes, and that's one of the privileges of the IPL. The players will tell you the same thing. You send a mail to these players, and I've shaken Marlon Samuels' hand so many times in opposition change rooms, but you don't really know them. Now I'll get to do that. The players build up friendships across amazing barriers. I'm very much a people person, and one of the things I love about India was getting to know the Rahul Dravids and the Sachin Tendulkars. It's a rare privilege, and I'm very much looking forward to getting to know a new set of players, many of whom I've watched for a long time.

You weren't involved in the IPL this year. Have you been keeping track of it?

It's difficult not to! You put the television on and it seems to grab you, so absolutely. I've got a lot of friends involved in various teams. It has been exciting to watch Mumbai come back from the dead to qualify in second position.

Was your exit from Delhi amicable? No dramas?

Ag no, it's just part and parcel of the game, the team moves on. I still have some great friends there, and I was there for five years and that's a long time for any coach in one place.

Shame, they didn't have the best season…

If you could pick any player for your CPL team, an international T20 player, who would you pick?

I don't even bat an eyelid. I would build my entire team around one man and that's MS Dhoni.

MS Dhoni is one of the most impressive men I've ever met.

Sport is about being able to control your emotions, to make rational and calm decisions under pressure. To carry that across to your team-mates. I think he's exceptional in that respect. If you gave him 11 players he'd build a team that could be successful. He's not a man that speaks a lot, he's not a man that comes up with many strategies and tactics, but if you took him out of that Chennai side, they wouldn't be half the side.

You have your skillful players like your Malingas and your Gayles and your De Vilierses, and those guys are crucial, but Dhoni is exceptional when it comes to building a T20 team in particular. Is he available for the CPL?! (laughs) He's so well respected around the world, ask any player. For him to have captained India with your Tendulkars and your Dravids and your Harbhajan Singhs, and to be the leader that he was, just shows you the respect that he carries. I don't think there's anyone that would be in his team and not know that he's their leader.

Here are some current event questions, because we've had some drama the past two weeks in world cricket. What do you think of Zim going to Pakistan? Would you have gone, if you were their coach?

It's a tough one. If you listen to some people talking, one would swear it's like going to the headquarters of Al Qaeda. But a millions of people are going there every year, so people are going there often. Sometimes you get to these place and it's a lot quieter and calmer than the impression we're given. I'd like to believe people have made sure of the dangers and they're not putting themselves in unnecessary harm's way. Somebody has to break the deadlock. I feel so sorry for Pakistan's cricketers, they've been nomads for so long now and they don't deserve that.

I've been in situations where I've felt vulnerable and there's nothing worse, you feel like a sitting duck in the team bus as you drive along. It's not a nice place to be. It sounds like it's going to be a nervous time and I hope that the measures they've put in place are enough. We live in a crazy world, unfortunately.

If you were Jason Gillespie, would you take the England job, knowing you wouldn't be allowed to pick KP and have to keep Alastair Cook as your captain?

Um… *coughs* I'm a KP fan and I believe it's your job as a coach to manage people like him. It's your job to find the best in your players, and I think he's go a lot to offer. I do think that I would ask those questions, no doubt, and maybe Andrew Strauss is now looking back thinking, 'Maybe I jumped the gun there'.

But sometimes in life these opportunities come along once and you don't get them again. I'd make a decision thinking 'I'd rather regret doing it than not doing it'. So I probably would take it, but I'd want to sit down with Andrew Strauss and say that there are a few things we need to discuss, that I need clarity on. You want to be judged on your ability to do the job right and not be handed to many things that make your life a misery.

So you would rather have KP in your team than not in it?

I would rather have KP in my team than not in it, yes.

(Lose him for a second due to loadshedding cutting off his phone) It's a silly question but the Twitter followers like it. If you were attacked (he's already laughing) would you rather be attacked by 10 duck-sized horses, or one horse-sized duck?

(Laughing hysterically) 10 duck-sized horses! One day you must tell me where that question comes from! (from Peter Miller AKA @thecricketgeek, FYI.)

Eric Simons is coach of the St Kitts & Nevis Patriots in the Limacol Caribbean Premier League. The Biggest Party in Sport runs from 20th June to 26th July.