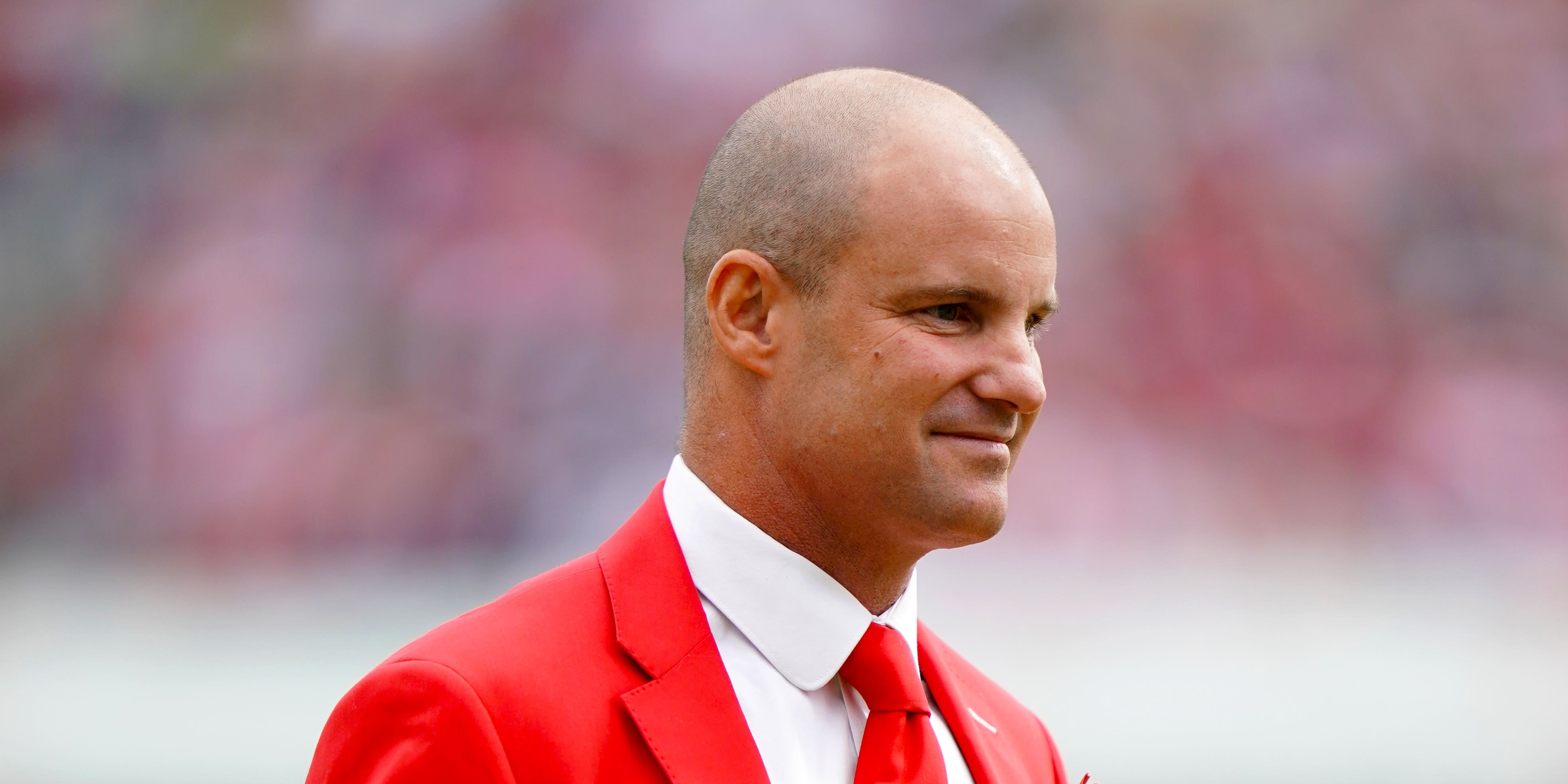 Sir Andrew Strauss is hoping the “incredible spectacle” of turning Lord’s ‘Red for Ruth’ during this week’s Test match between England and India can help young families all over the country facing the prospect of bereavement.

The Ruth Strauss Foundation was set up in honour of the former England captain’s late wife, who died in 2018 of a non-smoking related lung cancer, and is dedicated to help research rare cancers as well as supporting the partners and children of sufferers.

For the third year in a row fundraising efforts will centre around a dedicated day of international cricket, with players, broadcasters and fans encouraged to make their own show of support by wearing red during day two of the second Test on Friday.

Commemorative playing shirts and caps will be signed and auctioned by both teams, while the famous old ground itself will be decked out in red for the occasion.

But amid all the festivity is a serious message and one that Strauss is particularly keen to push given the overwhelming nature of the coronavirus pandemic, which has left many charities struggling for attention.

After last year’s ‘Red for Ruth’ day took place behind closed doors at a bio-secure Emirates Old Trafford, he is hoping to generate plenty of buzz this time around.

“We were blown away last year by how engaged everyone got with the day virtually, but it’s not quite the same when you’re in an empty stadium and the voices are echoing around the ground so it’s going to be an incredible spectacle this year,” he promised.

“We’re just hoping that people remain engaged with the day, wearing red and showing their support for what we’re doing, but obviously that people still feel connected with what we’re trying to do.

“The pandemic has been very tough for all charities. In terms of fundraising capabilities and opportunities I think they’ve been severely curtailed. It has slowed things down somewhat, definitely the training programme, given that the NHS has been so focused rightly on Covid.

“That has probably just put things a little bit down the pecking order but we still feel like we’ve got great opportunity and great support.

“We know that this is relevant in so many people’s lives, and maybe even more relevant given what’s been going on over the last 18 months or so. We feel like we’re a little bit closer to death in a way, which is not a nice thing to say, but perhaps we are.”

The foundation has recently launched new family support service, which hopes to support some of the 41,000 children each year who lose a parent.

“It is so important for those families that are going through this, to have that professional help,” he said.

“They’re at a time where they often feel completely lost, all at sea, scared and fearful and incredibly emotional, so I’m really heartened and it warms my soul to see that we’re actually delivering on what we promised. Making a worthwhile legacy for Ruth’s name is very satisfying.”

:: The Ruth Strauss Foundation is calling on people to go red in any way, shape or form and post on social media using #RedForRuth on and in the lead up to Friday 13 August. To make a donation to support families facing one of life’s toughest tests please visit: www.ruthstraussfoundation.com/donate