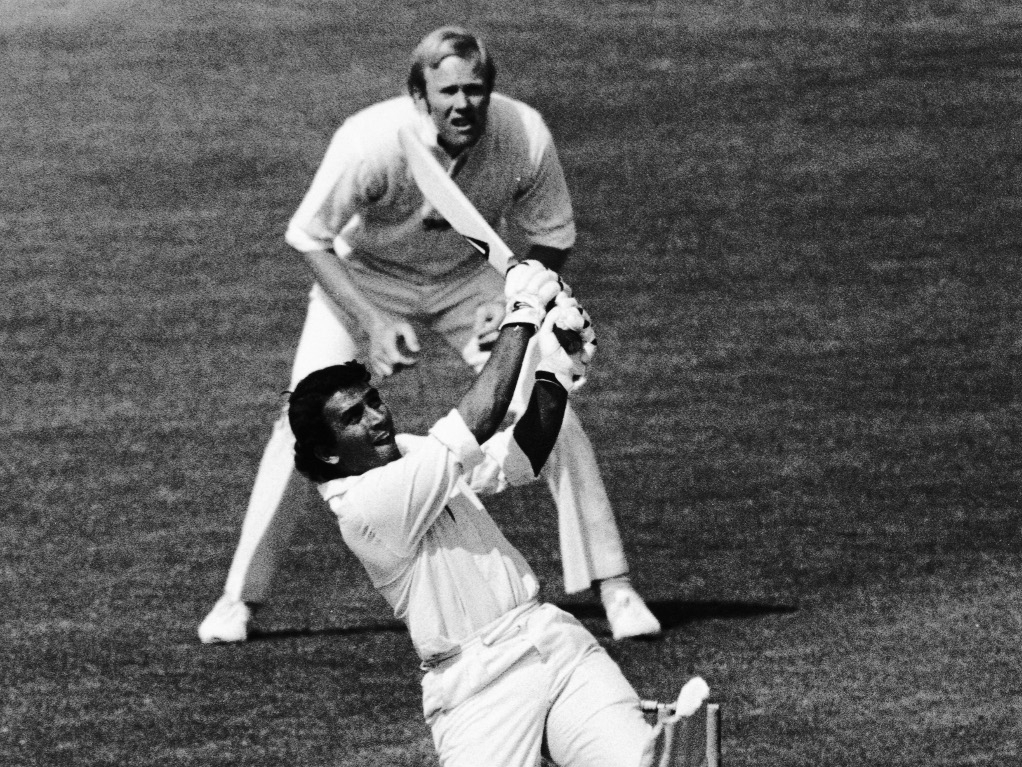 The World Cup has been going since 1975, with many a memorable moment to consider, but here Nasri Alexander looks back at some of the most stand-out events of the past 40 years.

With ODI cricket still new, and no team really knowing how to tactically go about winning a match, India simply gave up, or were never interested in winning. Chasing a massive 335 to win off 60 overs against England, India, and in particular opening batsman Sunil Gavaskar, did not attempt to chase down the target.

Gavaskar batted right through the innings to end on a painstaking 36 not out off 174 balls as India reached 132 for three in their 60 overs. The innings, and the match, is more memorable for a fan running onto the field, up to Gavaskar, and pleading with him to bat faster.

Zimbabwe, taking part in their first World Cup (as amateurs), shocked the world when they beat cricketing powerhouse Australia in their first match of the tournament. After posting 239 in their 60 overs, the Africans defended the score, winning by 13 runs.

A few lawyers, IT specialists, businessmen and a bunch of chicken farmers from Zimbabwe upset Australian cricketing legends such as Dennis Lillee, Jeff Thomson, Allan Border and Kim Hughes. It will live long in the memory.

South Africa reintroduced themselves to international cricket by taking part in the tournament, which was played in Australia and New Zealand. Their first match of the tournament was against co-hosts Australia in Sydney, which the Proteas won by a comfortable nine wickets to announce themselves to the world.

It should've started spectacularly for the South Africans as fast bowler Allan Donald nicked off Aussie opener Geoff Marsh with the very first ball of the match, but umpire Brian Aldrigde, from New Zealand, said not out, to the dismay of many South Africans watching at home in the early hours of the morning.

South Africa eventually bowed out in the semi-final against England in controversial fashion because of rain, when they went from needing 22 runs off 13 balls, to needing 22 of just one, after a break saw two overs deducted.

This was the tournament when the tactics of ODI cricket changed. Co-hosts Sri Lanka introduced a batting style no-one had quite seen before, when both their opening batsmen, Sanath Jayasuriya and Romesh Kaluwitharana, took on the bowling in a pinch-hitting role.

The tactic was used to take advantage of two fielders being allowed on the boundary in the first 15 overs. And it worked a treat as Sri Lanka went on to win their first World Cup.

The tied World Cup semi-final match played between South Africa and Australia, at Edgbaston, is arguably the greatest ODI ever played so far in the history of cricket. It was also the match that saw South Africa truly earn the 'choker' tag that has been troubling the team ever since.

The match ebbed and flowed from one side to the other, until it came to the Proteas needing one run to win off four balls, with one wicket in hand, and the player of the tournament, Lance Klusener, on strike.

A messy run-out ended the match in a tie, and Australia went through to the final because of a better run-rate and they eventually won the trophy.

Besides Australia winning their second World Cup in a row, the tournament, which was co-hosted by South Africa and Zimbabwe, will always be known for a political protest.

Zimbabwe cricket, and the tournament, was rocked when two of their cricketers, one white and one black, Andy Flower and Henry Olonga, wore black armbands to protest the 'death of democracy' in their home country.

It was an act of defiance against their own government, although it was safe to say that the international careers of the two players was over once the World Cup ended.