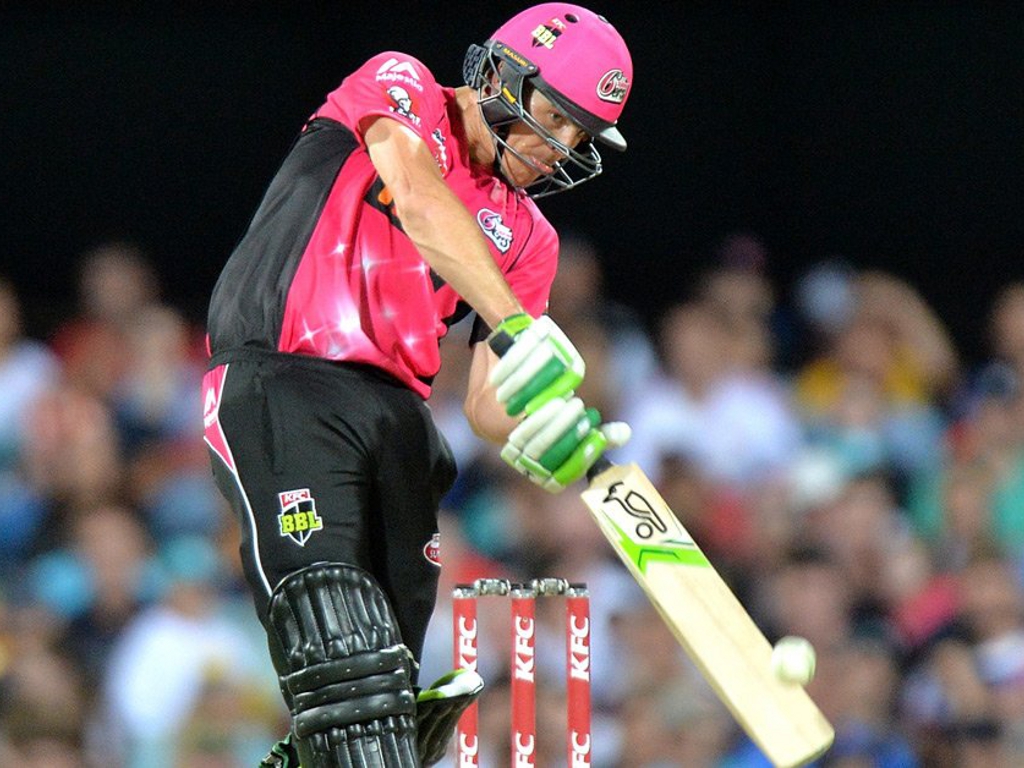 The Sydney Sixers completed a tense final over victory over the Brisbane Heat to hand the Queensland outfit their first defeat of the Big Bash campaign.

The Heat looked to have posted a winning total when they reached 186/6 in their 20 overs powered by a Joe Burns half century but an 85 from Daniel Hughes and big six in the final over from Sean Abbott helped the Sixers steal the win.

Jimmy Peirson (44) and Brendon McCullum (30) laid an excellent platform for the Heat putting on 73 for the first wicket.

Chris Lynn missed out for once departing for 13 while Alex Ross (6) was the victim of a bit of brilliance from Nic Maddinson on the boundary rope, the recently dropped Test player caught the ball but realised he was going over the rope and threw the ball up before running back in to take the catch again.

Sean Abbott kept up his wicket taking habit picking up 3 for 38 while Johan Botha was tidy yet again returning 2 for 24 from four overs.

Hughes 85 was the cornerstone of the Sixers reply and he looked like guiding the Magenta army all the way before he fell in the final over.

Jason Roy has yet to fire in this BBL with his top score being the 40 he made in the Sixers second game and he was out for 7 trapped leg before by a googly from Samuel Badree.

Nic Maddinson went past 1,000 runs in the BBL on his way to 24 before he was caught and bowled by Cutting.

Moises Henriques (10) and Sam Billings fell to leave the Sixers in trouble at 91 for 4 but Brad Haddin would join Hughes and swing the game in favour of the Sydneysiders.

Haddin smashed 32 off 13 balls to turn the tide of the game before he tried one shot too many and hooked a wide one straight to square leg.

Johan Botha (13) looked like he would perform the closer role but he fell in a frantic finish that set up a nervy final over.

Hughes dragged Cutting on off the first ball of the final over to set nerves jangling but Abbott sealed the win by hitting the fourth ball of the over for six to give the Sixers a three wicket win.

The Sixers move up to third on the log two points ahead of the Melbourne Renegades who have two games in hand and the Hobart Huricanes who have one game in hand.

The Heat remain in second place behind the Perth Scorchers.