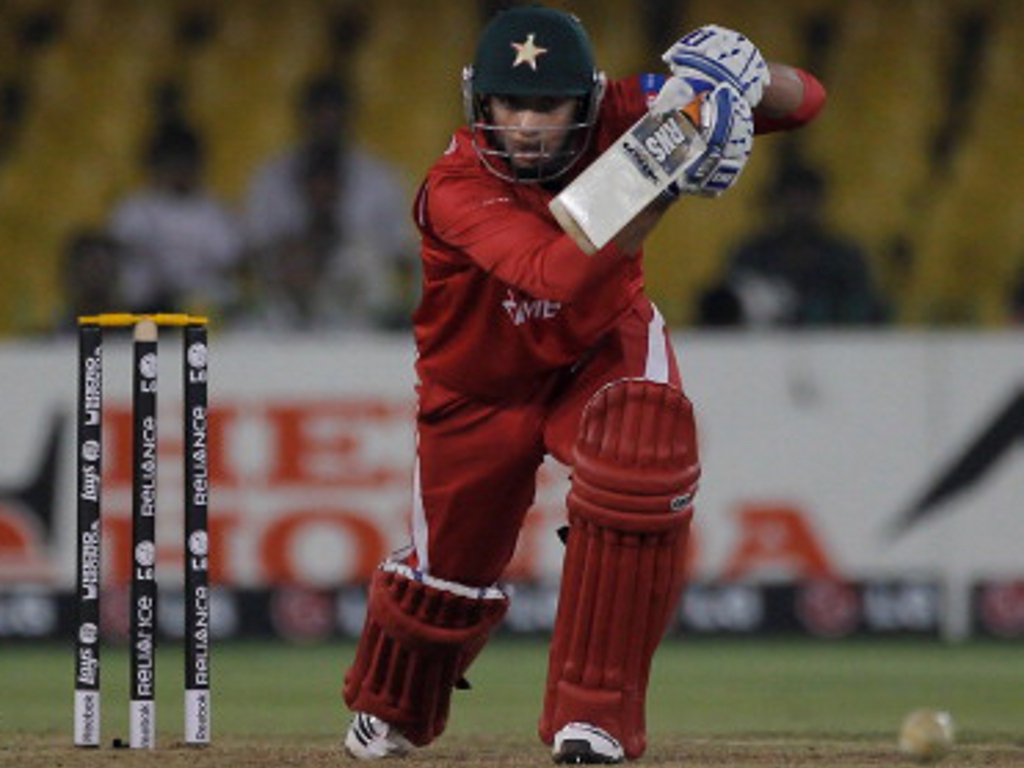 Zimbabwe skipper Graeme Cremer feels they haven’t yet settled on their best combination of players and is eager to see them continue to grow.

Zimbabwe lost the triangular series final having qualified in dramatic fashion with a Duckworth-Lewis and Stern win over the West Indies.

The captain said that having posted what looked like an under-par score Zimbabwe wanted to fight hard and make Sri Lanka work in Sunday’s final.

According to ESPN Cricinfo Cremer said: “When we went out there, we said even if they get our score one wicket down, we’ll make it as hard as we can for them.

“We weren’t going to go searching for the wickets, but we wanted to put them under pressure and make it the hardest 160 they’ve scored. That was our goal.”

Despite achieving just one win and a tie in the series there have been encouraging performances from individual players in this series and the final was no different with debutant Tasirai Musakanda looking good for his 36 and leff-arm quick Brian Vitori picking up three wickets.

Coach Heath Streak said: “We hadn’t really put on a big total [previously], so we felt that maybe just changing it up a little bit, and putting up something different to all the innings that Sri Lanka have had might work.

“Musakanda is someone we’ve been holding back, but we just felt it was the right time. They didn’t know much about him, and he showed exactly what he’s got.

“I think he’s got a bright future. I’m very happy with him. And then Vitori, we picked him for exactly what he showed today. We felt we needed him. (Dhananjaya) De Silva and (Kusal) Perera have been really damaging up front, and we got them both early, so that paid off.”

Vitori had featured for Zimbabwe A against their counterparts from Pakistan last month but missed the Test series against Sri Lanka as he was fulfilling a club cricket contract in Cape Town.

Streak added: “He [Vitori] had a contract in Cape Town, and we’d wanted him to stay but he had to go down and fulfill that.

“But he managed to get back here, despite missing out on the Test series. And he’s been practising and bowling with us here in the nets with the boys, and giving all our batters a hard time, so we felt that maybe he could do that to the opposition.”

“But the way it looked this morning, we thought it would only get worse or stay how it was. The wicket was a bit sticky this morning, so it took a lot of turn. But it looked really good to bat out there this afternoon. It’s just one of those things. We couldn’t predict that.”

Streak felt the wicket was better to bat on than their score suggested.

He lamented: “It was a wicket that over 600 runs had been scored on recently.

“It was still quite dry, although obviously with a bit of rain, it got a little bit tacky. Despite that, no-one really got out, other than Masakadza, to an unplayable delivery.

“It wasn’t a 300 wicket by any stretch of the imagination. We could have got to 240 or 250 if we’d batted a bit more sensibly, and if we’d done that it could have been a different story today. We’ve got to move on and take the good part of the series with us, and learn from the things that we didn’t do so well, and make sure we don’t repeat them in the future.”

Cremer feels that under Streak the team is moving forward and is confident of an upturn in results soon.

“Streaky has just come in [as coach]. I haven’t been captain for that long. So we’re trying to find the right XI for the conditions we play in, whether we go away or we play here. A lot of positives. We’ve got a lot of young guys coming through.

“Carl Mumba is a bright prospect. Musakanda of course. PJ Moor is still really young in international cricket, and we know he can play at this level. Raza played really well in a few innings. It’s good to see him back in a bit of form.

“Sean Williams showed signs today that he’s starting to get back into it. So we’re quite excited for the couple of months ahead.”

Streak is confident of adding more fixtures to Zimbabwe’s sparse calendar, as it stands the team’s next assignment will be a tour to Sri Lanka in June next year.

The coach said: “We’ve got some tours that we’re working on, between now and [Sri Lanka].

“We’ll definitely have some cricket between now and the time we got to Sri Lanka next year. Guys have got provincial cricket, and we’ll get together as a national squad where opportunity arises.

“There is a lot of specific stuff that we want to work on and keep improving. I’ve spoken about fielding, but there are all sorts of things that we need to put in place. There will be a lot of cricket early next year.”