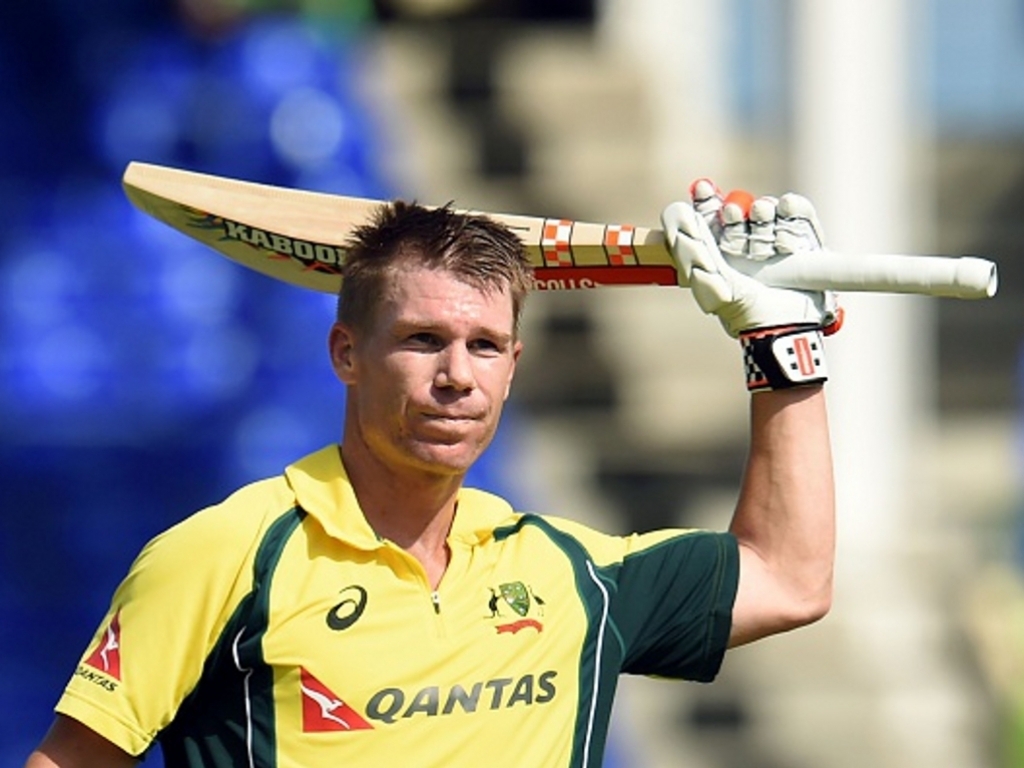 A sloppy effort in the field from Pakistan allowed Australia to post a massive 353 for 6 in their fifty overs which was enough to record an 86 run victory at the SCG.

Pakistan made a catalogue of errors in the field including four dropped catches and once Sharjeel Khan departed during their chase all hope of a series levelling win dissipated.

The Pakistan opener made a rapid fifty but it could hardly make up for the two chances he spilled in the field.

Usman Khawaja (30) and David Warner put on 92 for the opening wicket for Australia with the latter scoring the bulk of the runs.

Warner was in the mood to go big having failed to go past three figures in this series and kept going after Khawaja became the first of Hasan Ali’s five victims.

Warner made 130 off 119 balls including 11 fours and two sixes recording his fifth century of this season to level new Australia Hall of Fame inductee Matthew Hayden’s record.

Steve Smith fell one short of yet another half century in this series when he was trapped leg before by Hasan.

Fifties from Travis Head (51) and Glenn Maxwell kept the momentum up after the top three departed and guided Australia to a winning total.

Hasan Ali ended with career best figures of 5 for 52, his first ODI five for.

In response Pakistan seemed to be making a good fist of the chase despite losing skipper Azhar Ali (7) early but the departures of Babar Azam (31) and Sharjeel (74) would take the wind out of their sails.

Mohammad Hafeez (40) and Shoaib Malik (47) tried to rebuild but they couldn’t keep up with the required rate and Pakistan would end up slipping further into trouble after the latter was brilliantly caught by Warner off the bowling of Head.

Pakistan could only manage 267 all out with Josh Hazlewood (3 for 54) and Adam Zampa (3 for 55) proving to be the best of the Aussie bowlers.

Man of the match Warner said after the game: “It’s the home crowd, absolutely love playing here. I was quite slow tonight, but it’s always special to put the boys in a great position. I probably made the catch look better. It is always good to take a great catch in the outfield.”

A disappointed Pakistan skipper Azhar said: “Always tough to chase 354. In the field we missed the opportunities. It was below par, and that allowed Australia to score that amount of runs. David Warner started well. If we would have held our chances, we would have restricted them to lesser. It was a good pitch, 300 was chaseable.

“Against the new ball is the best way to score runs. Around 300 was chaseable, we leaked too many runs in the first half. We have a lot to play for Adelaide. We will come hard try to win the game, and finish the series on a high.”

“Probably winning four tosses at a wrong time, I hope I have some luck in India as well. Australia Day is an exciting time of the year; that was almost a complete package barring a couple of errors in the field. Hopefully, we can back it up on Australia Day.”

Maxwell said of Australia’s effort: “It was very much a convincing performance. With bat and ball we were outstanding. It wasn’t a great wicket, it was slow and low. We batted on a similar wicket in the World Cup two years ago. I just hit the gaps, and I know my game is to chip the infield and hit boundaries.

“That partnership with Head was special and we have done it a few times together. I just wanted to get it [reverse slog-sweep] over the infield. Luckily I got it off the middle and it went for a six. I just wanted to clear 30 metres.”