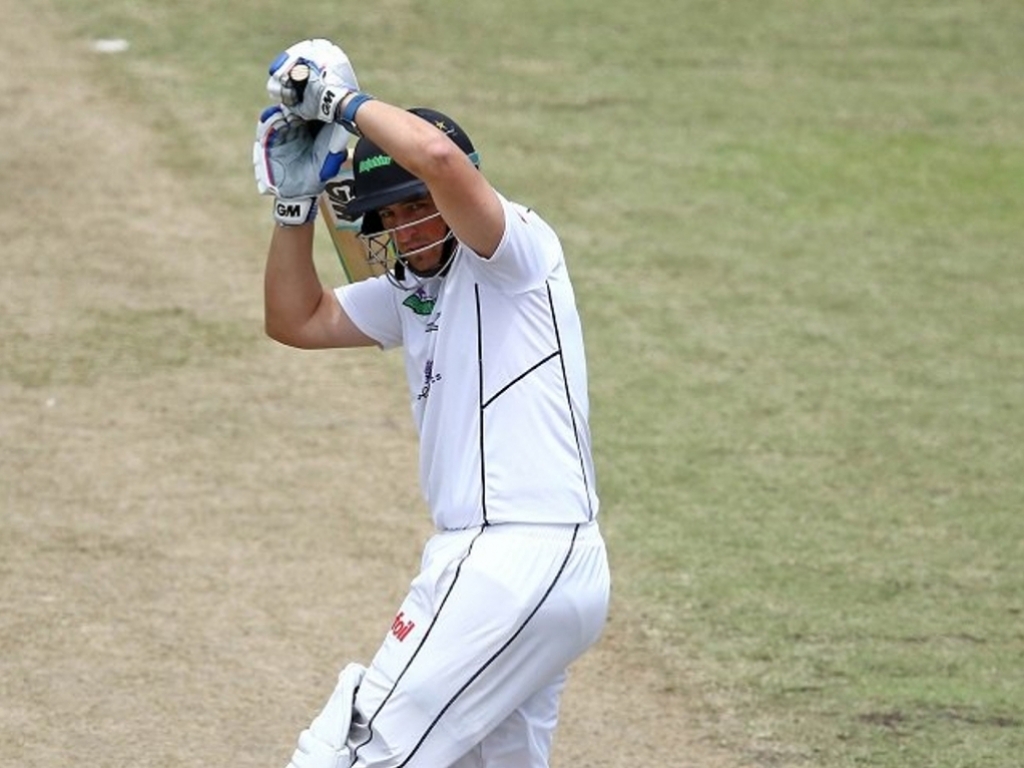 Daryn Smit ended unbeaten on 150 in his final match for the Dolphins as their Sunfoil Series clash against the Cape Cobras headed towards a draw.

The 33-year-old, unbeaten on 95 overnight, completed his highest score in franchise cricket in 264 balls and hit 16 fours along the way as the hosts declared their first innings with a deficit of 52 on 329/8.

With the Knights having wrapped up the title earlier on in the day, a draw now looked the most likely outcome from the game.

Day three, though, mainly belonged to veteran Smit as he played what was likely to be his farewell first-class innings for the KwaZulu-Natal franchise after 14 years of service. The all-rounder leaves for England at the end of the season.

Smit shared in two noteworthy stands with the tail on Saturday. He put on 65 for the seventh wicket with Robbie Frylinck (41) and added 45 with Attie Maposa (11) as the Dolphins extended their total by 92 runs in just over 30 overs.

The Cobras would bat out the final day ending on 270/8 with Stiaan van Zyl scoring his second hundred in the match and ending on 101 not out as the game meandered to a draw.

The captains shook hands and declared the match a draw on Sunday having played 60 overs on day four.

Senuran Muthusamy ended as the pick of the Dolphins bowlers with figures of 4 for 116.

Smit is leaving the Dolphins to play Lancashire league cricket in England as his career winds towards its end.

A Durban boy by birth Smit has been a loyal servant of the Dolphins and Kwazulu-Natal since making his debut  in a Twenty20 game at Newlands in 2004.

He has scored 5711 first class runs in 125 matches including nine centuries and 33 fifties as well as collecting 19 stumpings and 332 catches.