Home 2015 World Cup Smith back in sync after shifting guard

Smith back in sync after shifting guard 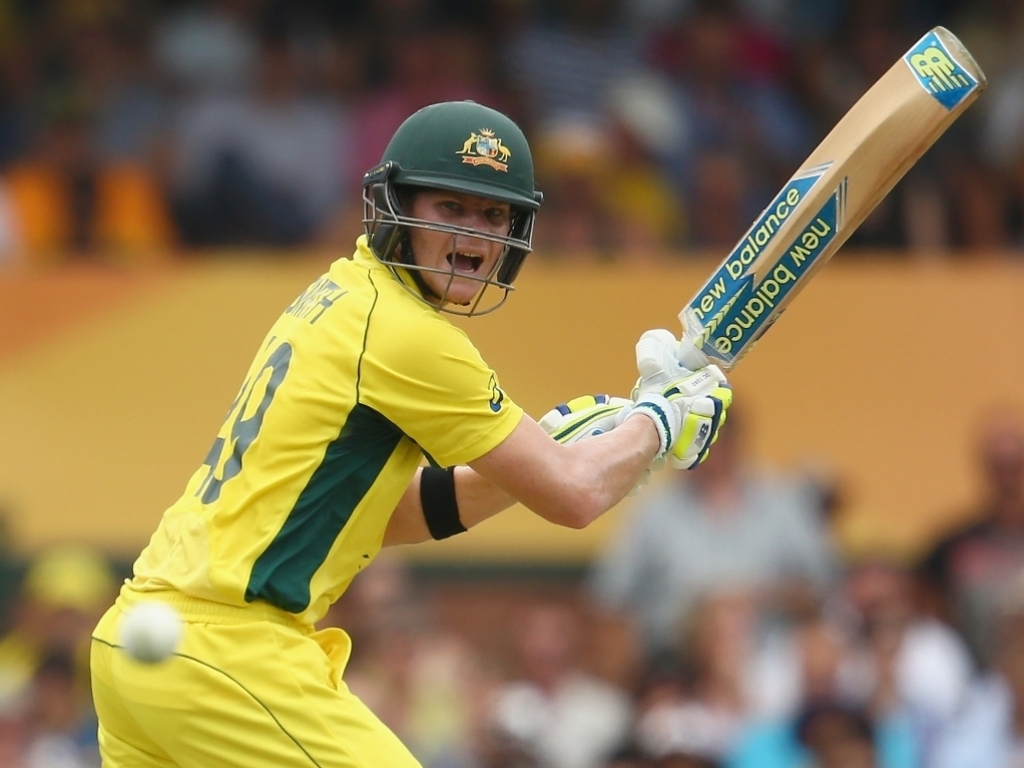 Australia batsman Steve Smith says he's feeling back to his best after adjusting his crease position, saying he moved a bit more to the leg side after tending to find his leg stump removed earlier in the home summer.

Smith found himself too far across his stumps a few times against India late last year, and he says he watched some footage to see what the issue was, and one day he decided to step a bit back, and rediscovered his rhythm.

Smith said ahead of the semi-final against India: "I have moved my guard a little bit to leg so I am not moving quite as far as across and I feel I am back to where I want to be.

"I ask for leg stump and then I just pull it this way a little bit, so there is a mark in the middle of nowhere out there. It has fooled a few people, Pup [Michael Clarke] came out against Sri Lanka and said 'what's going on out there?'

"I watched a little bit of footage of my batting in the summer in the Tests and I was actually starting to go a little further outside leg and for some reason I forgot about it and I went back to leg stump and started moving across a little bit too far.

"I've got it back to where I want it now and it really feels good.

"I didn't feel out of form. I just felt like I was out of sync a little bit with a few of my movements. But that's back, my swing's back where I want it to be, so hopefully I can continue crunching India around the park.

"I picked that up myself – I watched a bit of footage and saw where I was and got it back to where I want it."

Smith has three half centuries in the World Cup so far, with a top score of 95 against Afghanistan.