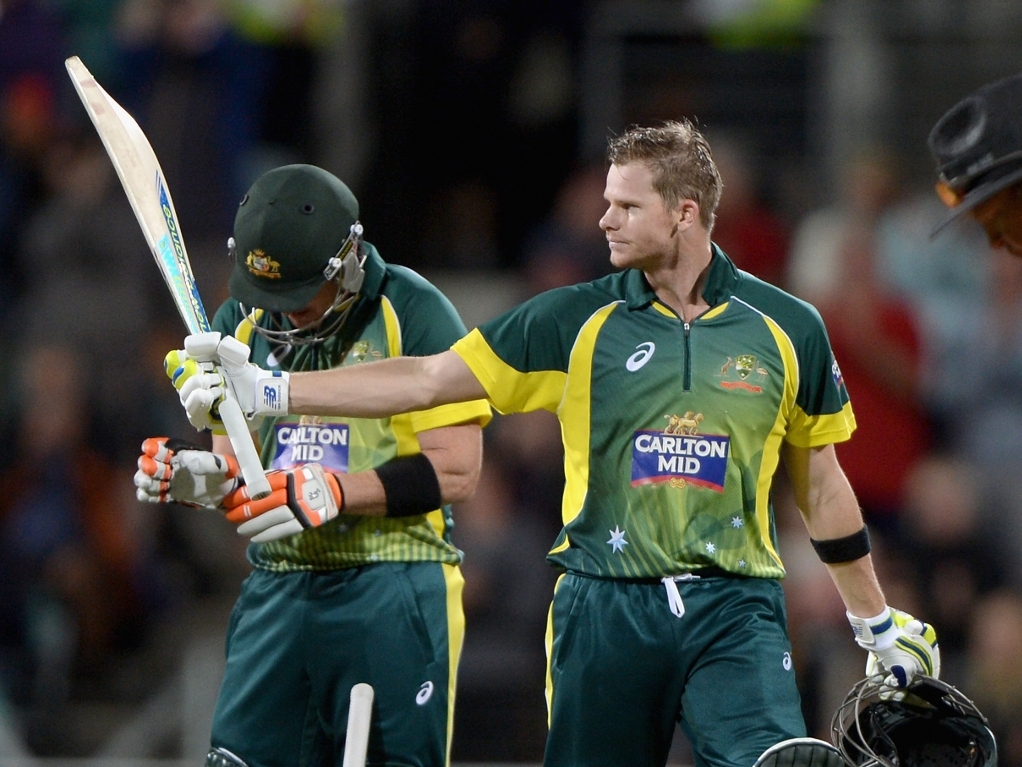 Australia skipper, Steven Smith, has backed Glen Maxwell to pull out of his slump in form and feels his teammate was unlucky in Guyana.

Maxwell has only managed to score three runs in the triangular series so far, but will take heart from his performances with the ball as well as the support of his captain.

The middle-order batsman was out for a duck against the West Indies before being trapped leg before by debutant Tabraiz Shamsi for 3 against the Proteas but has managed to pick up three wickets in the series at the cost of 18 runs.

In his column for cricket.com.au, Smith wrote: "I know Glenn Maxwell's form has been spoken about because he's been a bit short of runs in one-day cricket, but he was unlucky against the Proteas,

"I used up our referral when me and Finchy (Aaron Finch) thought it might have hit me outside the line or was missing the stumps, but unfortunately, I was out and we lost the review.

"I don't think Maxi was overly happy about that when he copped his decision, but that's cricket."

Smith praised the work ethic of Victorian, and backed him to return to form if he can just find a way to get himself in, writing: "Maxi works hard and he just needs to be a bit more consistent with the bat. Getting out in the middle in those situations, he has to find a way to get started and knock the ball around a little bit to get into his innings. He obviously hasn't done that too well lately, and neither have I, which is frustrating."

The skipper also lauded the presence of caretaker coach Justin Langer, writing of the Perth Scorcher's coach: "It's great to have Justin Langer with us for this tour. I worked with him before when I was a bit younger and he's been really relaxed so far and he's come in with some great game plans."

Australia will meet South Africa in a day/night Test later this year, and Smith has called for more work to be done developing the pink ball: "I've said before that from my point of view, I'd really like to see the development of the ball continue.

"I don't like that there has to be extra grass on the pitch in order for the ball to hold up. I don't think that's cricket as it should be.

"But if we keep improving that, it's going to be a form of the game that will be played pretty consistently in the future. I think it's great for the game and a great innovation."

Smith will lead Australia when they take on South Africa in the fourth match of the tri-series, at Warner Park on St Kitts.