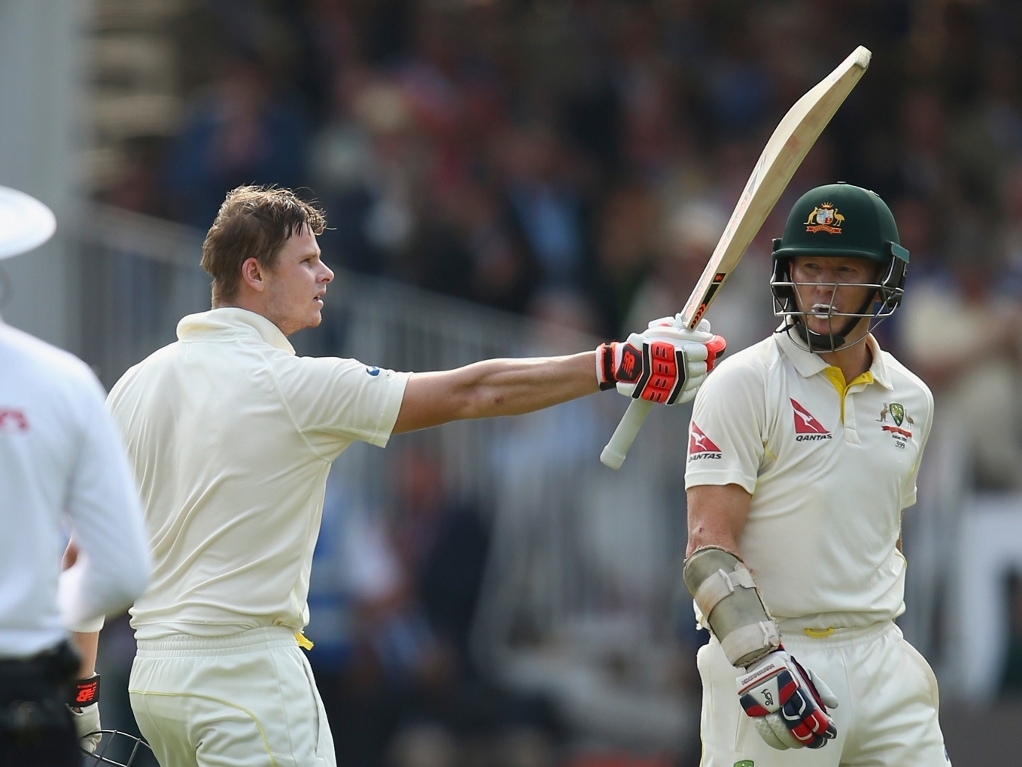 Batsman Steven Smith has questioned the tactics of England coach Trevor Bayliss and captain Alaistair Cook, after leading Australia to a very commanding position on day one of the second Ashes Test at Lord's in London on Thursday.

Smith reached 129 not out and the left-handed Chris Rogers reached an unbeaten 158, as the tourists quickly climbed to an imposing score of 337 for one.

"Look, I was a little bit surprised that Trevor Bayliss would allow Alastair Cook to have a deep point for as long as he did today to be honest," he said.

"I think it was a good pitch to bat on but they got defensive quite quickly. I know that's one thing we're certainly not going to do.

"We didn't play as well as we could in Cardiff and we copped a lot for that and rightfully so, so it was pretty important for us to start this Test well and hopefully we can capitalise and make a big first innings score."