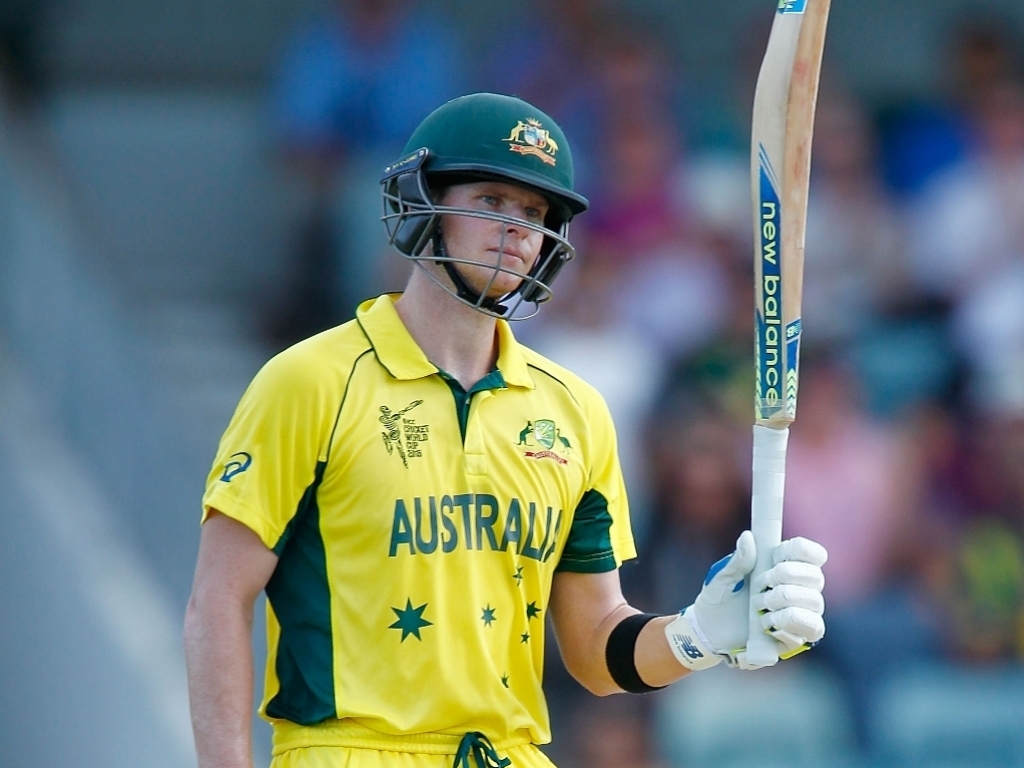 Australia batsman Steve Smith says he's happy to be the solid presence at one end and allow the likes of Glenn Maxwell to do the big hitting, saying he and Michael Clarke are there to build a platform.

Smith has been batting at three at the World Cup, and has a number of half tons to his name while others have racked up the quick runs. He feels he is at his best when providing support, and will aim to do so against India on Thursday.

Smith said: "I have always said I enjoy batting at three and with Pup (Clarke) at four we just like to take our time and knock the ball around, and that will work well against India with their spinners bowling quite a few overs in the middle.

"We can knock them around and give our power hitters the last 15 overs ideally to come in and do what they did against Sri Lanka (in which Australia posted 9-376).

"I think that is our blueprint to ideally perform."

The Aussies will face India in the semi-finals in Sydney, and Smith feels his side will have the advantage, despite India being unbeaten. The Asian side has been Down Under for five months, but Smith feels their defeats earlier in the tour will play to the hosts' favour.

He added: "I think we'll have a little edge over them with a few scars from the matches throughout the summer, they didn't beat us once. So I think that's going to be playing on their mind a little bit.

"They've been here for a long time now, they've been able to get accustomed to the conditions, the bounce we've got here compared to back in India.

"Other than that I just think we need to do what we can do well to control that. If we do that I've no doubt it's going to be a competitive game for us."