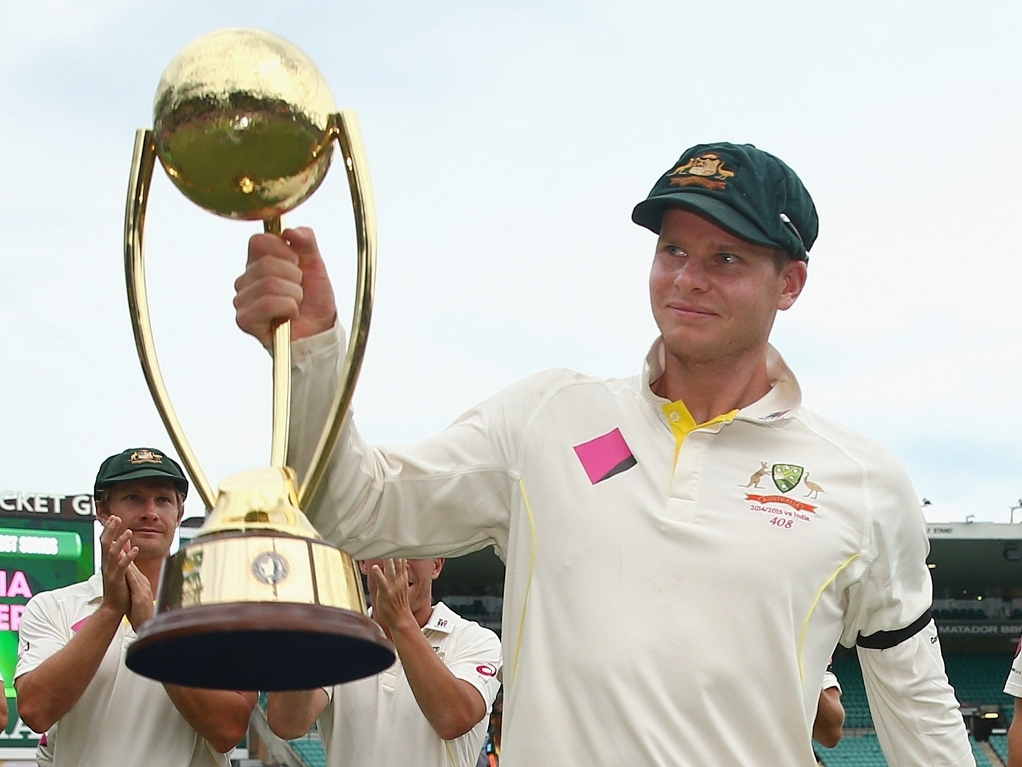 Australia captain Steve Smith, who led the side for three of the four Tests against India, says he is 'extremely proud' of the way his side performed, and credited the first win in Adelaide for their form.

India forced draws in the third and fourth matches, and while Smith was disappointed not to win the match at the SCG on Sunday, he was delighted with the trophy as that was their main aim from the get-go at the Adelaide Oval.

Smith said: "Extremely proud. From the first game in Adelaide the boys showed a lot of heart to go there and play the way we did there. To win that first Test match was extremely big for us to start the series off well.

One man who took advantage of his chance in the series is fast bowler Josh Hazlewood, who made his debut in Brisbane and immediately claimed a five-fer in his first innings. He took nine further wickets in the series.

The skipper continued of Hazlewood: "He has done a terrific job since he got picked at the Gabba. He has got the extra height and the extra bounce.

"That is something that is very important on Australian wickets. He gets that little bit of extra kick from the wicket and the bounce which can catch the edge of the bat. He was terrific throughout the series."

Another paceman to do well, especially after being dropped for the first and third Tests, was Mitchell Starc. The Sixers bowler was very good in the final game, taking three wickets in the first dig and two in the second.

Smith added: "The way Mitchell Starc came back in this match and filled the role Mitch Johnson has been doing for us, he was very aggressive, he swung the ball early and got the ball to reverse at nearly 150kph consistently.

"I am very proud of the way he came back into the side after being left out a couple of games. He has got a bright future."