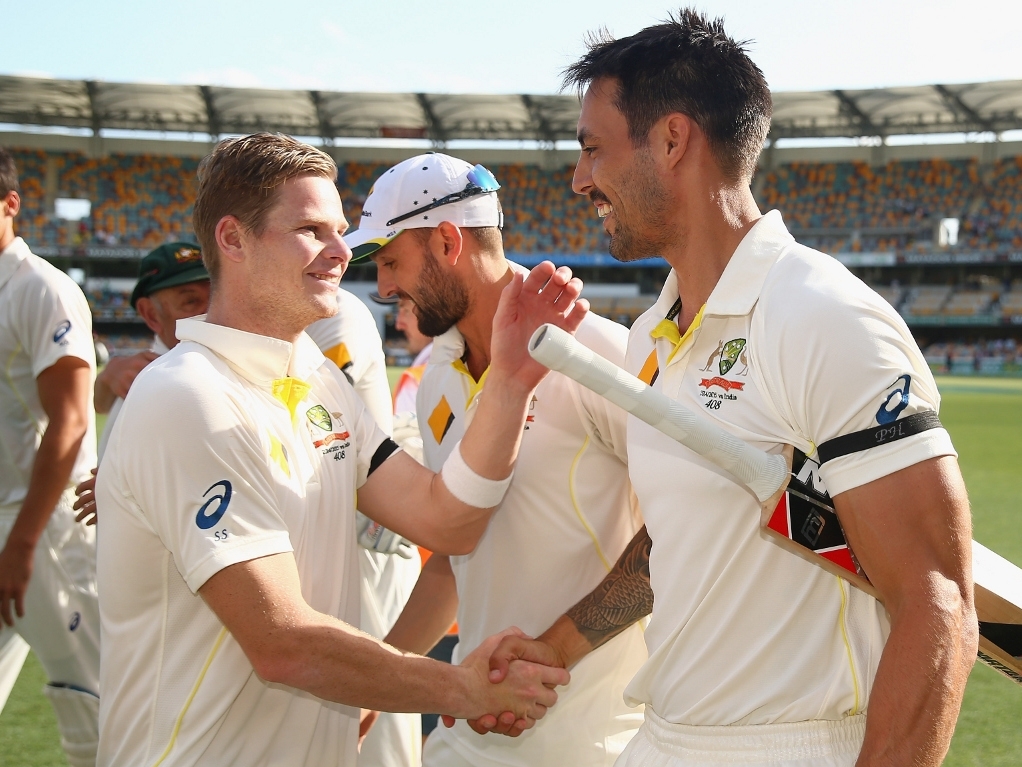 Stand-in Australia captain Steve Smith was only the second player to win the Man of the Match award on captaincy debut, and the young all-rounder was thrilled with his side's victory in Brisbane.

Smith was named skipper for the second Test against India when Michael Clarke's hamstring injury ruled him out of the series. Brad Haddin was expected to take up the job, but the selectors opted for the New South Wales skipper.

The Aussies went on to win the match by four wickets on day four, and Smith was Man of the Match for his first innings century, which set up the game for his side. He also had to contend with a number of injuries to his bowlers on day one.

When asked how the win felt, Smith said: "Extremely satisfying. The boys played some very good cricket the last four days and it's very satisfying to come out with a win.

"The first day was very tough, the boys were dropping like flies. Credit to how they came out and bowled on the second morning. First innings runs are crucial here and getting a lead of 90 was handy."

One key bowler was Josh Hazlewood, who took a five-fer in the first India innings to rip the heart out of their batting order. Mitchell Johnson was the star in the second innings, taking four wickets in quick succession. Johnson also scored 88 runs in the first Oz dig.

Smith said of his pacemen: "Josh Hazlewood is an outstanding bowler and he's started extremely well for Australia. Mitchell Johnson, Mr. Reliable, as always. I don't think it was advisable [winding up Johnson], and that partnership really set the game up for us."

The sides will now move to Melbourne, where they will play the third Test, starting on Boxing Day. Smith will continue as skipper, and is grateful to have the support of the whole team.

He said: "It's always tough playing against India, they've played some extremely good cricket and we just won the key moments. It's been an amazing thrill over the last week to captain this side, the boys have been outstanding and backed me up nicely."