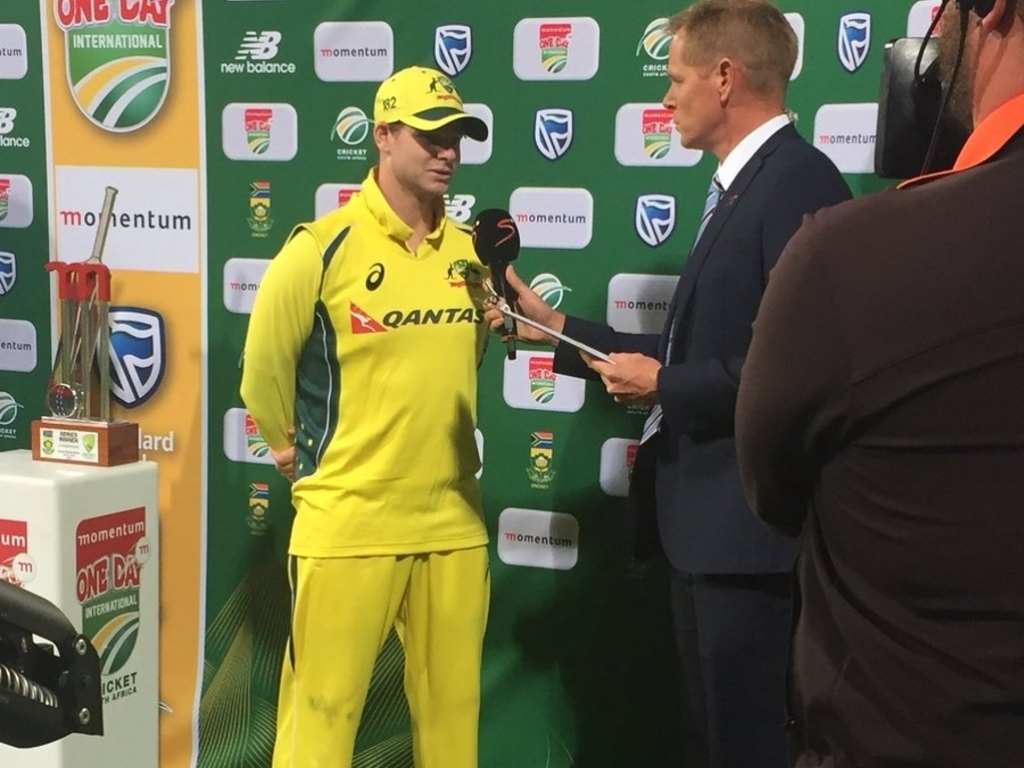 Australia skipper Steve Smith looked like a man who has come home to find his house burgled during his post-match interview on Wednesday night following a four wicket loss to the Proteas.

Smith had scored a century himself and along with David Warner helped to build the largest ever total at Kingsmead only to see South Africa recover from a seemingly hopeless situation to win the match by four wickets.

David Miller scored an unbeaten 118 and shared an unbroken 107 run partnership for the sixth wicket with Andile Phehlukwayo who cracked a career best 42.

The captain said after the loss: "I wanted the top four to get the bulk of the runs, someone to go on and get a hundred, we had two blokes do that.

"It's a very tough loss. Today was our quarter-final to keep us in the series and when you get to halfway and you've got 370 on the board, you don't lose too many games with 370 on the board.

"For them [bowlers], it's about trying to bowl their best ball as much as possible…we just haven't been able to do it as well as we would have liked.

"It hasn't gone to plan so far, that's for sure. I'm sure the guys will be able to take a lot out of playing against these South African batters. There's some quality batters in their line-up and you've got to learn to play against the best if you want to play international cricket."

Smith has now lost 7 of his past nine matches as captain across all formats and handed the momentum to South Africa ahead of the men in green's Test tour later this year.