Home Countries Australia Smith: Good to see Pattinson back to his best

Smith: Good to see Pattinson back to his best 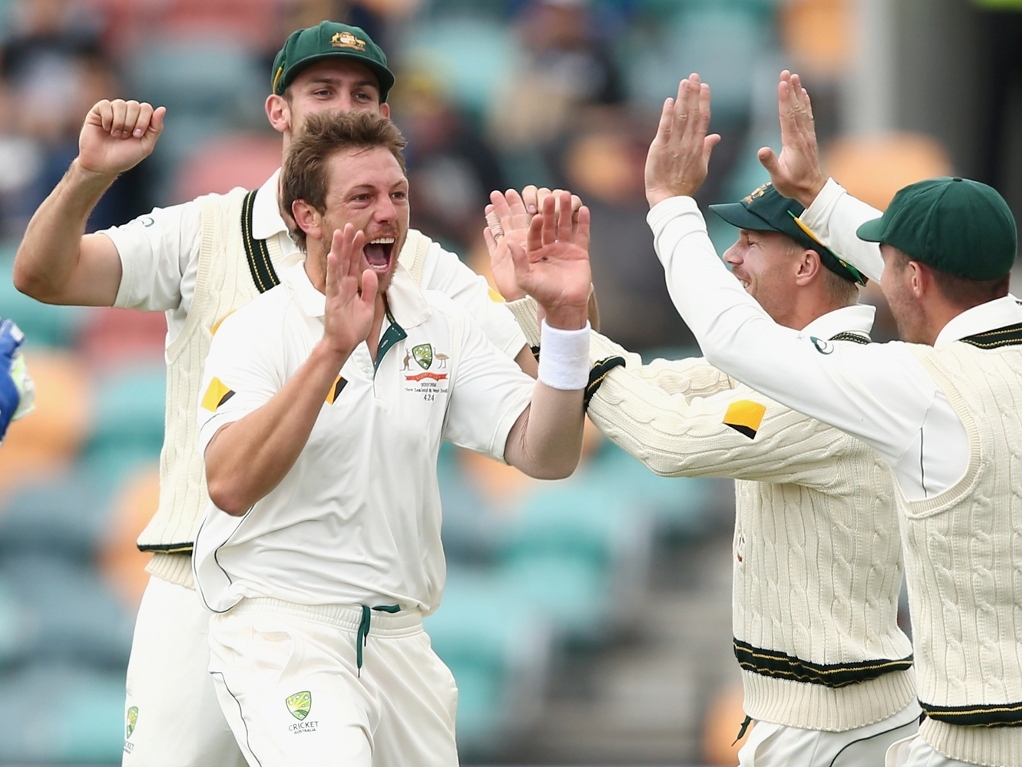 Australia captain Steve Smith said his team put in a clinical performance after they thrashed the West Indies inside three days in the first Test in Hobart on Saturday.

The Aussies dismantled the poor Windies side by an innings and 212 runs as they dismissed the Caribbean outfit for a paltry 148 in the second innings at the Bellerive Oval.

While the victory was set up by Adam Voges, who scored 269 not out, and Shaun Marsh, 182, who put on a partnership of 449 runs as Australia piled on 583 for four, Smith gave special praise to his bowlers, who bowled the visitors out twice in two days.

Paceman James Pattinson, who was playing in his first Test since March 2014 because of an assortment of injuries, took five for 28 in the second innings for the hosts.

After the game, Smith said: "It was a clinical performance. The game was in the balance and we were able to put on a big partnership that changed the course of the match.

"I thought the bowlers bowled terrifically. In the first innings Nathan Lyon really stepped up again and in the second innings it was nice to see James Pattinson back to his best and bowling fast.

"He bowled extremely well. He wanted to go out and do it today, and enjoy it and I thought he bowled beautifully.

"I had a little word to him this morning actually and just said go out and enjoy it and have some fun and do what you do well – and that's bowl fast.

"I think the ball came out a lot better today. He got the ball in the right areas and reaped the rewards from it."

The second Test of the three-match series starts in Melbourne on Boxing Day.