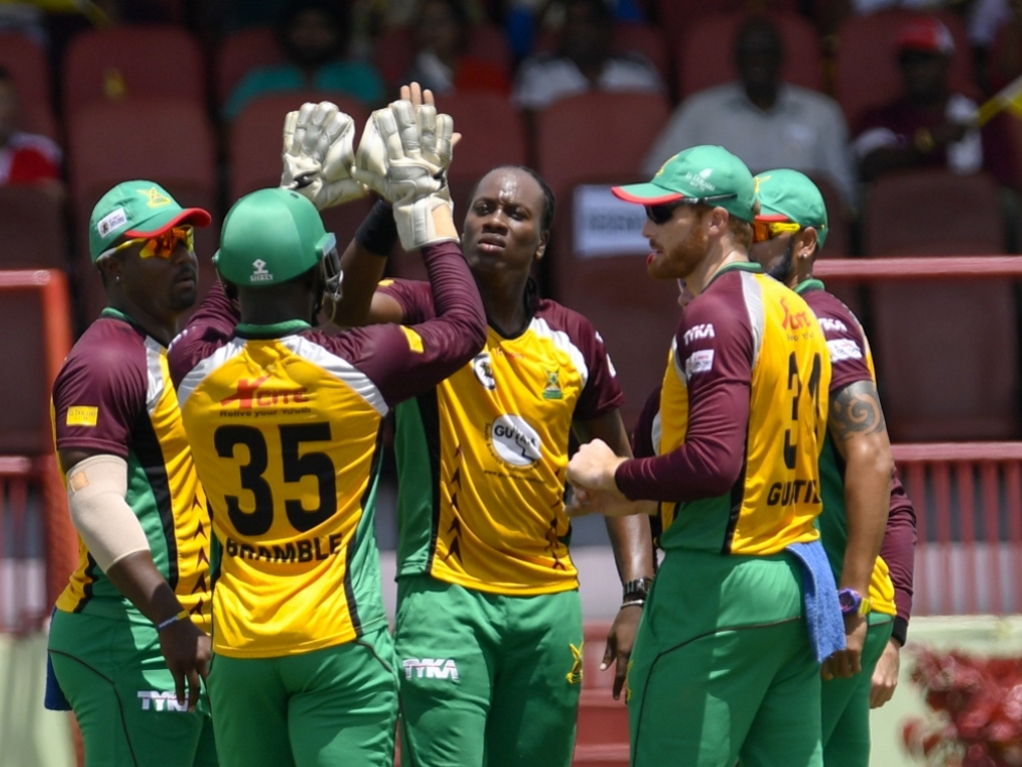 Guyana Amazon Warriors star Dwayne Smith has hailed his side’s camaraderie and work ethic which has driven them to maintain a perfect start in this year’s Caribbean Premier League.

They get set to welcome St. Kitts & Nevis Patriots and Trinbago Knight Riders to Providence in a double-header this weekend.

Barbados-born West Indies international Smith, 33, is one of the leading performers in world T20 cricket and averages 30.7 in three innings in this year’s CPL to date, with an impressive strike-rate of 137.3.

In an interview with cplt20.com, the 2014 CPL champion with Barbados Tridents has hailed his side’s efforts to date as the Amazon Warriors have safely dispatched St. Kitts & Nevis Patriots, Trinbago Knight Riders and Jamaica Tallawahs in their opening three fixtures.

With a quick turnaround on the cards ahead of a busy weekend of crunch matches, Smith said that the onus will be on the players to recover quickly and prepare for two more tough tests.

Smith told cplt20.com: “It’s great to see the people coming out and supporting their home team and I hope the guys can keep on performing the way they’re performing.

“That boils down to the guys looking after themselves and taking care of what needs to be taken care of. A lot of the guys are international players and we know how to deal with ourselves, so it’s up to us to keep our consistency and keep winning games. I’m sure that we can be the top team.

"From the (warm-up) camp we were all about getting back home somewhere in the top two, and that’s what we did, and to leave for home (leg of matches) as the top team.

“The pitch (in Providence) is a bit challenging, but having said that I’m an international player and a lot of the guys are internationals, so we can’t worry about how the pitch is playing.

"We just need to be professional about what we’re doing and keep continuing to get good scores and getting the team off to good starts.

“Funnily enough, all of the T20 teams I’ve played in have gelled quite well, so I’m quite happy with that and hope that the guys can continue to do the same.

"It’s been easy, we’ve a good few new guys like (Adam) Zampa, Lynny (Chris Lynn) and the skipper (Martin) Guptill, but it’s been very good to see the guys coming in are working very hard, the coaches are doing a lot of hard work and also the support staff.

"It’s good to see that everyone is gelling together and I like the camaraderie that we have.”

Meanwhile, St. Kitts & Nevis Patriots Coach Eric Simons believes that his squad are close to firing on all cylinders ahead of the clash in Guyana after a mixed opening round of CPL matches.

The former Proteas allrounder has said: “I think that we’re in good spirits. Obviously we would have preferred a win or two more under our belts, but that’s not always the way it goes.

"We’ve played some good cricket, one or two slips have cost us obviously, but there’s a lot of confidence in the squad’s make-up and balance. We know the conditions here and we believe we have the squad to exploit them.

"So we’re going to have to do that in the sense of having played four (games) already and only having the one win under our belt.

“Some chaps have been really good (in terms of) performance, like (Devon) Thomas and (Evin) Lewis who have been particularly good with the bat, and (Tabraiz) Shamsi with the ball. But I still think there are some performances to be seen.

“They (Guyana Amazon Warriors) have done very well. Having won three from three at the start of a tournament is always encouraging and their conditions are particularly unique.

"They know what they’re about and have assembled their squad. But, you know, a team with momentum is what they’ve got and that’s what we have to counter in some shape or form and make sure we exploit what we can.

“When I look at them they look like a well-drilled squad, they look particularly motivated and we know a lot of their players like Martin Guptill and Sohail Tanvir, who were both with us last year.

"But it’s really about us concentrating on our own game and making sure we play to the best of our abilities and hopefully that’s enough.”