Home News Smith: I wanted to lead from the front

Smith: I wanted to lead from the front 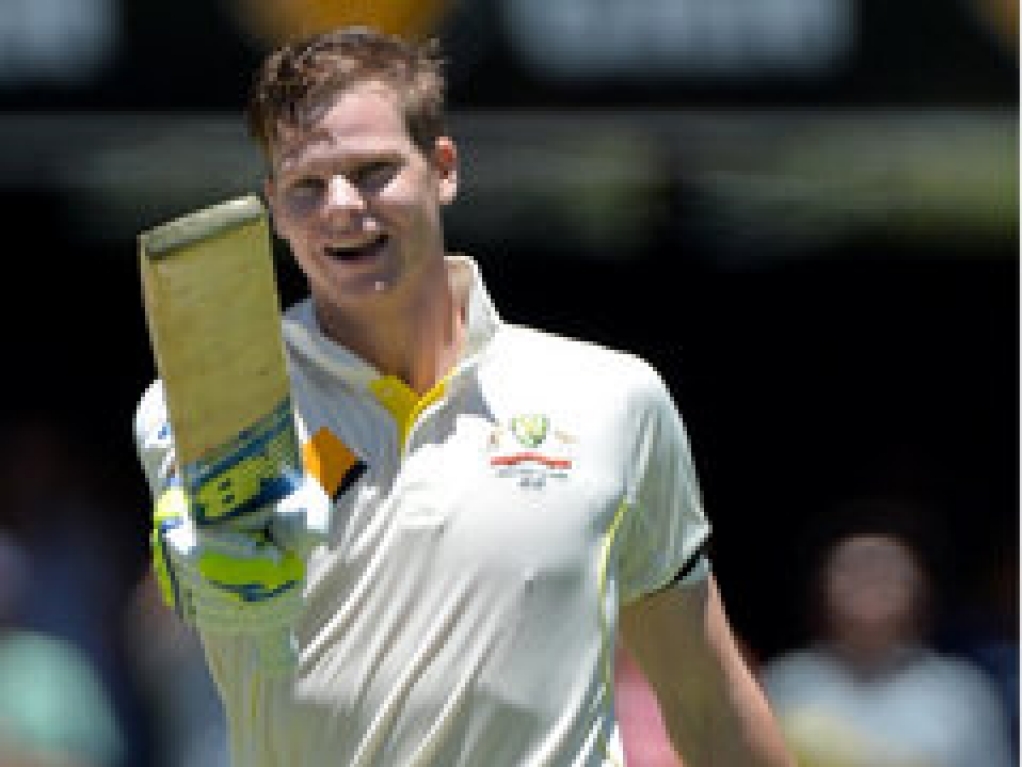 Australia captain Steve Smith led from the front as he struck his sixth Test century, and second in as many games, to lead an Australian recovery on Day three of the second Test against India at the Gabba.

Smith, on his captaincy debut, hit 133 and shared in a vital partnership of 148 for the seventh wicket with fast bowler Mitchell Johnson, as the Aussies posted a commanding 505 all-out. India were 71 for one at stumps to give the home side a lead of 26 runs with two days remaining.

Smith said after the third day's play: "I said in the press conference before the Test that I wanted to lead from the front with my performances.Hopefully I've done that so far this game and hopefully it continues for me as well."

Smith praised the role of Johnson, who scored 88 off only 93 balls. Johnson, who came to the crease at 247 for six, was aggressive in his approach despite getting a verbal barrage from the Indian fielders.

The captain said of Johnson: "He came out and was positive from ball one. That was his mindset. They tried to be quite aggressive with him, bowling short, and trying to get stuck into him. I think that played into his favour.

"He took them on and they didn't really have an answer for him, to be honest. It was great the way he came out and just took them on from ball one."

Australia came into the day on 221 for four knowing that they require a few big partnerships to get a lead going into the second innings.

After losing the wickets of Mitchell Marsh and Brad Haddin early, and after the partnership of Smith and Johnson, their were solid contributions from the lower order. Mitchell Starc (52), Nathan Lyon (23) and Josh Hazlewood (320) ensured Australia reached the 500 mark.

Smith said: "We said this morning that we wanted a few big partnerships and we managed to do that. That's all you need to do on this kind of wicket. If you get yourself in it's one of the best places to bat in the world.

"Credit to our tail the way they played and came out and took the bowlers on was fantastic. I'm really happy with all the boys' performance."

Australia lead the four match series 1-0 after winning in Adelaide last week, and Smith was no doubt as to what is required on the fourth morning to get ahead in the game.

"The boys have supported me really well. We just need to come out in the morning and take a few early wickets to make sure we stay in the game."