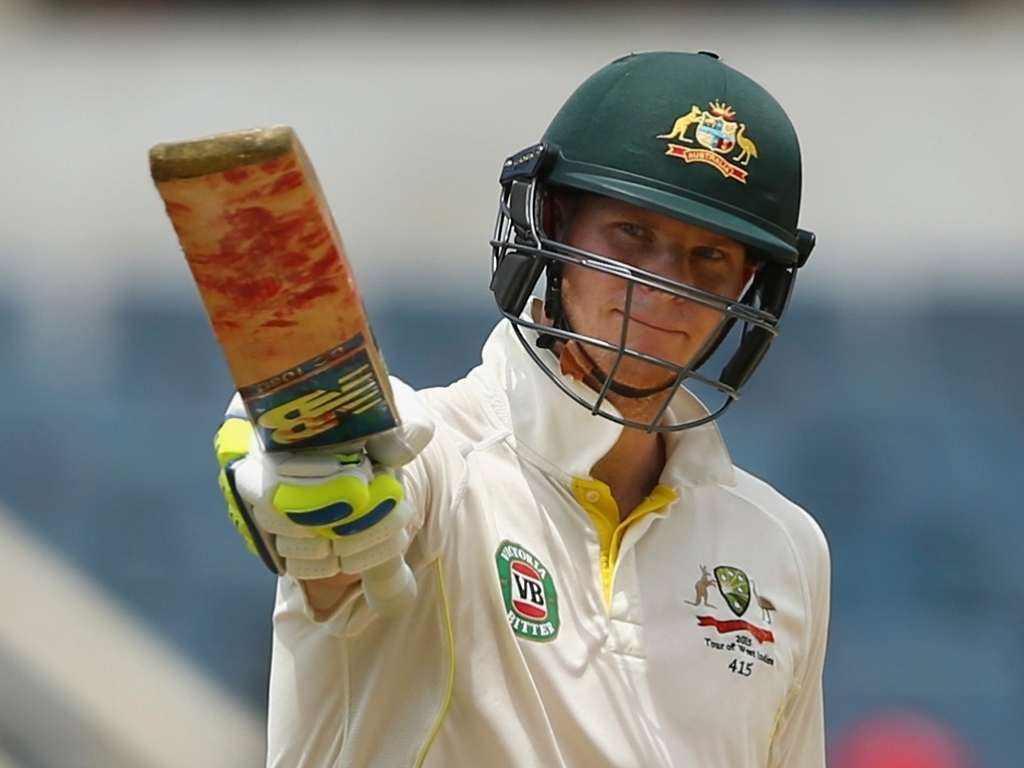 Australia's Steven Smith has become the second youngest batsman after Sachin Tendulkar of India to achieve the number-one ranking in theICC Player Rankings for Test Batsmen after stellar batting displays in the Kingston Test, which Australia won by 277 runs to win the series 2-0.

Despite missing out on what would have been his first double century in his 28th Test, Smith leapfrogged Kumar Sangakkara of Sri Lanka and South Africa duo of AB de Villiers and Hashim Amla following scores of 199 and 54 not out in the latest rankings.

However, Sangakkara will have a chance to reclaim his number-one ranking when he features in the series against Pakistan, which starts in Galle on Wednesday.

It has been a meteoric rise for Smith who, at 26 years and 12 days, is only a few months short of Tendulkar, who had topped the batting chart for the first time in 1999 at the age of 25 years and 279 days.

In achieving the landmark, Smith has also become the 23rd Australia batsman to top the batting table, with the last being captain Michael Clarke in January 2013. Steve Waugh spent 94 Tests as number-one – more than any other Australia batsman – while Don Bradman spent a record 6,320 days as the top-ranked batsman, more than anyone else in the history of the game.

Smith gained 49 points from his efforts in Jamaica, which means he also broke the 900-point barrier for the first time in his career. This makes him the 29th batsman to date and eighth Australia batsman after Bradman (961), Ricky Ponting (942), Matthew Hayden (935), Doug Walters (922), Neil Harvey (921), Mike Hussey (921) and Michael Clarke (900) to achieve the rare distinction, which in ranking terms means truly outstanding. He now sits on 913 points, which has given him 24th spot on the list of best Test ratings ever.

Last year in December, Smith had entered the four-Test series against India in 13th position on 730 points. This means he has earned 183 points and 12 places in six Tests, thanks to his aggregate of 1,052 runs at an average of 131.50, including six centuries and three half centuries.

Meanwhile, Clarke moved up one place to 14th in the latest batting table, while Adam Voges moved up five places to 60th. For the West Indies, Jason Holder continued his fine run of recent form with the bat and his 82 not out in the first innings helped him launch 21 places to a career-high 67th.

For the West Indies, Jerome Taylor’s match figures of six for 71 elevated him 13 places to 22nd.

In the Test Team Rankings, Australia retained their second position on 111 points, 19 points behind leaders South Africa and 14 ahead of fifth-placed England.