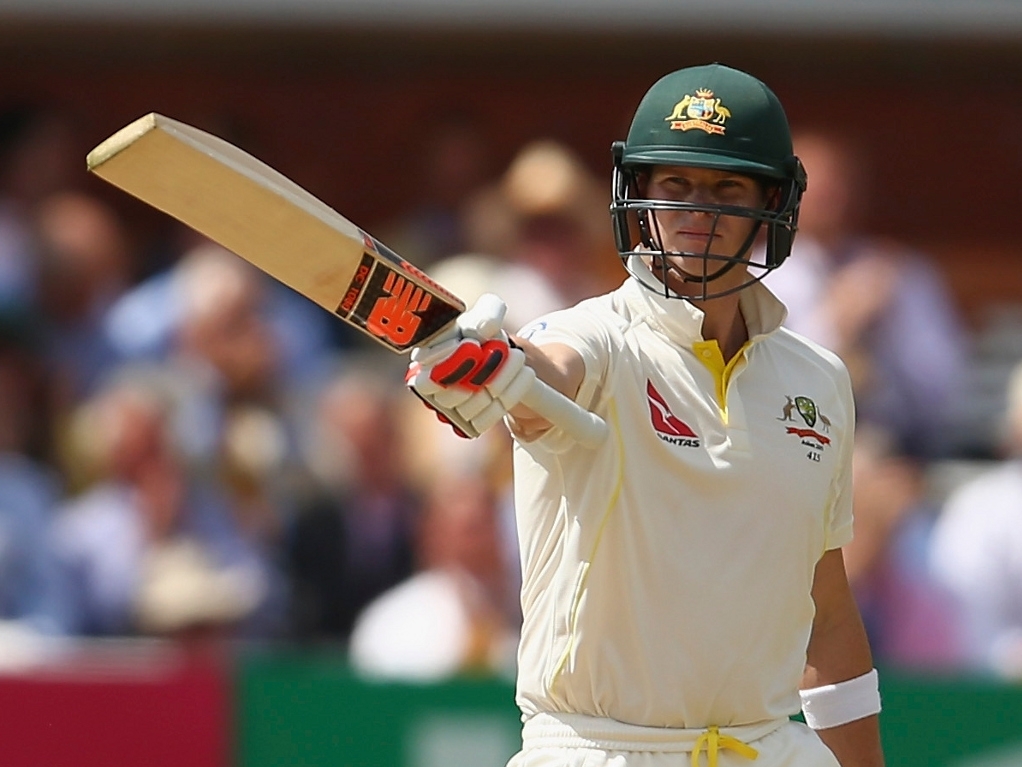 Australia batsman Steve Smith has returned to the top of the ICC rankings for Test batsmen after his side's thrashing of England in the second Ashes Test at Lord's, where he scored his maiden double century.

Smith was the leading batsman ahead of the Ashes, but when he failed to pass 33 not once but twice in the first Test, AB de Villiers reclaimed the top spot. But Smith was having none of that at the Home of Cricket.

He scored a superb 215 in the first innings, propelling his side to an unassailable total, and then adding 58 in the second innings before the knock was declared on 254 for two. Smith's double was the first by an Aussie at Lord's in nearly 70 years.

And De Villiers won't even be able to fight for his spot back in the series against Bangladesh this week, as he's not there. He's stayed at home to be with his wife for the birth of their baby, snapping his run of 98 consecutive Tests.

As for the bowlers, Mitchell Johnson has moved back into the top five after taking three crucial wickets in England's second innings at Lord's, banishing the ghosts from the last time he had a disastrous tour to the UK.

As such, along with Mitchell Starc, Josh Hazlewood and Nathan Lyon, all of Australia's front line bowlers are inside the top 20. Not even the Proteas can claim that. James Anderson, dropped out of the top five to sixth place.

As for the team standings, South Africa are still miles ahead, and will look to secure a two nil series win in Bangladesh to keep their firm hold on the mace. The Aussies are in second place.