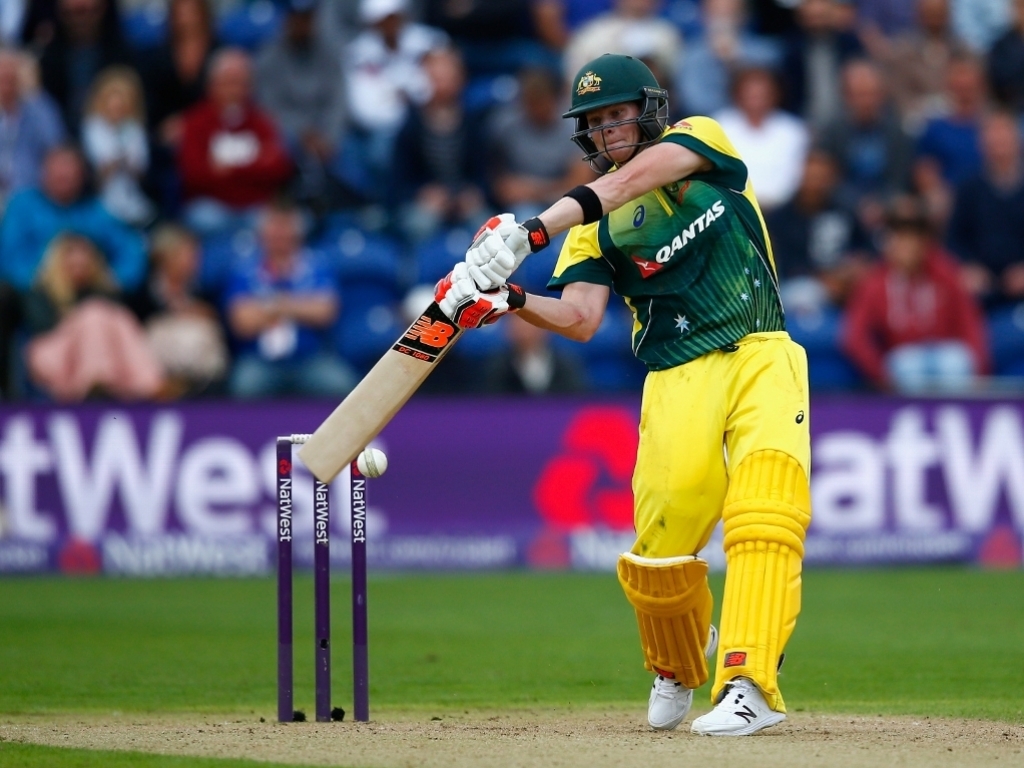 Australia captain Steve Smith lamented his side's lack of boundaries in the middle overs in the one-off T20 against England in Cardiff, saying that was the difference between the sides in the end.

England won the match in the final over by defending the 12 runs required, and Australia fell five runs short of the 182 England had set. They got that score thanks to knocks of 70-odd from both Moeen Ali and Eoin Morgan.

Smith said: "It was one of those games with similar innings, early wickets and two hundred stands. They were able to hit a few more boundaries than us. Credit Morgan and Moeen, they took the game away from us in the middle."

The Australian chase went well initially, and even as they lost regular wickets they looked on course, with Smith going great guns at one end. But his more explosive batting partners weren't able to stick with him.

He added: "The way to slow the scoring rate is to take wickets, Maxi got out and we couldn't get another partnership. I'm not as strong as some of the other guys so I have to try and find the gaps.

"We were in a pretty good position, the middle order just couldn't get a boundary away."

Smith eventually made 90, just 10 runs shy of his century in his first T20 as captain. He could have been the first players to score a ton on Test, ODI and T20 captaincy debuts, but alas.

He continued: "It would have been nice to have been 100 not out and win that game but it wasn't to be.

"I was disappointed when I got out. I was trying to get the side home and it didn't work out today."