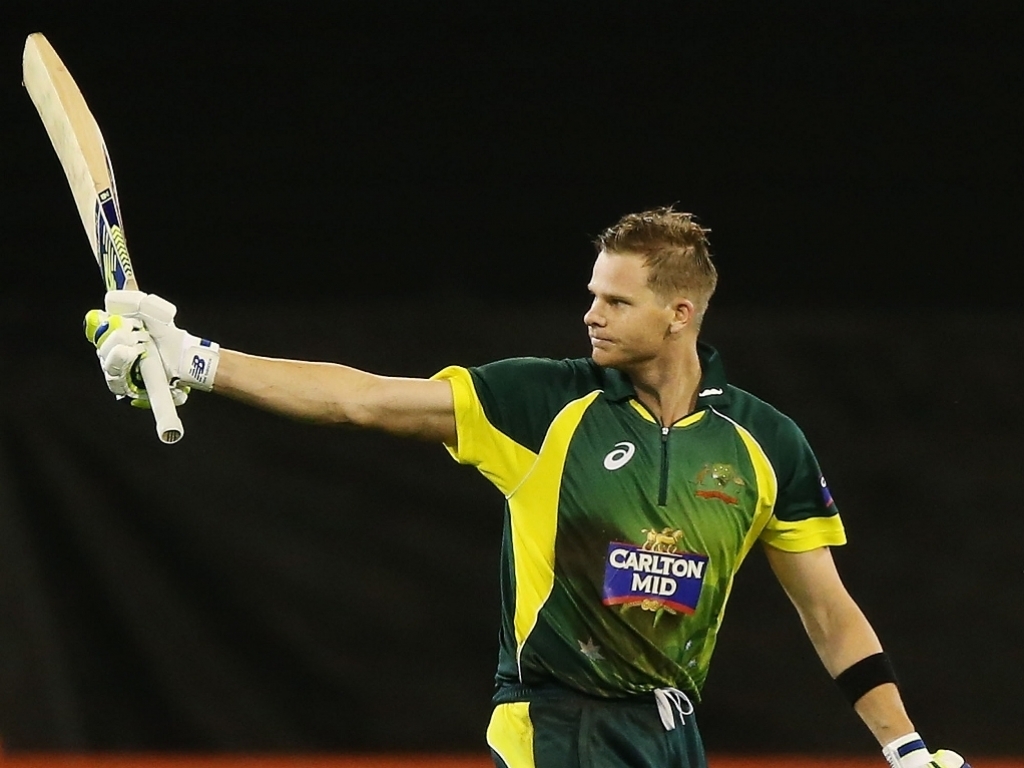 Australia may have already clinched the series against South Africa but they have the incentive of top spot on the world one-day rankings in Sunday's fifth ODI in Sydney.
The Australians reeled in South Africa's 267 for eight with a thrilling century from Steve Smith to claim a three-wicket win over the Proteas with an over to spare in Melbourne on Friday to take an unassailable 3-1 lead in the five-game series.
While Australia have wrapped up the series, Smith said the home side won't be short of motivation in Sydney, where another win will ensure they reclaim No.1 spot from World Cup champions India on the International Cricket Council's ODI rankings.
"It adds a lot," Smith told reporters after Friday's win.
"We pride ourselves on that. We try to get to No.1 in every form of the game.
"To win in Sydney would be great and to take that No.1 mantle back would be outstanding."
Smith added that Australia's one-day form augurs well for the World Cup in Australia and New Zealand in February, especially given the quality of the opposition.
"South Africa are a very good line-up," he said.
"To play the way we have and beat them 3-1, it's been very satisfying for us.
"It will be perfect to finish it off with a 4-1 victory and take back that No.1 spot.
"It's going to be nice playing the World Cup in our own backyard… hopefully, that (form) continues going into the World Cup."
South African coach Russell Domingo said taking Smith's wicket would be key to his side finishing their limited-overs tour of Australia with a win.
"He's obviously a big player for Australia at the moment and we've got to make sure our plans are in place when we play against him," Domingo said.
Proteas captain AB de Villiers looked in pain in the final stages of Australia's innings on Friday, constantly feeling his ribs, but Domingo is hopeful he will play in Sunday's final ODI.
"He just fell badly on his rib and I think he took a blow there in one of the games earlier in the series," Domingo said.
"Maybe just a bit of bad bruising. I think he should be ok (for Sunday)."
Domingo denied his side's first one-day loss to Australia in seven ODIs at the Melbourne Cricket Ground was a World Cup setback and said Sunday would be a chance for his players to nail down a spot in the squad for that tournament.
"Sunday is another chance to see what the right group is … we're pretty close to finalising (a squad)," he said.
"It's a great reminder of how much work still lies ahead before we can seriously challenge for the World Cup in three months' time."