Home Countries Smuts ton gets EP across the line

Smuts ton gets EP across the line 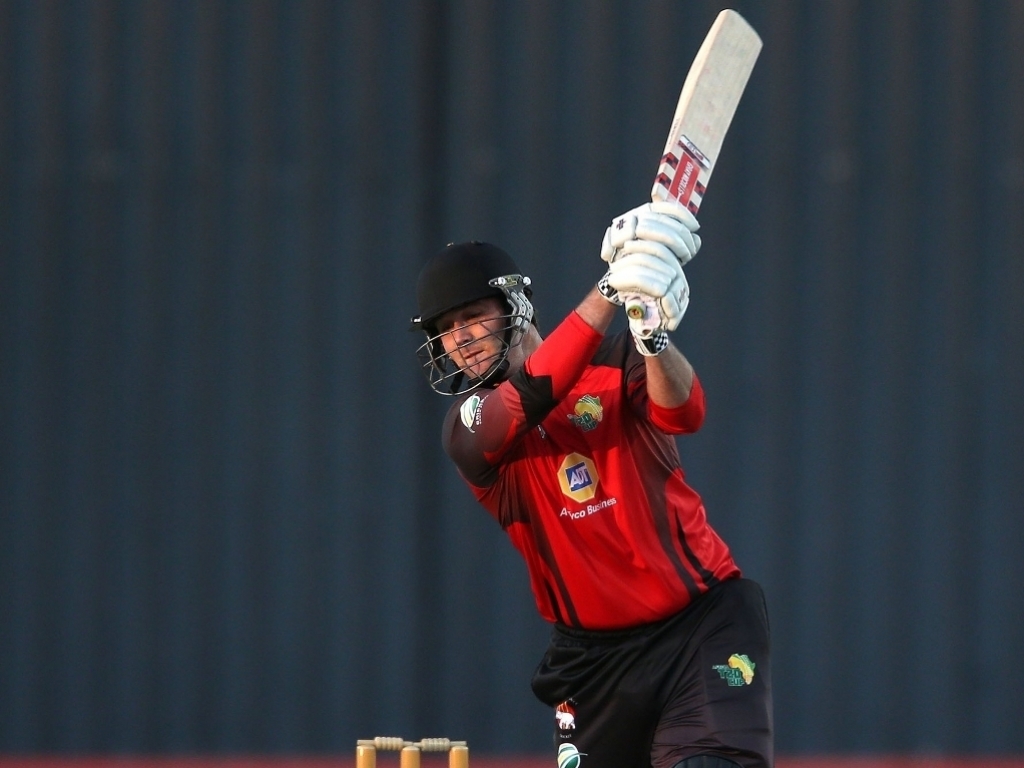 Jon-Jon Smuts scored his first century in the shortest format of the game and the first in the Africa T20 Cup as he led Eastern Province to a nail-biting three-run victory over Gauteng in the opening Pool D match at Boland Park on Friday.

Although Smuts’ century (103 not out off 63 balls, 6 fours and 5 sixes) was the individual highlight, it was a magnificent game of cricket with almost 400 runs being scored in the 40 overs bowled.

Afterwards Smuts paid tribute to the sportsmanship of the Gauteng side who gave him the benefit of a boundary line decision in the absence of a TV replay.

The other remarkable happening in the match occurred when Gauteng’s 20-year-old opening batsman, Delano Potgieter, dislocated his left shoulder while making a diving boundary save to the third ball of the Eastern Province innings.

He went to hospital for a scan but returned to open the batting for his side and it was the start he gave Gauteng (41 off 22 balls, 9 fours) that laid the platform for what was very nearly a successful runs chase in pursuit off a target of 200.

The latter seems to have been around for years but is, in fact, still only 25 years old. He displayed great innovative skills in manufacturing shots and the target seemed very much on while he was at the crease.

The fact that Gauteng have made him captain for this tournament may be just what he needs to become a top franchise performer.

Gauteng needed 49 off the last four overs with eight wickets in hand but the Eastern Province seamers bowled much better than their Gauteng counterparts had done and they just managed to close the game down.

Possibly the best bit of news to come out of the match was the fact that Eddie Leie bowled four good overs on his return from injury. He has had an operation on one of the fingers of his bowling hand and it was serious enough for the surgeon to tell him that the injury was career-threatening.