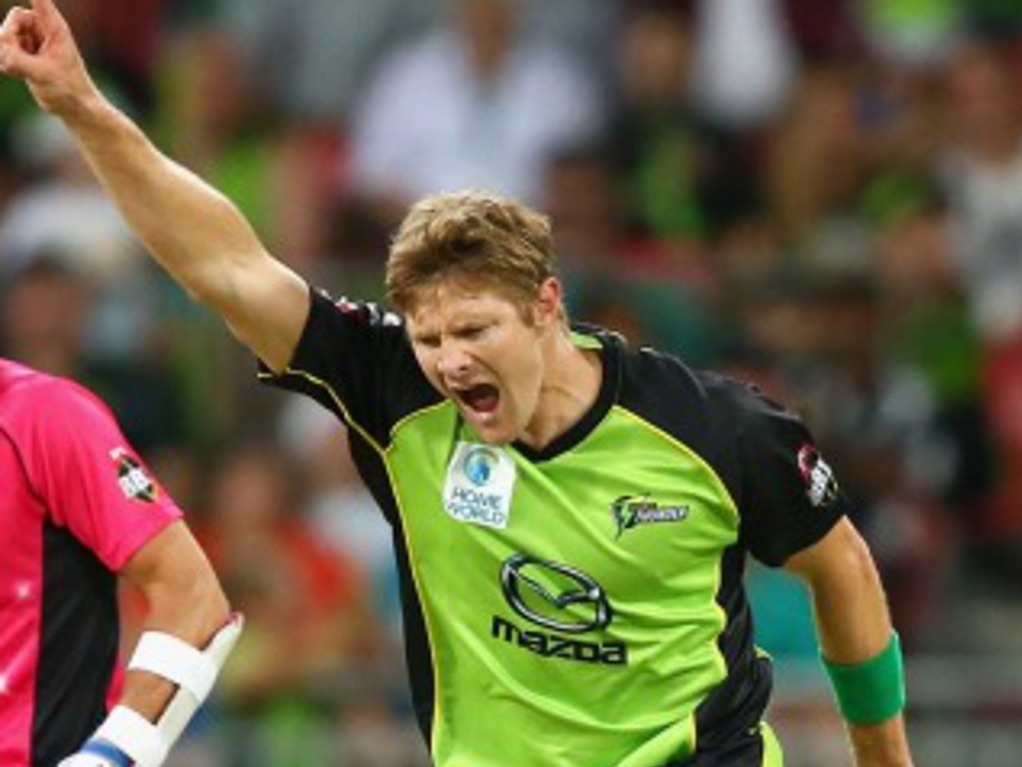 Australia may not have picked all-rounder Shane Watson for the first thee ODIs against India this month, but the selectors say the veteran player is still in the frame for a recall.

Watson, who has been playing in the Big Bash League for the Sydney Thunder, retired from Test cricket after the Ashes last year, but has not retired from limited-overs cricket. But he was overlooked in favour of Mitchell Marsh.

Selector Trevor Hohns said on the CA website: "Watto by no means is out of the picture.

"It's a matter of him showing us what he can do. We know what we can do, but it's up to these other guys now to grab the opportunity.

"It (his form) was a bit of an issue, there's no doubt about that. We obviously would like to see him in better form."

As for the World Twenty20 in India in March, Hohns said Watson was also in contention for that "He's very well-performed, so he'll certainly come into consideration for that."

Watson himself felt that his IPL experience would serve the team well at the WT20: "There's no doubt the Twenty20 world cup I've had in the past, and during the IPL, I've had quite a bit of success over there.

"I know the conditions very well. I just need to get back to my best, and I know what I can bring to the team when I'm there."