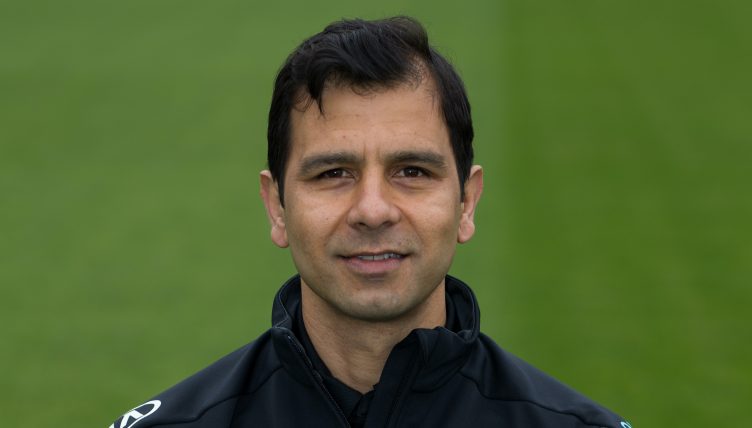 New Surrey head coach Vikram Solanki believes it can only be a positive that coaches from all backgrounds are given opportunities.

Former England batsman Solanki has been part of the Brown Caps’ backroom staff since retiring as a player in 2016 and he becomes the first British-Asian to be given a head coaching role in county cricket.

Solanki replaced Australian Michael Di Venuto and brings a wide range of experience to the role, having also worked as an assistant coach to the likes of Gary Kirsten in the Indian Premier League and Tom Moody in Dubai’s T10 competition.

Solanki hopes his appointment can accelerate opportunities for others from a diverse background.

He said: “I think we have encouraged people from different backgrounds. I played with players from all backgrounds.

“I’ve coaches, players from all backgrounds. I suppose I should temper that by saying I appreciate that might not be the experience for everyone else.

“But at Surrey, with the numerous programmes to encourage involvement of people from different backgrounds, I consider it as something that’s on-going. If this accelerates all of those matters, then great.

“Do I think it’s necessary? I think society and all walks of life should reflect the sort of demographic that is present in England. If that can be the case in cricket then that’s great. “

Solanki is unsure why it has taken so long for a British-Asian to be given the opportunity as a head coach.

He said: “I can’t offer you an opinion strictly on the fact that my position is the first British-Asian as a head coach. There are some brilliant coaches – I do know that.

“I speak to some coaches from BAME backgrounds – the likes of Min Patel. He’s a brilliant coach.

“I often seek his advice; there was an incident when we were talking about spin bowling, and he had some great advice for one of our younger spinners.