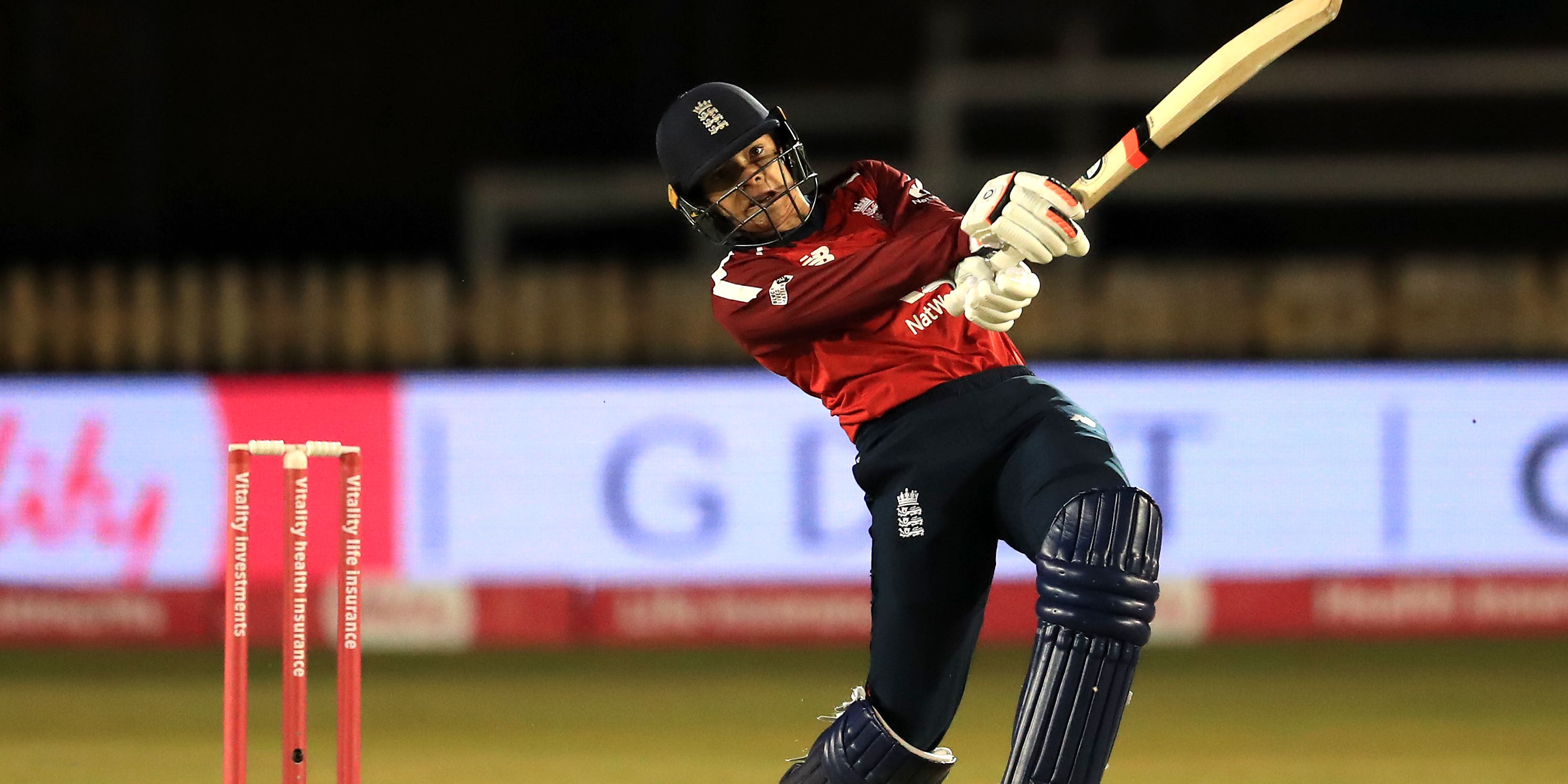 Sophia Dunkley has been awarded her first England Women’s central contract for 2021-22, one of 17 players to receive a deal.

The South East Stars all-rounder made her England debut at the Twenty20 World Cup in 2018 and has scored a domestic century already this season.

Dunkley was one of 17 players awarded central contracts ahead of a busy English summer which features 15 matches.

The women’s team will begin the summer with their first Test match against India in more than seven years, followed by six white-ball games against India before New Zealand arrive for three T20s and five one-day internationals.

This year will also be the first full domestic summer since the England and Wales Cricket Board decided to offer professional deals to 41 players as part of regional hubs to boost competition for places at the top level.

“The central contracts, along with the roll out of professional women’s domestic contracts, provide a fantastic opportunity to develop a larger pool of players pushing for selection and help strive for success on the field for England Women.

“We’ve continued to work closely with the England Women’s Player Partnership (EWPP) and the PCA to establish a comprehensive and objective process that underpins the awarding of central contracts.

“We will keep working in collaboration for the benefit of the players as we continue to grow and develop the professional women’s game.”

The contracts run from May 1, 2021 to October 31, 2022 to align with the professional deals at the eight regional sides.