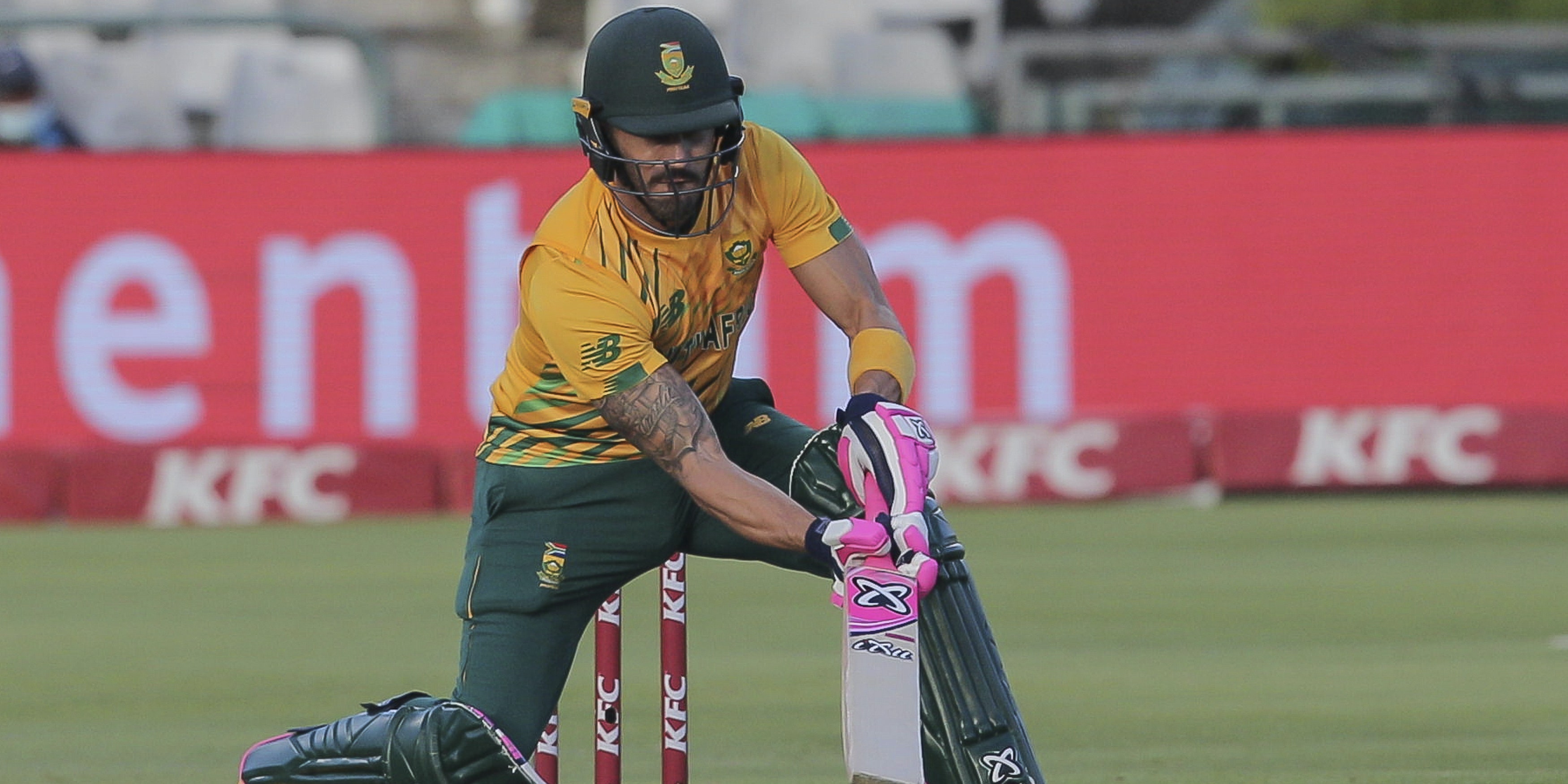 England were left chasing a steep 192 for a Twenty20 series whitewash over South Africa after a wonderful century stand from Rassie van der Dussen and Faf du Plessis.

The hosts were under pressure on 66 for three at the halfway mark but dominated the remainder of the innings as Van der Dussen clubbed a relentless 74 not out from 32 balls and Du Plessis made 54no from 37.

A whopping 84 runs came from the last five overs, as Van der Dussen finished with five sixes and as many fours, while Du Plessis showed his own hitting power.

Among the painful figures, Chris Jordan became England’s record T20 wicket-taker, overtaking Stuart Broad’s mark of 65 when he dismissed Quinton de Kock for the third game in a row, while Adil Rashid was unscathed in a spell costing just 20.

Temba Bavuma and De Kock shared an opening stand of 32 against the new ball before Jordan entered the fray to continue his dominance over De Kock, a mis-hit skied to Tom Curran in the ring. Jordan punched the air with a little more fire than usual, with his team-mates rushing to mark his landmark moment.

South Africa’s powerplay score of 44 for one was competitive but things soon went south, reaching the halfway mark on 66 for three following a handy double strike from Ben Stokes. Bavuma failed to get him up and over mid-off, while Reeza Hendricks nicked one hung up outside off.

Du Plessis and Van der Dussen soon began building the counter-attack their side badly needed, scorning their first 50 runs in 36 balls before hitting the gas. Du Plessis took the bulk of the 16 that Tom Curran conceded in the 16th, before Van der Dussen entered the zone.

He single-handedly took 22 off a shocked Jofra Archer in the 17th – with two sixes and two fours – and finished with aplomb by pounding Jordan for another 20 as England continually missed their marks.