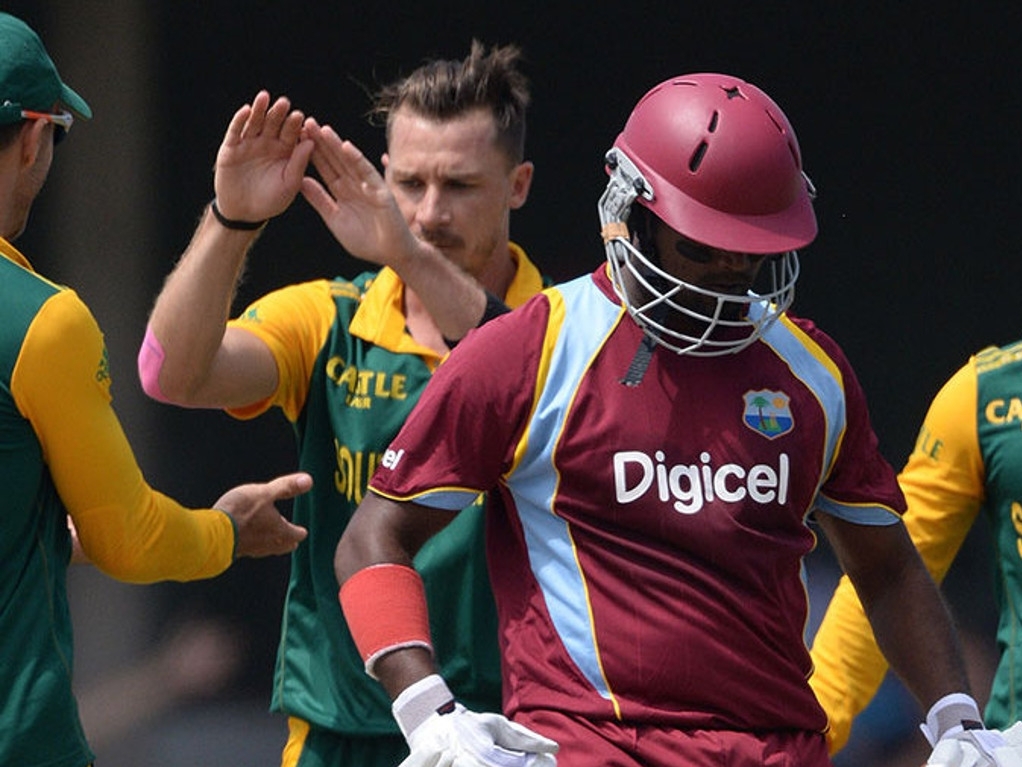 The visitors chose to bat after winning the toss, but never dealt with the feared Proteas attack, losing wickets regularly to stumble to 122 all out. The total could’ve been under 100, but a last wicket stand of 26 between skipper Jason Holder and Suleiman Benn spared that embarrassment.

Tahir again showed why he is such a factor with the ball in ODIs, claiming career best figures of four for 28 as the Windies managed to bat just 33.4 of their allotted 50 overs.

Tahir was ably assisted by Vernon Philander who grabbed three which included both openers, reducing the visitors to 52 for five at one stage.

The Proteas reply was near flawless with only Rilee Rossouw losing his wicket for seven. Amla and du Plessis then combined for an unbeaten 97-run second wicket stand to ensure triumph with all of 152 deliveries to spare.

Philander was named Man of the Match. The fourth ODI will be played in Port Elizabeth on Sunday.