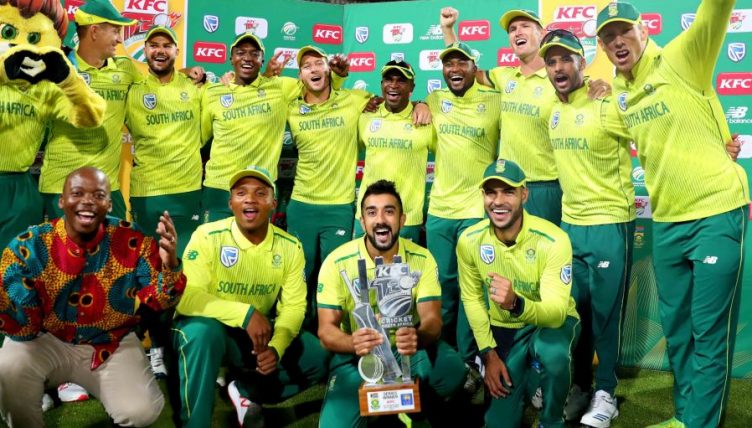 South Africa wrapped up a 3-0 whitewash in their T20 series with Sri Lanka in Johannesburg on Sunday.

The Proteas, who also whitewashed the tourists in the preceding One Day International series, posted 198-2 off their 20 overs, with Dwaine Pretorius proving the star of the show as he recorded an unbeaten 77 from his new position at number three in the order.

The 29-year-old, who had never previously batted higher than number six for South Africa, thumped seven fours and three sixes as he registered his first T20 international half-century.

Pretorius was ably supported by Reeza Hendricks, who finished on 66, as well an unbeaten knock of 34 off just 14 balls from JP Duminy.

Sri Lanka started well in response, as they quickly made it to 42 without the loss of any wickets.

However, the tourists then slipped to 96-6 before a rain delay meant that their target was revised to 183 from 17 overs – which meant they needed a further 72 to win off their remaining 35 balls.

The tourists never got close to reaching that target, however, as they were all out for 137 despite a spirited knock of 36 from Isuru Udana.