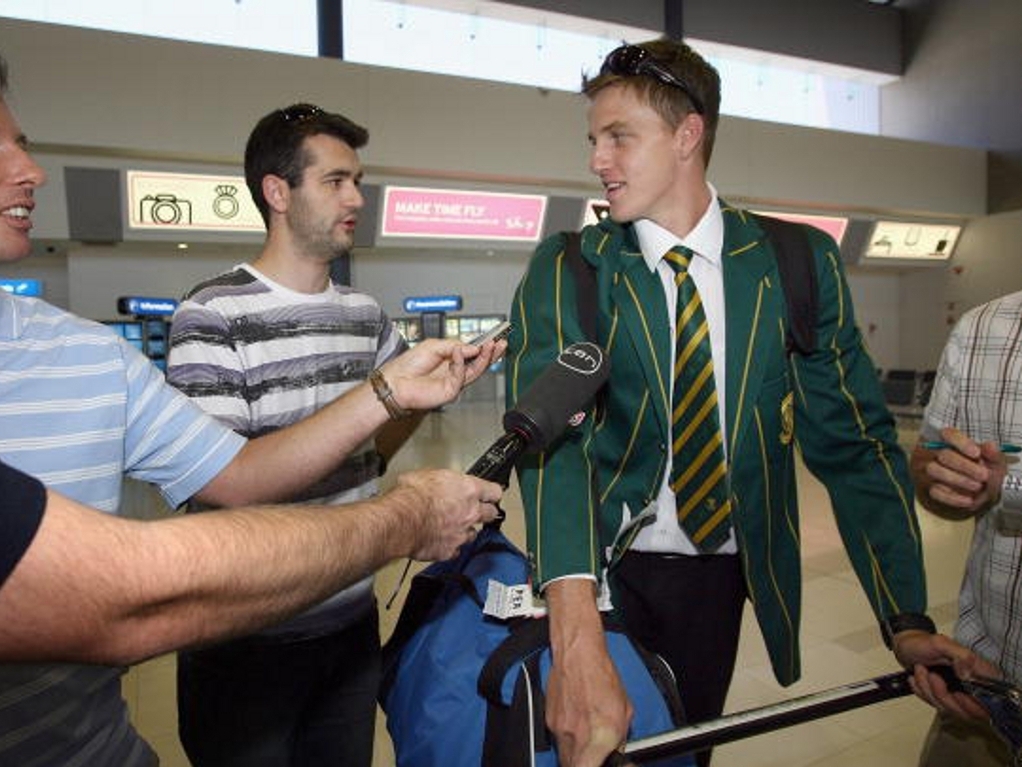 The announcement by the Titans that coach, Rob Walter, would be leaving South Africa to coach in New Zealand has highlighted a growing problem for cricket in the country.

An unnamed player spoke to ESPN Cricinfo about the issues facing South African cricketers and coaches, saying: "I'd say 80% of the reason players leave is money,

"In South Africa we just don't have the amounts to pay our players what they can get overseas. And when they are at a level that is not international, there is a lot less stress. Some players just decide they don't need that high-pressure anymore."

Two top players said to be considering their future are the pace duo of Morne Morkel and Dale Steyn, who have spearheaded the Proteas attack for a number of years but Morkel was left out of the World T20 and Dale Steyn was 'rested' for the tri-series in the West Indies.

Steyn has opted to take up contracts with Glamorgan and the Jamaica Tallawahs in the CPL, Morkel was placated by being added to the tri-series squad but, played only two games and is now engaged in the CPL as well.

The player added: "I don't blame Morne Morkel for thinking that way. He has been messed around. It is very strange how the senior seamers have been treated. I don't think they have been managed well,

"The same thing with Dale Steyn. No-one had the gumption to say that he has had a tough 18 months in white-ball cricket so he is being dropped for the West Indies series and is going to England to find form; instead they said they are resting him. It's no secret Dale is not the happiest camper out there at the moment."

Walter is the most successful coach on the domestic scene which, one would think, would put him in line for a role with the national team but sources close to the coach believe this is not the case, and he has gone abroad to open up more opportunities.

A source close to Walter is quoted as saying: "Rob wants to coach an international team and sitting at the Titans for another three years might not get him there,

"He knows that Geoffrey Toyana is probably the next national coach and deservedly so, so moving might give Rob the opportunity to coach much sooner."

Much has been made of South Africa's transformation policy, the players are crying out for clarity on the issue, with the same unnamed player saying: "If you are good enough, you will play for South Africa no matter what colour your skin and we know that,

"But CSA need to be open and honest about transformation and then you will have fewer players leaving. The players just want to know: these are the rules and this is what we have to do. That's all. They keep saying there is no quota, there are only targets, and that is a lie.

"At the same time we have to stop saying every time someone of colour gets a position that they are only there because of their colour. We have very deserving people."

One senior administrator is not overly concerned with the exodus though, and puts it down to the globalisation of sport and the weak South African currency, saying: "If an engineer leaves to work in Dubai we read less into it than when a sportsperson leaves,

"We need to be careful of reading too much into it. The bottom line is that the rand has slipped and guys can make money elsewhere."