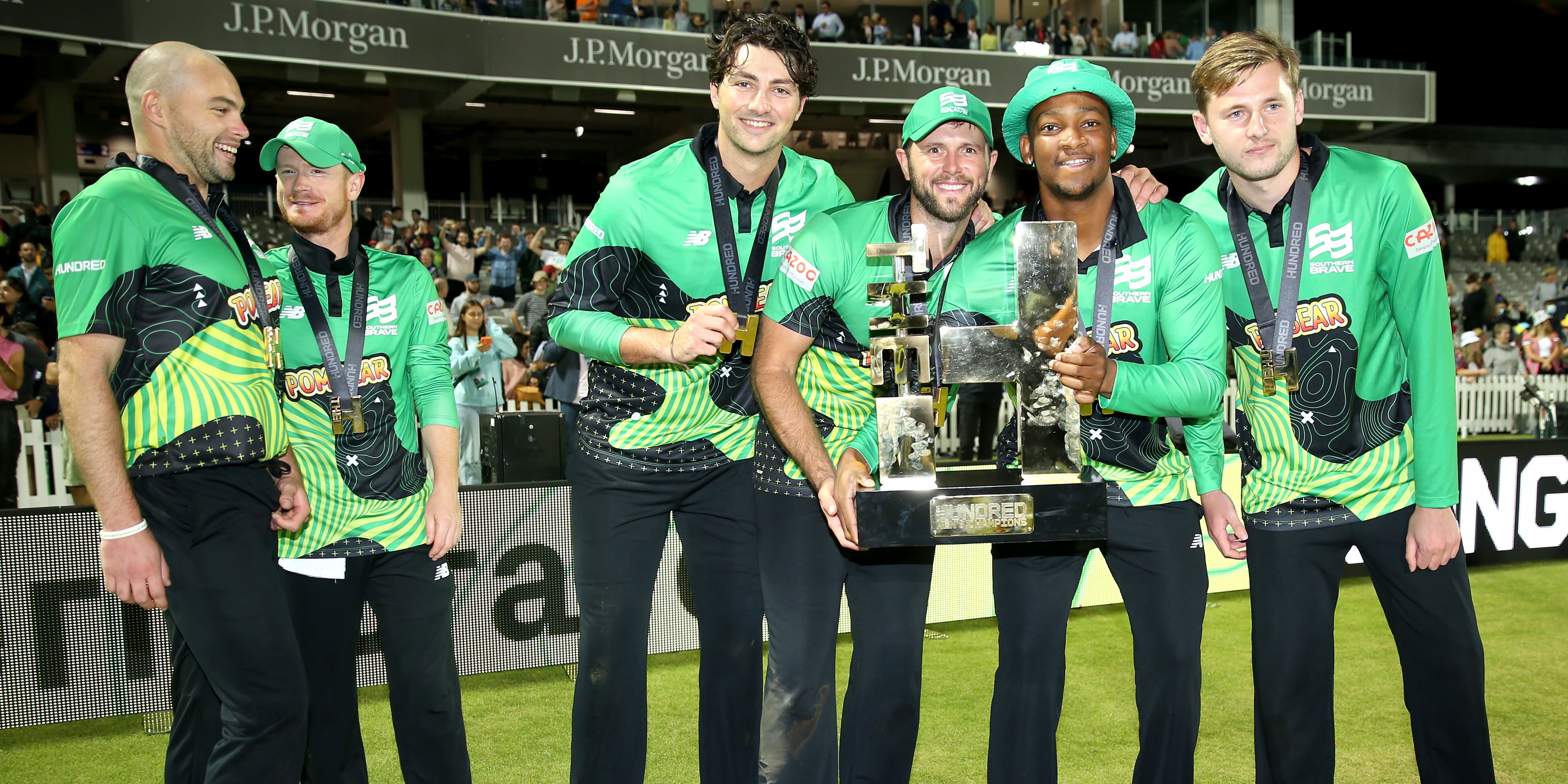 Paul Stirling and Ross Whiteley starred as Southern Brave became the first men’s champions in The Hundred after they defied Liam Livingstone’s pyrotechnics to defeat Birmingham Phoenix in the inaugural final.

Stirling clubbed six sixes in his 61 off 36 balls while Whiteley cleared the rope on four occasions in an unbeaten 44 off 19 as the Brave posted 168 for five, a total that would have been larger were it not for paceman Adam Milne.

Milne registered two for eight from 20 deliveries and then team-mate Livingstone took centre stage, hitting four fours and as many sixes in a 19-ball 46 before being run out as the Brave won by 32 runs under the Lord’s lights.

An outstretched Tim David just failed to get his hands underneath a catch at deep cover but his direct hit as Livingstone returned for a second run caught the in-form batsman out of his crease and proved the defining moment.

Moeen Ali’s departure for 36 off 30 ultimately ended Birmingham’s interest as a collective bowling effort from the Brave saw them over the line, just a few hours after their women’s side had been crushed by Oval Invincibles.

This was a seventh successive triumph in completed matches for the Brave, who booked their spot in this showpiece by trouncing Trent Rockets in Friday night’s eliminator, a victory that owed much to a polished bowling display.

On Saturday night in front of a 24,556 fans, it was their batsmen and Stirling in particular who put the Brave on the front foot after they were asked to bat first.

Stirling got stuck into his work by rocking on to the back foot and pulling Dillon Pennington all the way but Milne was showing his prowess with crafty changes of pace, up at 94mph at one point but then dipping down to the low 80s.

His quicker ball hurried Quinton De Kock, the South African dangerman lapping to Pennington at short fine leg, with Milne’s first 15 deliveries yielding just three singles as the Brave reached 25 for one from the 25-ball powerplay.

Brave captain James Vince was bowled after missing a slog sweep off Imran Tahir, who celebrated with a familiar running celebration, but Stirling’s power-hitting ensured his side did not become too bogged down.

Benny Howell was twice taken the distance, as was Tahir, the second of which took Stirling to a 31-ball fifty. In attempting to throw the sink at a Howell knuckle ball, Stirling nicked off although new batsman David’s 15 off six balls ensured no momentum was lost.

Moeen, back to captain the Phoenix on his return from England duty, conceded just five from his only set as the Brave reached 110 for four after 75 balls, after which Whiteley took centre stage with some brutal hitting.

He drove then pulled Livingstone for a couple of fours before Howell was launched back over his head for six. After Milne returned to snare Alex Davies for 27 off 20, Whiteley ensured the Brave finished with a flourish with a couple of slogged sixes either side of a fortuitous inside edge for four off Pennington.

The Phoenix made an inauspicious start to their chase as David Bedingham followed up his nought in the Royal London Cup final for Durham on Thursday with a two-ball duck, slicing George Garton to David, who superbly held a low chance.

Garton set the tone and was ably backed up Craig Overton, who accounted for Will Smeed, which brought Livingstone to the crease. The Cumbrian, whose 92 not out from 40 balls had sent the Phoenix directly into the final, deposited his third and fourth legal deliveries into the stands, spoiling Garton’s figures and igniting the Phoenix charge.

Moeen was dropped on 15 in the deep after Overton lost his footing while, from the next ball, Jake Lintott put down a sharp return catch off Livingstone, who flayed the leg-spinner for four-four-six. Just as it seemed the tide was turning, Livingstone was run out David’s direct hit from the deep.

Livingstone’s unexpected downfall left Moeen, the poster boy of this competition, with much to do and while the England all-rounder took sixes off Lintott and Garton, the asking rate was beginning to escalate.

Moeen attempted to repeat the trick off Lintott only to pick out Overton at long on to depart for 36 off 30. With 72 required from the last 34, Birmingham’s best hope went with Moeen as they finished well adrift on 136 for five.