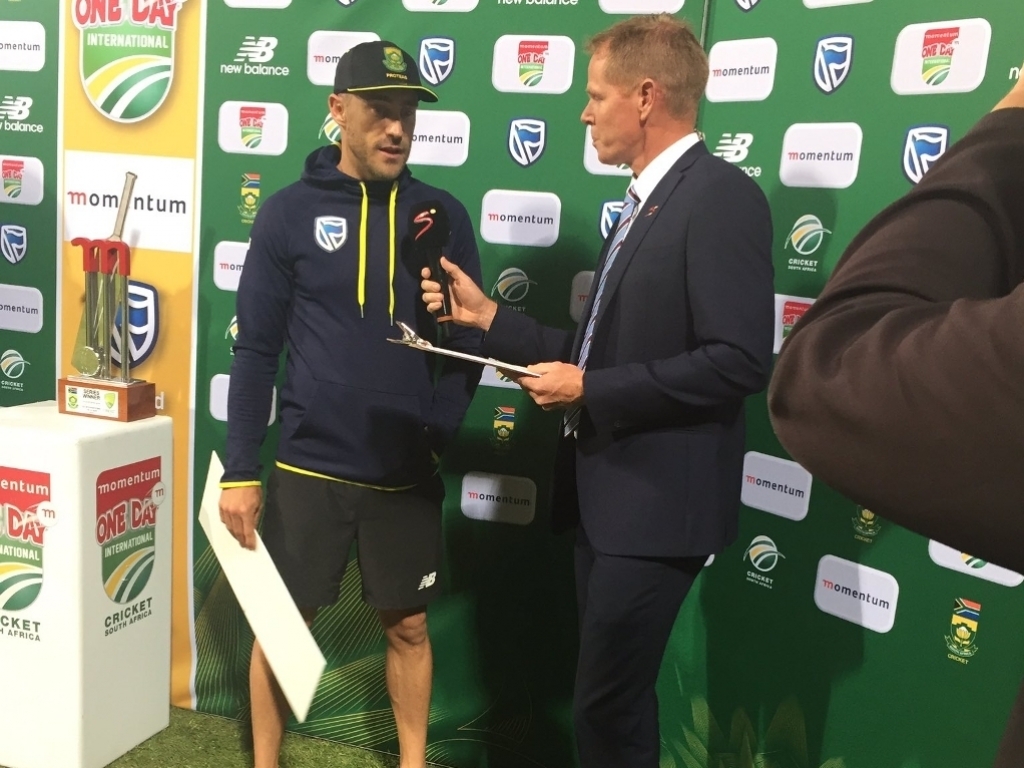 The Proteas successful chase of a mammoth total at Kingsmead in Durban on Wednesday left stand in skipper Faf du Plessis at a loss for words.

South Africa appeared to be dead and buried until two of KwaZulu-Natal's own David Miller and Andile Phehlukwayo put on an unbeaten stand of 107 to see them over the line.

Speaking after the win Du Plessis said: "To win a game like that when you're supposed to lose, when you're down and out then you have someone put their hand up and take you across the line, it's as good as it gets.

"I don't have any words to be honest.

"I think there's a lot of people if you asked them 3-0 to South Africa against the No. 1 team in the world, they would have possibly laughed. It just shows which direction we're going as a team at the moment, we've played some really good cricket in all formats and I'm really excited about what lies ahead.

"I'm just out of words, I'm so happy at the moment because I never would have thought 3-0 would have been possible against this Australian side."

Du Plessis doesn't believe that Australia will use their under strength bowling attack as an excuse for the series defeat.

The skipper added: "I think as an international team you cannot use that as an excuse, never.

"I've been part of a South African team when we had no Dale Steyn and no Vernon Philander in our Test team, and you can't use that as an excuse.

"You have to find a way as a team to try and compete against the best teams in the world and we didn't in that series against England and it would have been a lot different with the two of them playing.

"But you can't use that as an excuse, you have to find a way as a squad to try and compete. There's a little bit of inexperience there but they would be the first guys not to blame their weakened attack. They're the No. 1 team in the world and they know they still have to put up a good fight against us."