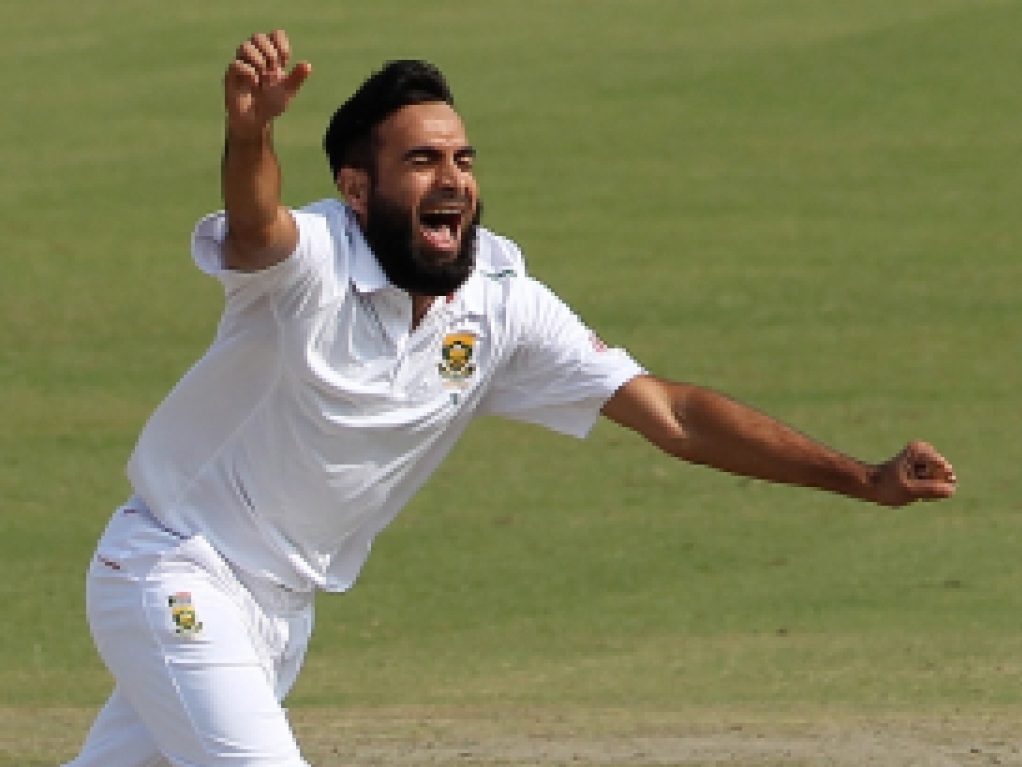 South Africa's legspinner Imran Tahir says he has embraced the extra pressure that comes from bowling in Indian conditions in the current Test series against India.

Tahir took match figures of six for 71 in the Proteas' 108-run loss in the first Test in Mohali, and believes pressure is an element of international cricket he has learnt to use to his benefit.

The 36 year-old Tahir said: "The pressure is always there, it doesn't matter where you play. It's how you cope with it that will set you apart.

"There is definitely pressure, everyone expects you to take wickets because its turning miles and the Indian spinners are taking wickets. I focus on what I need to do for the team, that is how I challenge myself.

"I don't like to look outside of it, at the end of the day I give my 100 percent for the team, that is satisfying. I'm very glad with the way that I performed in the game.

"There was probably one patch where I didn't bowl well, it was towards the end of the second day, but other than that, I went into the game with the big belief that I can do something. I've worked hard and I'm happy to see it paying off.

The Proteas' second Test, of the four-match series, against India starts in Bangalore on Saturday.