Home Countries Australia Spinner Zampa relieved to get off the mark

Spinner Zampa relieved to get off the mark 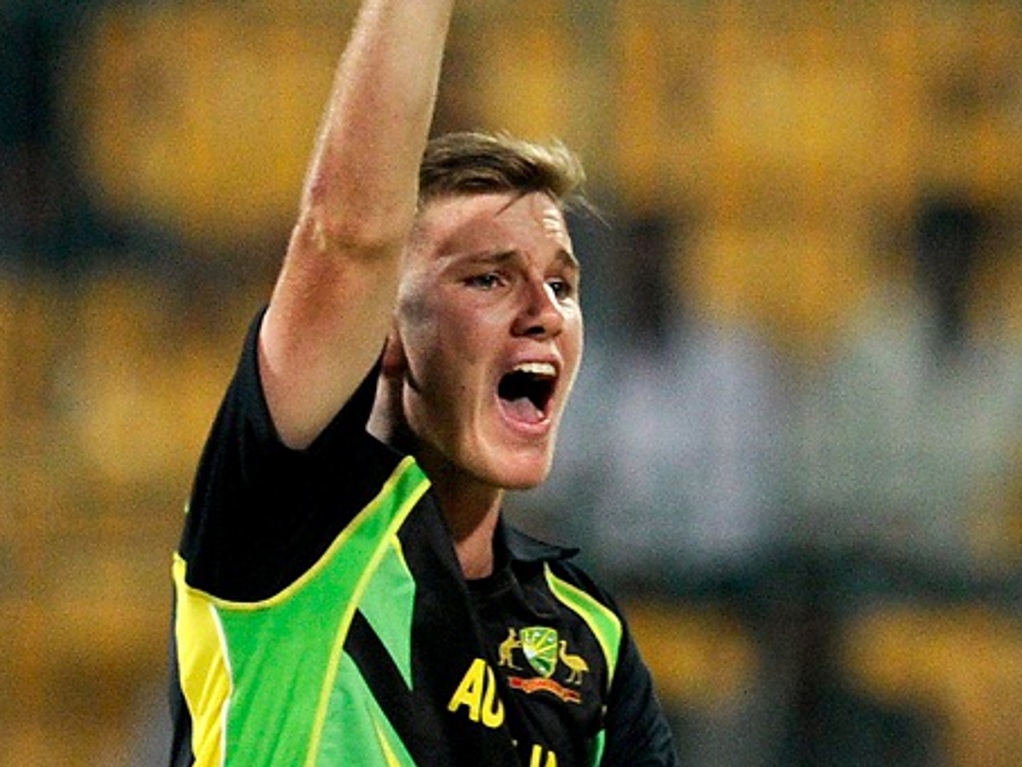 Australia spinner Adam Zampa feels he's finally getting used to the bowling conditions in India, and was relieved to get his first T20 international wickets under his belt, taking three against Bangladesh.

Zampa took three for 23 against the Tigers in their World Twenty20 group match, helping to keep Australia's chase target under 160, and the leg-spinner said afterwards that he enjoyed how varied bowling could be in India.

The 23-year-old said after the match against the Tigers, which the Aussies won by three wickets: "The wickets in Australia don't spin as much, and hitting the wickets over there is crucial.

"My plans haven't changed as such, but the lengths that you bowl here, the players can hit it in different areas than they do in Australia. That's something I'm trying to get used to quickly.

"The ball sticks in the wicket a bit here, as we've seen tonight. It's a little bit slow off the pitch and my first wicket was a pull shot hit to deep midwicket.

"In Australia that ball would probably skid on to leg stump, and it's harder to play those shots. So the length that you bowl is crucial. You use changes of pace as well over here.

"Generally if you change your pace in Australia, you get smacked over your head."

As for the side's mini collapse when batting, losing four quick wickets in the chase, Zampa said they were trying to get the runs quickly in order to get their net run rate up, in case it's needed later on.

He said: "When you're chasing those totals you can afford to take those risks at the end. That's what we did, and it didn't pay off for us tonight.

"The wicket was quite nice. It was holding up a little bit. We were a bit disappointed at giving away that many, but we were pretty confident with chasing it.

"We still won with nine balls to spare, so it was a pretty convincing win, I think. But it's also something that we've spoken about recently – the middle-overs batting.

"It's something that we didn't really do quite well against New Zealand, and we haven't done it well tonight either. It's something we will probably speak about."